Having made a fortune in real estate, Damian Aspinall began a career in wildlife, taking over the conservation foundation his father had founded. What’s particularly close to Damian’s heart is the work they do with gorillas. He’s been personally involved in the rescue and rehabilitation of dozens of injured, neglected, or orphaned gorillas. If possible, they’re returned to the wild and Damian has been known to travel to Gabon, in west central Africa, to see his old friends. On this trip, he brought his daughter Tansy.

It took several hours of cruising up and down the river, but eventually Djalta and Bimms answered Damian’s call. These were two gorillas he’d helped raise since they were little. They remembered their old human friend and were overjoyed to see him. “It was fantastic to see the greeting I got. I felt such love from them. When they hold you and ask you to hold them, like gorillas do, there’s no greater privilege. Bonding with a gorilla is one of life’s great experiences.”

When he embarked on this trip, Damian had no idea how the gorillas would react to seeing Tansy. Like the gorillas themselves, Tansy was a toddler when Djalta and Bimms first met her and they formed a strong bond as they grew up together. But at this point, they hadn’t seen her in 12 years.

Djalta was staring at Tansy and once he started making a gurgling sound, Damian knew everything would be okay. As she recalled, “I hadn’t seen him since I was really young, since I was about twelve, so I wasn’t sure he’d remember me. But I think him and Bimms definitely remembered me. I mean, it was so sweet and so gentle.” In fact, when it was time to leave, the two gorillas made it clear that they really wanted her to stay!

To see this touching reunion, have a look at the video posted below. It isn’t surprising it’s racked up over 20 million views.

We’d love to hear your thoughts in the comments section below. Be sure to like and share, too! 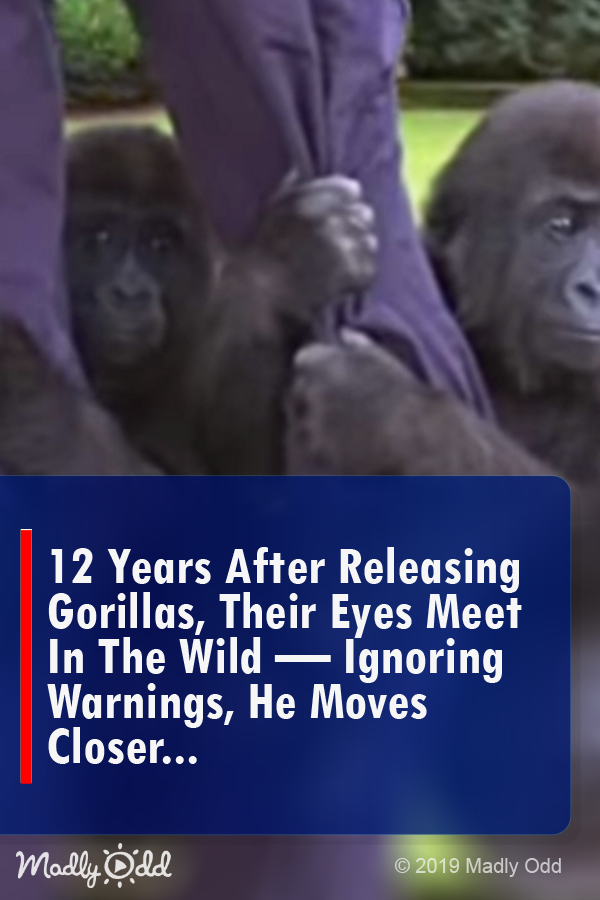