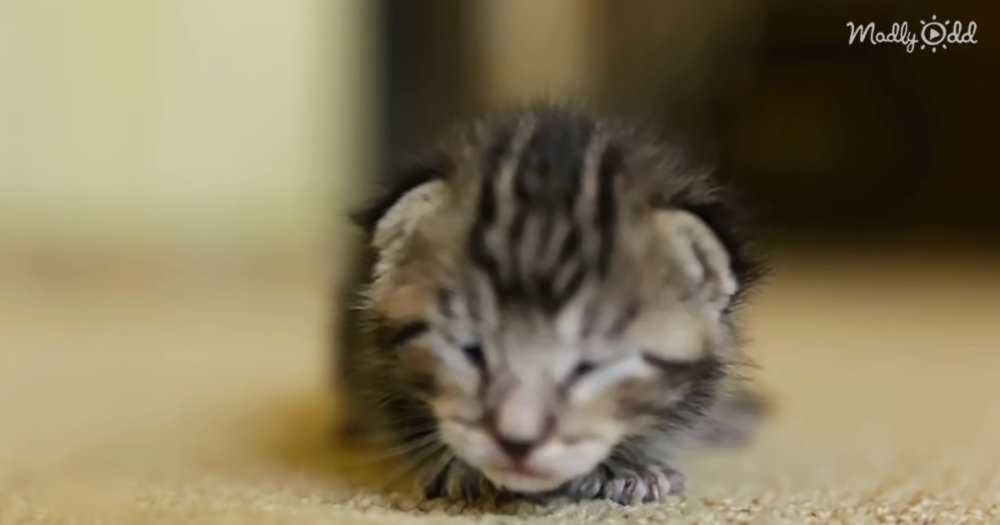 This story will move you. Get your tissues ready because you’ll need them. Chloe, an adorable little kitten that is only eight days old, she was found alone and brought in to the Downey Shelter, one of the highest kill shelters in Los Angeles.

Chloe was sent to a shelter that just happened to be closing in a short while the day she was brought in. There were only twenty minutes to find a rescue team to foster Chloe, or she would be euthanized. Several agencies were called, but none could get there in time. 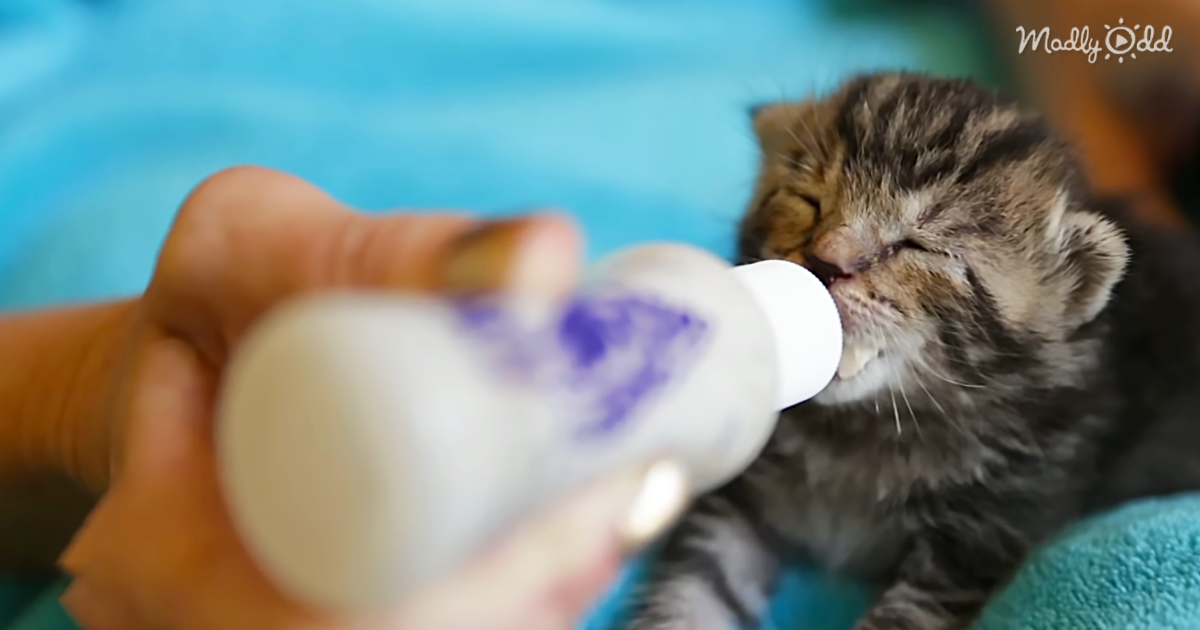 Then they rang Cats at the Studio Rescue, and they said, ‘Yes!’ By 11 pm, little Chloe was in the care of a foster mom. At only eight days old, Chloe didn’t even have her eyes open yet. Not only that, she wasn’t able to latch on to the bottle to feed. With a little gentle encouragement, Chloe eventually got the hang of the bottle and soon was feeding every three hours.

Without the quick response from Cats at the Studio Rescue, poor Chloe was destined to be euthanized. This sweet little kitten was saved though by some wonderful humans and will go on to find a permanent, loving, fur-ever home. Thanks as always to these animal-loving superheroes. 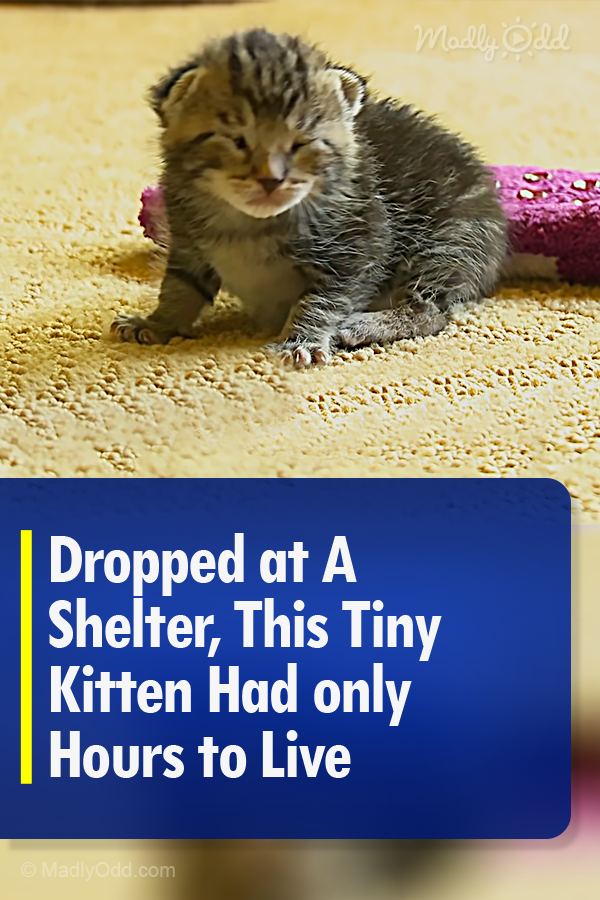