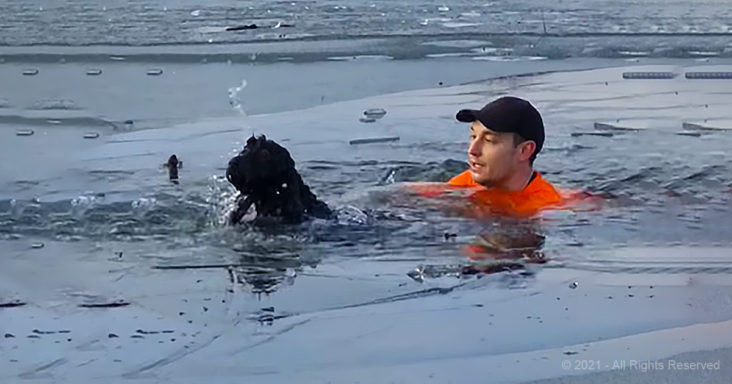 Several shocked bystanders, including the dog’s owners, stood by while a brave jogger braved the cold to rescue a dog.

A black dog walked out on the ice of a frozen pond. He fell through the ice and struggled to keep his head above water.

A passing jogger noticed the dog in the pond, and when he didn’t get himself out of the water, the jogger decided to rescue him.

The dog paddled desperately in the water. The man got in the water and broke the ice away. He moved closer to the struggling dog.

Once he reached the dog, he grabbed him behind the scruff of its neck and pushed it towards the shore. The dog began to swim.

When the dog reached the shore, bystanders pulled him and the man out of the water. The bystanders were grateful that they both were safe. 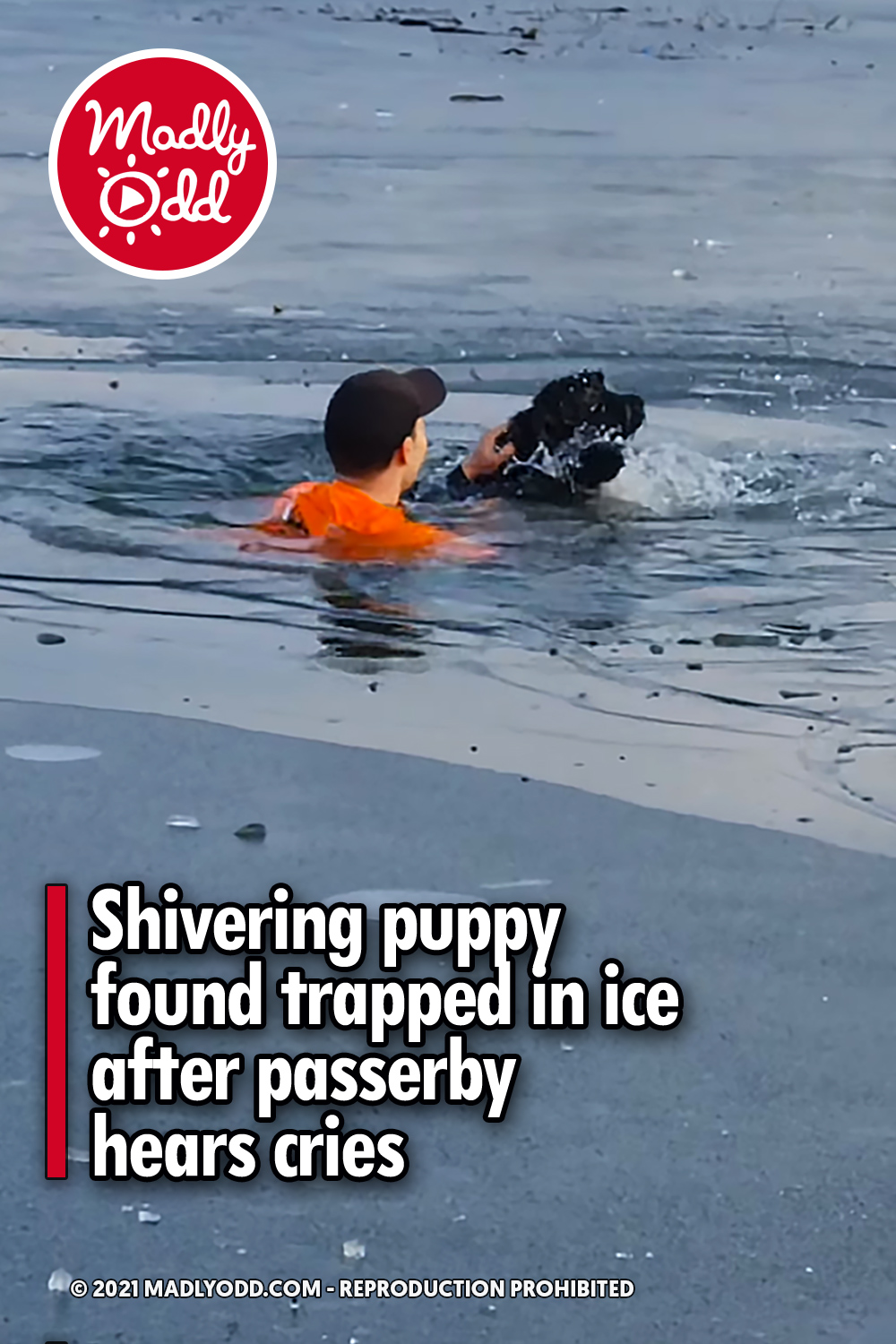