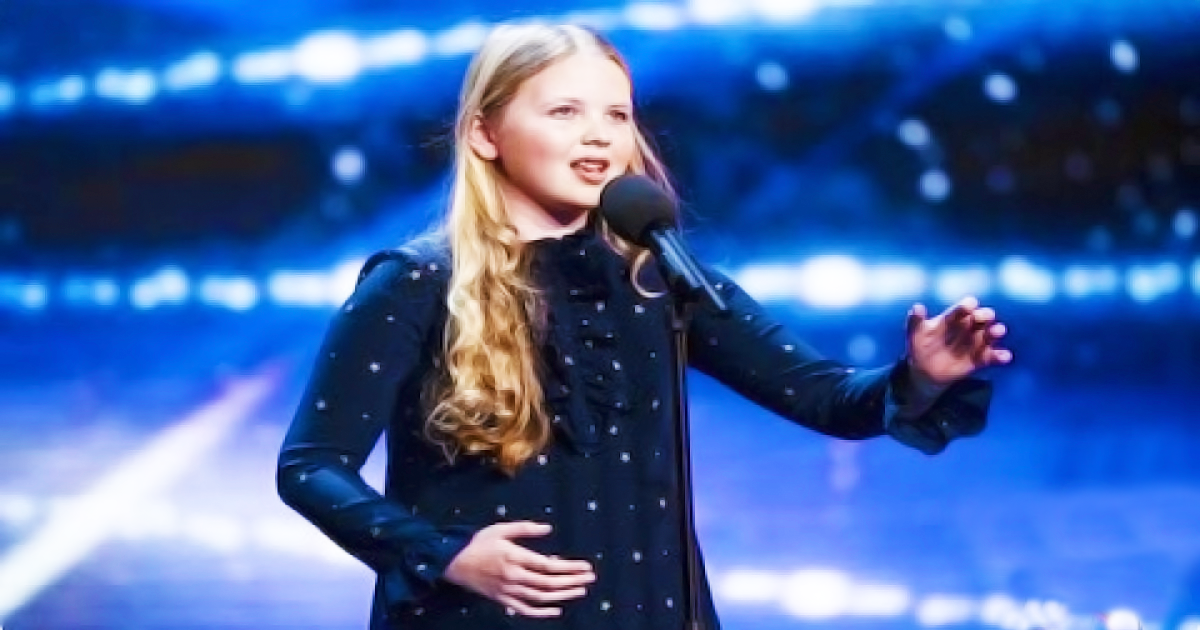 Defying Gratify is the famous first act finale in the smash hit Broadway musical, Wicked. The song of the same title, “Defying Gravity”, has become one of the signature anthems of Wicked together with “Popular”, “For Good”, and “I’m Not That Girl”. It is a song of startling range and power, not to be attempted by the faint of heart.

But it was precisely “Defying Gravity” that 12-year-old Beau Delmont chose to perform in her audition for Britain’s Got Talent. How did she fare?

You have to hear it to believe it. This here video is hot stuff! Beau blew everyone away in a jaw-dropping performance! Her stunning cover of this song drew an extended sustained standing ovation, led by Amanda Holden.

As the entire concert hall continued to clap on their feet and Beau’s parents jumped for joy backstage, Beau just stood there and couldn’t help it when tears came to her eyes. Then the crowd who kept up the clapping and the standing ovation started to chant, “Press the gold!”

As the chant grew to a deafening level, Amanda Holden had little choice but to hit the Golden Buzzer – with both hands and all her might. A crazy night just got wilder. This is must-see TV.