“This video features the extraordinary guitar skills of one Mr. Marcin Patrzalek from a small town in Poland. This eighteen-year-old heartthrob mentions that he is excited about moving to the States soon after being accepted by a college here.

Judge Gabrielle Union asks him why he chose America’s Got Talent and he sweetly states that it’s the “best show on earth”, earning a rave of applause from the crowd. He does not sing but he is sure to steal hearts with his mastery of the guitar. The crowd and the judges wait for his music with anticipation. 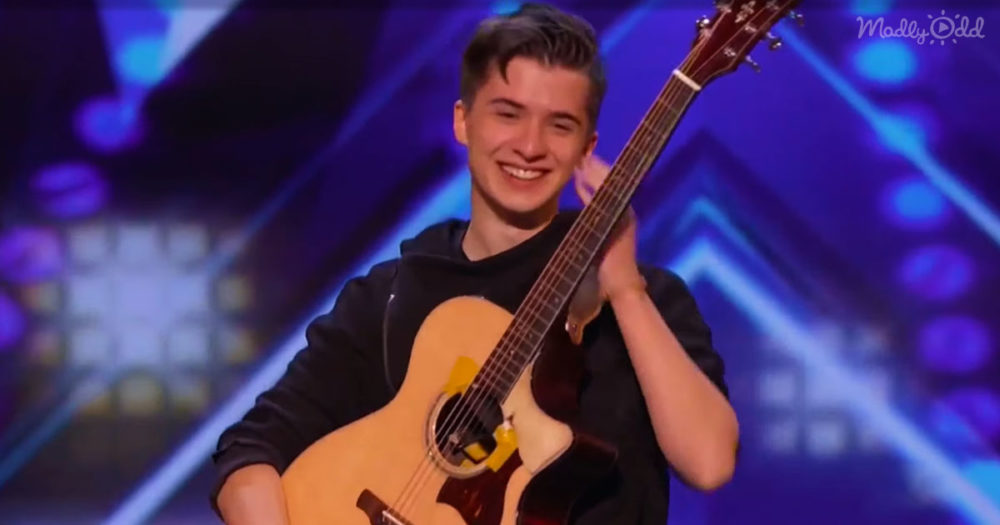 His take on Beethoven’s Ninth Symphony leaves judge Simon Cowell in awe, and the audience is immediately impressed by his frantic, supremely skillful yet endlessly entertaining rendition of the guitar. His entire body is dedicated to hitting those strings on the guitar, it’s like a religion to him.

He is so into the music that Simon Cowell comments that his performance is “very cool”, straight off the bat. Even Gabrielle Union is feeling the music, nodding her head and simply shocked by his unbelievable rhythms. His versatility is evident in how he has made the guitar as a percussive instrument, as he taps onto his body to enhance his music. 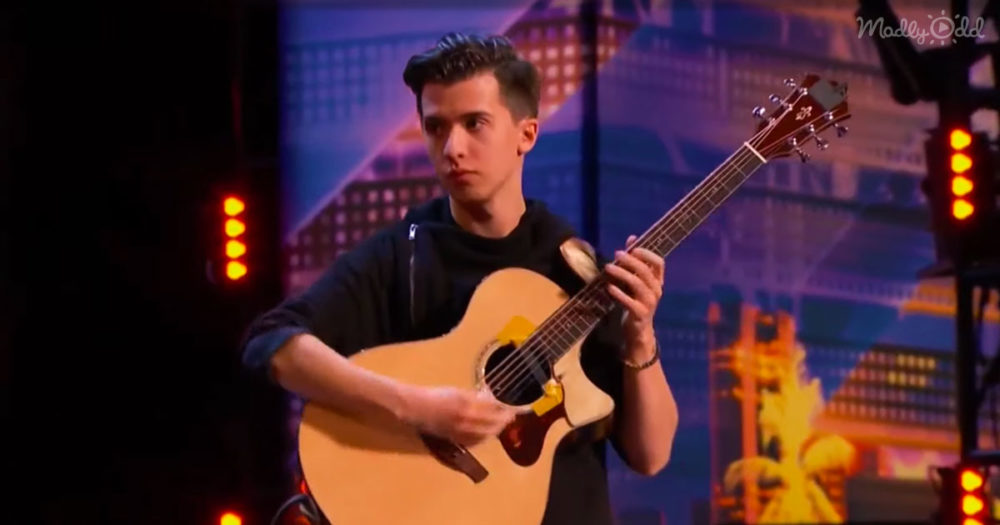 The crowd gets up to give him a standing ovation, only he is far from done. He continues along, adding another dimension to his song, slowing down the rhythms in order to further intrigue the audience and the judges’ panel. Judge Howie Mandel is simply bemused that someone could play with the guitar like this—with so much unabashed enthusiasm and talent. Terry Crews is also surprised from his spot at the backstage.

Every time the audience believes he has concluded his performance, Marcin reveals that he can keep going, that he has still got many cards left to play in his guitar showcase. Once he does end his performance, the crowd goes wild. The applause is reverberating around the entire hall, and the world has found another unstoppable talent in Marcin. All the judges rise to their feet to award the young man with a standing ovation. Simon Cowell comments that it was “genious”, and further shares an anecdote about how frustrating it was to learn the guitar, so much so that he threw a toffee at his guitar teacher.

Julianna Hough praises his “artistic passion” and says she cannot wait what he will go on to do. Howie Mandel states that Marcin didn’t just “play the guitar”, he “murdered” it, and that’s a fair compliment given how well Marcin conquered the guitar in his hands. All the judges proclaim a resounding yes and wishes him all the best as he goes onto the next rounds.”