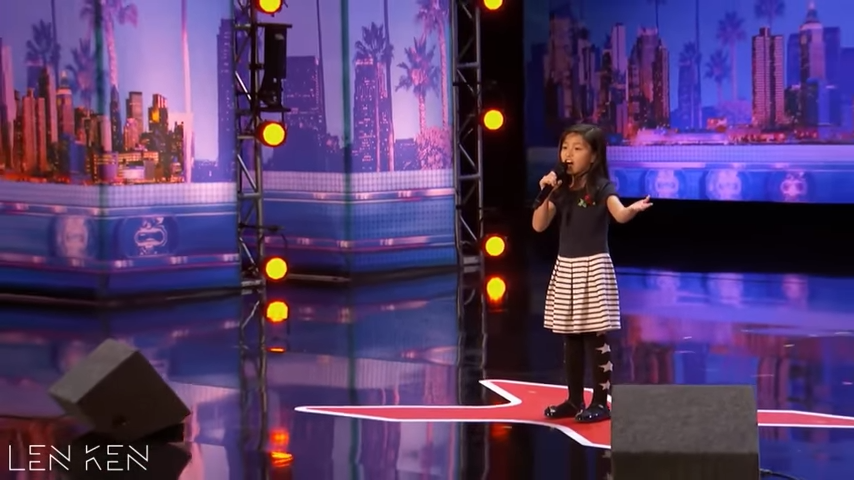 We have seen some awe-inspiring performances on America’s Got Talent (AGT) over the years, but only a few acts that truly stand out in the minds of millions. 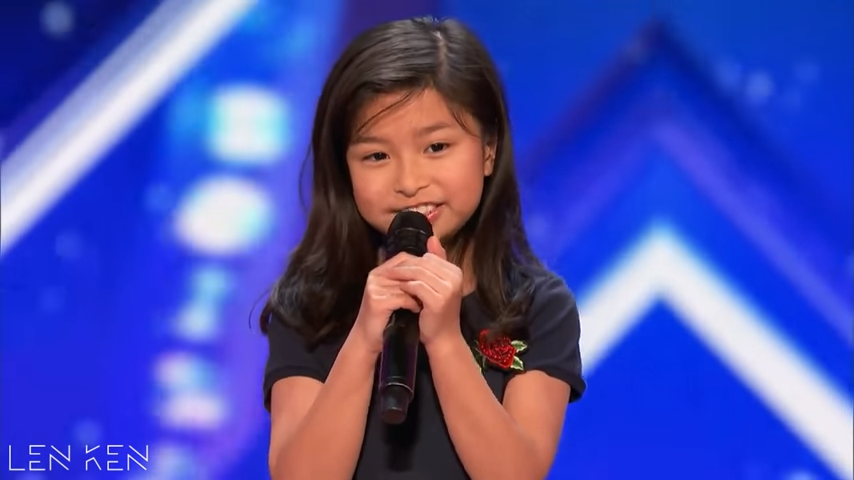 Well, meet Celine Tam. Celine is a delightful little girl. She’s very outspoken and seems very comfortable in the stage. The judges start asking her about herself and her family. Celine has a sister; her sister’s name is Dion. It turns out that her parents are huge fans of Celine Dion.

When our next performer said she was going to sing a Celine Dion hit, everyone raised their eyebrows. This would be something challenging to pull off even for an experienced singer.  She blows everyone away when she starts singing.

After the introduction, she surprises everyone with a powerful voice, hitting every note impeccably and making it look easy. This year the contestants, especially the younger ones have raised the bar very high. Could there still be anyone who had enough talent to surprise us at this point?

When they ask Celine who their favorite singer is, she says it’s Celine Dion. When they ask her when she had discovered she had a good singing voice, she answers that it was singing one of Celine Dion’s songs.

Finally, they asked her what she’s going to sing for them. No surprise to anyone, she will sing one of Celine Dion’s most famous songs: “My Heart Will Go On.” More than one judge raises their eyebrows because singing this song requires a fantastic range and a compelling voice. Will Celine deliver? Ha, does she!

Celine gives the signal, and the music starts playing. Her parents and her sister are with her next to the stage. Her parents have a look that is a combination of happiness and being nervous. You can feel their excitement. When Celine starts singing, her mother starts showing tears of joy. Everyone in the audience goes silent, and they start cheering her after the first verse.

Watch little Celine’s fantastic performance on America’s Got Talent.  If you liked the first one, let the video play because we have ALL of this marvelous little girl’s songs right here in one wonderful-to-watch video.