They say looks don’t count, but to Simon Cowell looks can be everything. First impressions can leave a lasting effect on you, it could even taint your opinion of a person that maybe totally incorrect. For many years, makeup has served the purpose of providing a ‘fixer-upper’ if you will. Many performers have used it to better portray the characters they are supposed to.

Part of having that great first-impression is how you carry yourself in front of other people. You might be the most talented person in a room, but if you’re too nervous, people can get the idea that you are insecure because you are just not good enough. Not that something like makeup of a new haircut will change the person you are, but studies have shown that people that feel better with the way they look, simply perform better when it counts.

When 17-year-old Samantha Lavery auditioned for “The X Factor UK” she tried to create a persona that she thought was that of a pop star. With heavy eye make-up, leather jumpsuit and curled hair, she tried to impress the judges, but to no avail. She was not selected and was sent home in tears as the disappointment of not qualifying for the competition hit home. She was left wondering what had gone wrong. Had it been her choice of makeup? Had her clothes not been the right ones? She could not do anything but forget about her dream, at least for that day and go home to rethink her options and the direction her life would take.

Then a few weeks later she received a phone call from Simon informing her that she had been given a ‘Wild Card” to audition once again. Samantha couldn’t believe her luck and was soon jetting her way to Simons Malibu mansion for her second chance at stardom.

When she arrived for the audition and set foot on stage it seemed that the lesson had not been learned. Again she wore heavy eye make-up, teased hear and wore high heels. Simon was again not impressed and told to take off the mask. “I feel as if I haven’t met the real you yet” he said scathingly, You could see the emotion well up in young Samantha’s eye, but this time even Mel B, one of the other judges agreed, so Samantha took her leave from the stage to re-prepare for the audition.

On her return to the stage the judges were blow away with her natural beauty “You took away the mask and have shown us the real you” was the reaction from a delighted Simon. Then Samantha set about giving the performance of her life, leaving the judges in awe of her enormous talent. 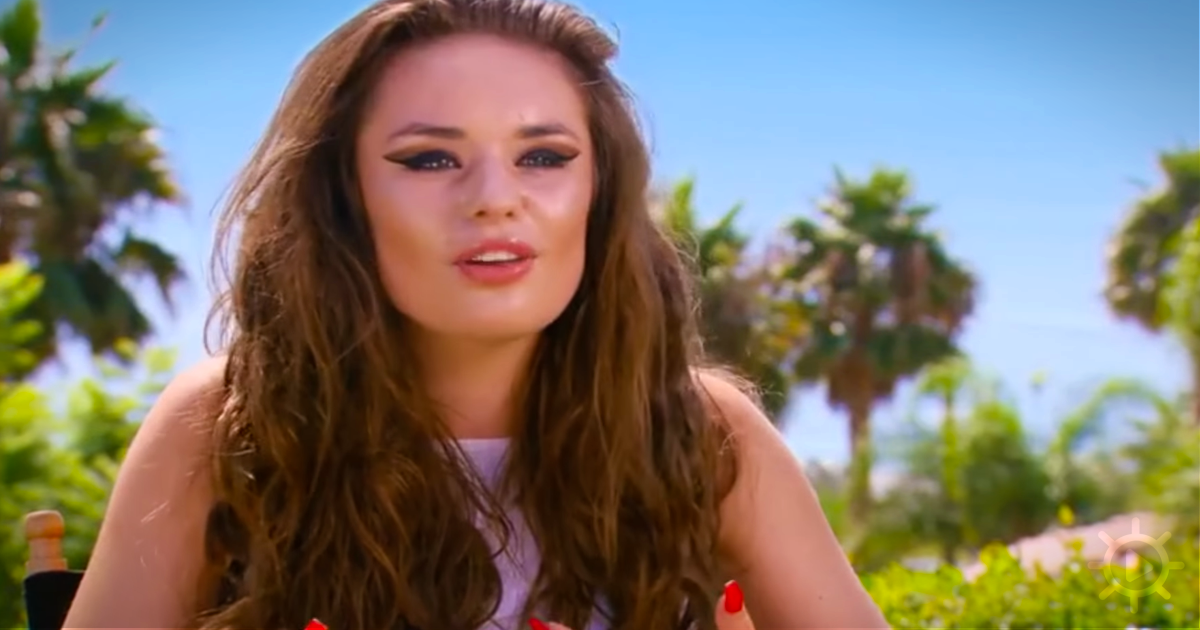 Click the link below and enjoy this lovely 17-year-olds amazing transformation.