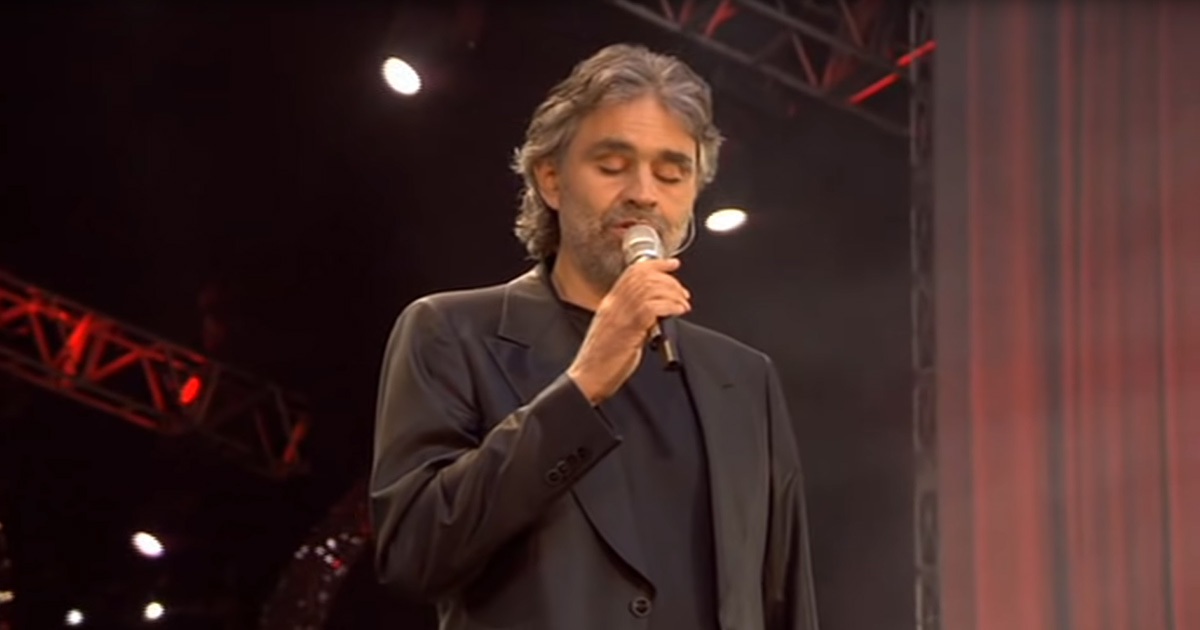 Andrea Bocelli is a legendary Italian musician who is beloved all over the world. He has a flawless tenor voice that can instantly bring anyone to tears. While he’s best known for his original songs, his cover of “Music of the Night” is no exception.

Andrew Lloyd Webber originally wrote this spine-tingling song from The Phantom of the Opera soundtrack. Bocelli was invited to a benefit concert for Princess Diana, where he chose to honor the late princess with a cover of the stunning tune.

Many artists attended the event and respected Diana’s love for theater by singing Webber songs. Bocelli didn’t let the intimidating tune filled with deep tones and intense notes stop him from leaving everyone speechless.

He truly makes the song his own, and as soon as he starts singing, the crowd of 70,000 people goes silent. He manages to capture their attention and recipes a standing ovation before the song is even finished. 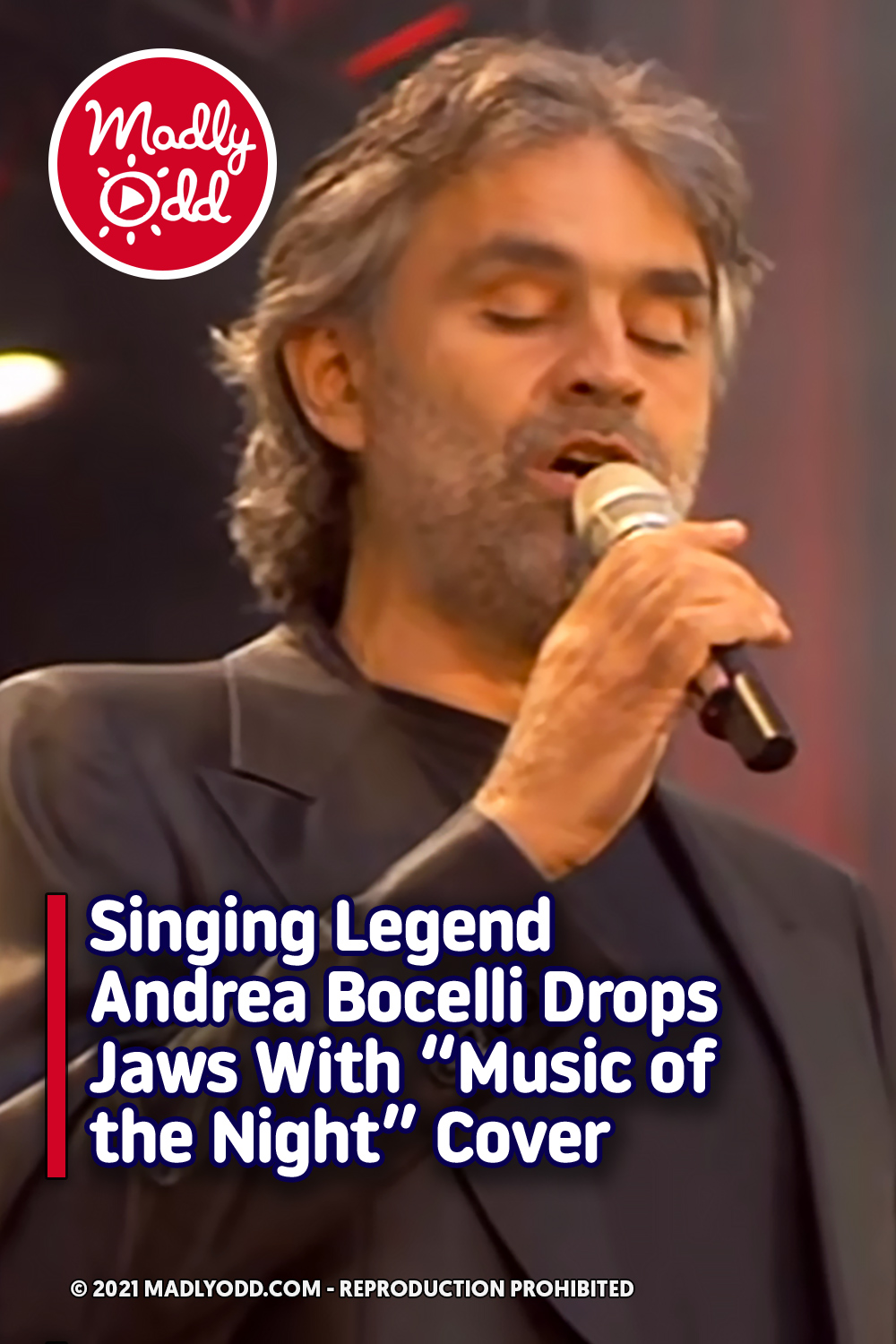