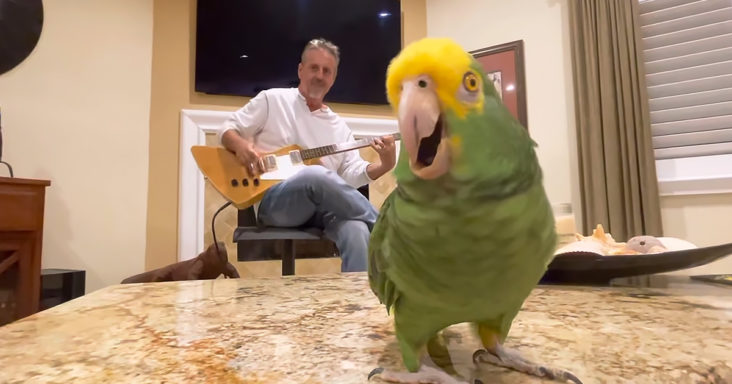 It is a known fact that parrots have an uncanny knack for copying what humans speak. Parrot owners will be able to prove this fact. If a parrot has stayed with a human for a long time, he will automatically catch some of the words spoken by the owner. 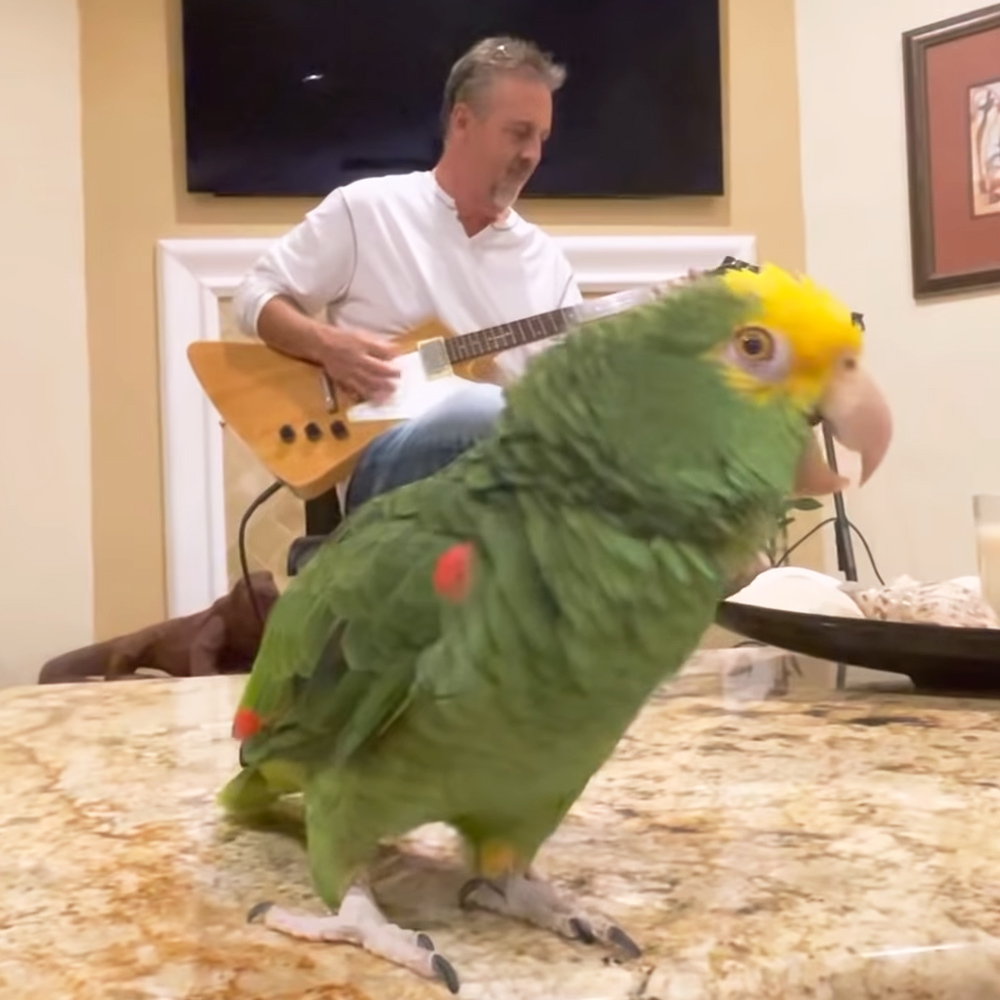 However, parrots actually singing a song in rhythm with a guitar is something quite extraordinary. Unfortunately, parrots with such talent are hard to come across. An excellent example of such parrots is Tico.

Tico often teams up with his owner to sing songs rhythmically. His owner, Frank Maglio, would play the guitar in the background while Tico would perform like a professional standing or roaming around an accent table. 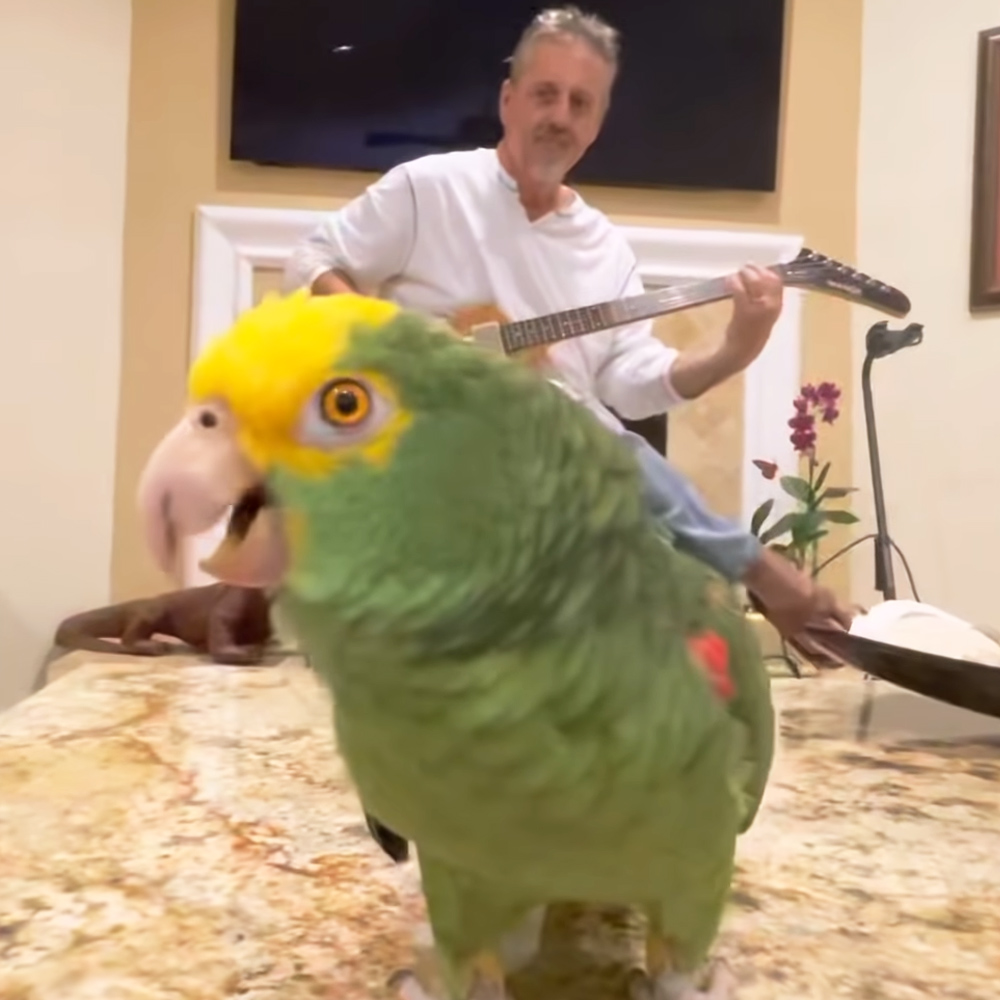 Quite recently, Tico was heard singing the famous song “Surrender” with Frank playing an electric guitar in the background. The song was initially sung by Natalie Taylor. However, Tico gives justice to the music by singing it in tune with the guitar.

Tico braced himself for the song by whistling the first few lines of the song. Later, he got in the mood and started singing “Surrender” as a performer. He roamed around the table while singing, just like singers do while performing on a stage. 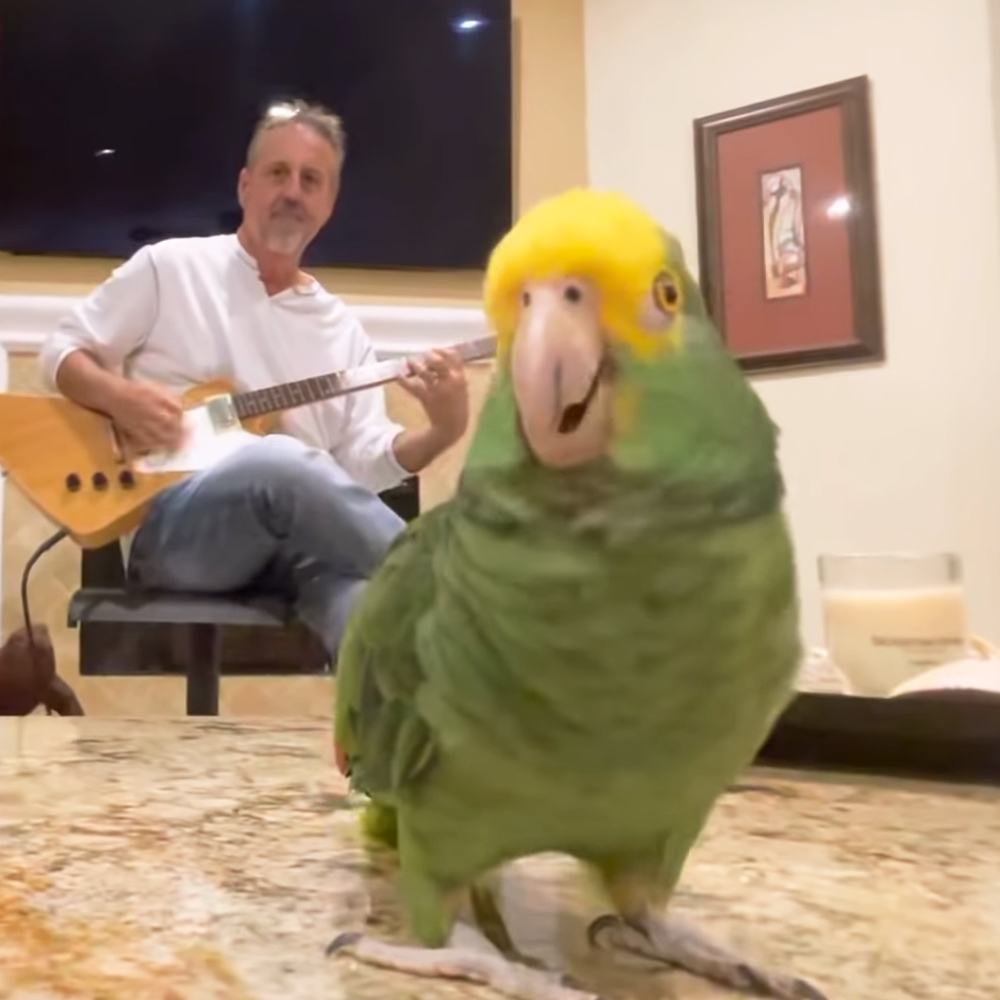 This isn’t the first time Tico has sung a song with Frank playing the guitar in the background. Earlier, the duo had performed several popular songs sung by different singers.

With such a talented bird in the family, there should never be a lack of entertainment. Tico singing in tune with the electric guitar is extraordinary and unbelievable, considering Tico is a bird.