While fame may be temporary, class lasts forever. What better example of class than Sir Tom Jones. Born in Wales in Britain, this now legendary singer had a string of incredible top ten songs in the early 1960s.

Few musicians these days can sound as good live as they do on their records. Tom Jones has this skill and many more that make him one of the greatest singers of all time. Take this 1967 performance of his song “I’ll Never Fall In Love Again,” for example.

Dressed to the nines, Jones effortlessly belts out moving lyrics that can bring tears to anyone. Whether you danced to this song when it was first released, had your first kiss as it played in the background, or just turned it up while it was on the radio, it sure is a hit.

Since then, Sir Tom Jones performed on The Voice with Peter, Lonnie Donegan’s son. It was a tear-jerking moment that will have you reaching for the tissue box. For now, we’ll put his classic tune on repeat. 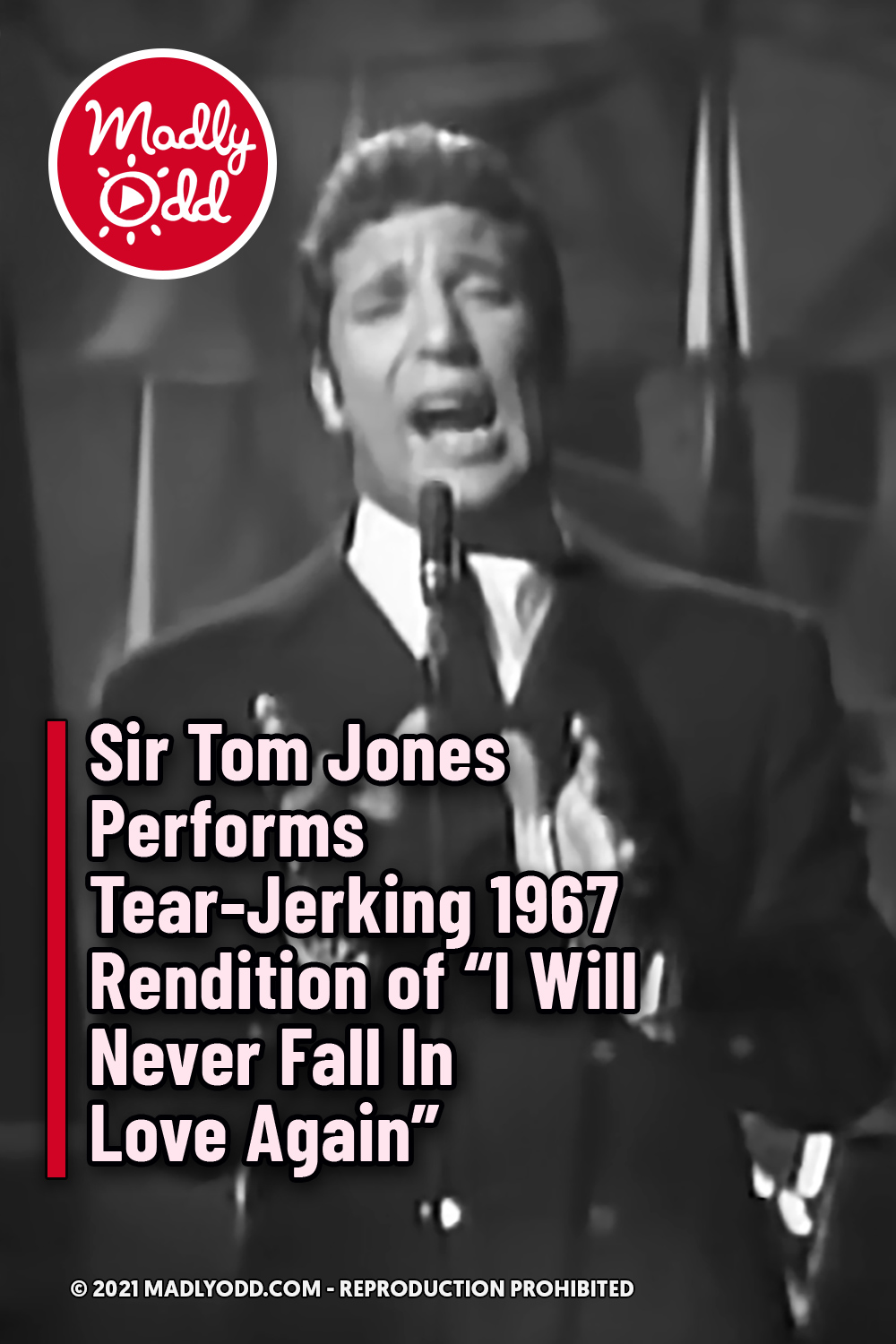