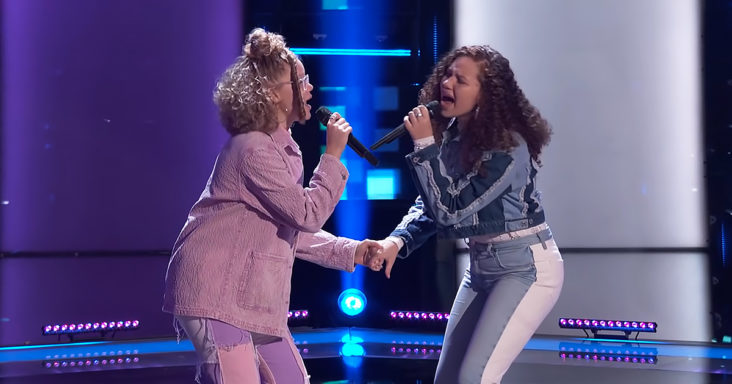 American reality show ‘The Voice Blind Auditions’ never fails to bring out the best in up-and-coming singers. In this episode, we see how the Cunningham Sisters wow the judges with an amazing performance of Tori Kelly and Kirk Franklin’s ‘Never Alone.’

The sisters who hail from Ohio started off taking turns at the lyrics, somewhat confusing the judges. It was Ariana Grande who first picked up on it, but Kelly Clarkson turned her chair around first.

When the girls began singing in harmony, all the judges were blown away, but John Legend was the only other one to turn around.

After the sisters were done singing, Legend and Clarkson had a playful back and forth in trying to woo the girls’ favor. It was Clarkson who won the battle in the end.

Kelly Clarkson is famous for being the first-ever winner of the hit reality show American Idol. A fact that she used to win the girls over.

John Legend is a singer-songwriter and producer who is known for his work in gospel music. He tried to convince the girls that he would know how to coach them since they were also gospel singers, but they went with Clarkson in the end.

The video of their outstanding performance has gone viral on Youtube with over 1 million views.