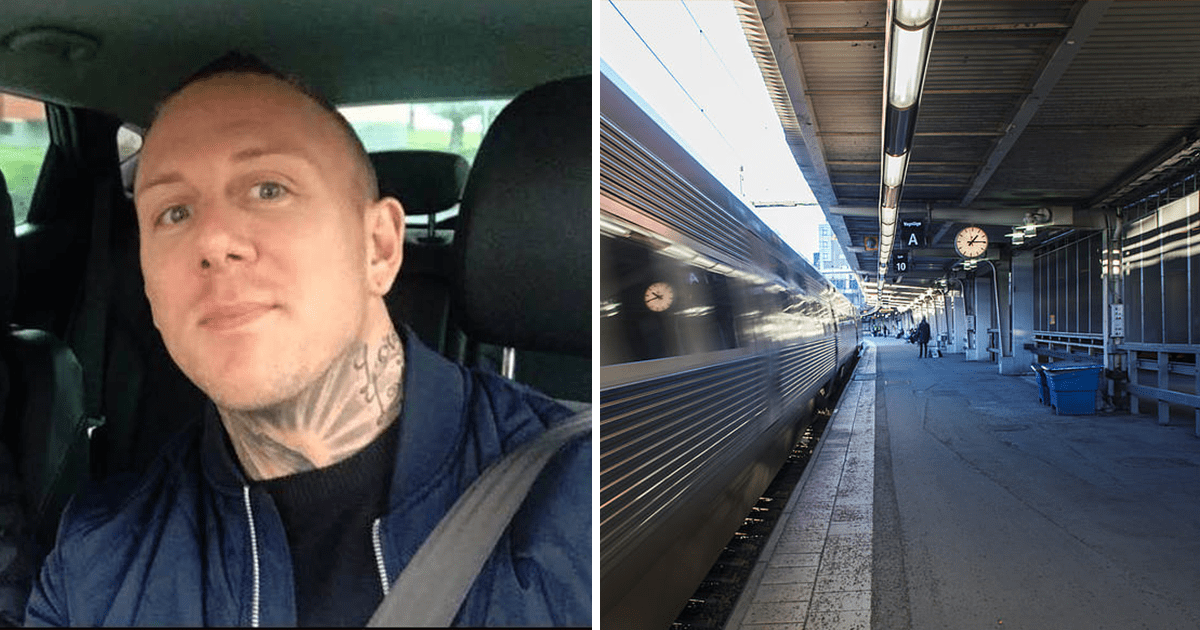 In recent decades, there’s been a lot of progress when it comes to sexual harassment of women. It still happens, of course, but it’s become increasingly socially unacceptable, whether it’s cat-calling on the street or inappropriate behavior in the office. Outright sexual assault is being taken more seriously, too, as more women summon the courage to speak out and fewer people are inclined to dismiss it as “boys being boys.” Unfortunately, though, there are people who still haven’t gotten the memo.

Harassment and assault even happen out in public and all too often, no bystanders do anything about it. Some people might have legitimate fears for their own safety, others might see it as “not my problem” or otherwise simply not care. A young hockey player in Sweden named Andreas Neuman has a very different attitude: “I think it’s shameful that people do not intervene.”

And that’s not just talk on Andreas’ part. Returning home from a recent hockey match, he was waiting at the train station when he saw something that disgusted and angered him. “Six guys surrounded a mother and daughter, maybe about 15 years old, and they could see that they were uncomfortable. When the women tried to get out of the ring, the guys pushed them back in again.” One of them was using a rolled up newspaper to slap them on their buttocks.

Even though the guys were bigger than he was, Andreas sprang into action. He knew he wouldn’t be able to live with himself if he just stood there and did nothing. “I ran towards them and I was tackled into the ring. Things got messy and I fell down on the ground with one of the guys. Then they all just ran off.”