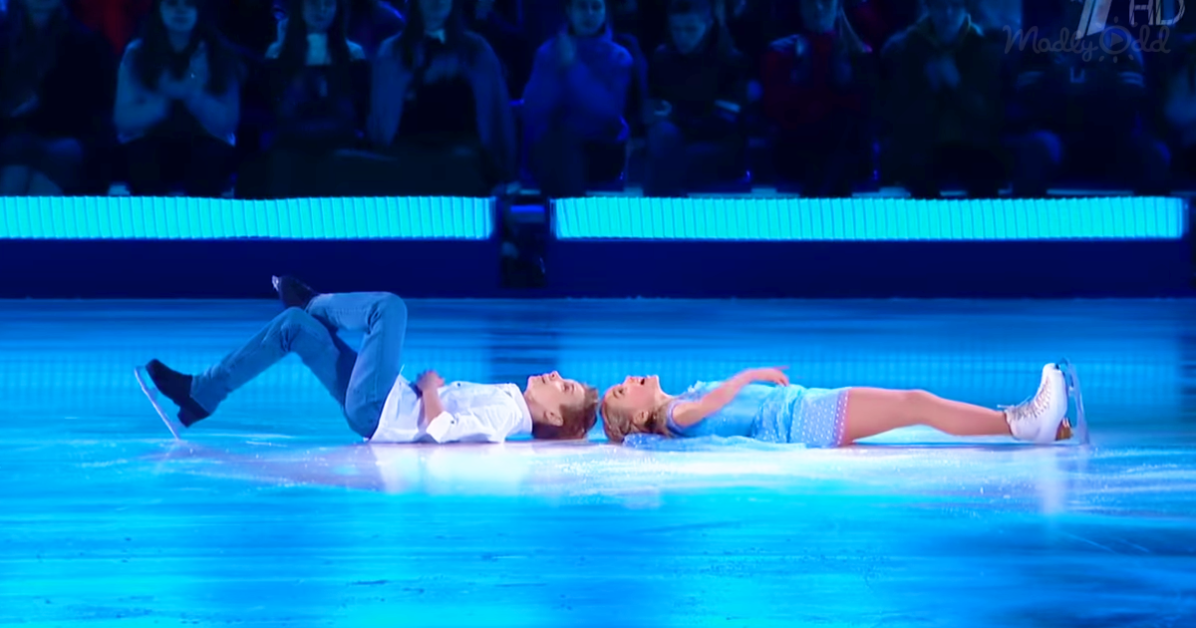 Figure skaters not only have to be amazing athletes, but they also have to the ability to dance – on top of thin blades of metal on the ice.  As if that weren’t hard enough, now add a partner who is trying to do the same thing.  For all the aspects that go into figure skating, the skaters always seem to make it appear so simple.

In this clip, nine-year-old Evelina Pokrasneteva and eleven-year-old Ilya Makarov compete in Season 2 of a Russian TV competition show.  The show, called Ice Age: Children, showcases some of the most talented children on ice. 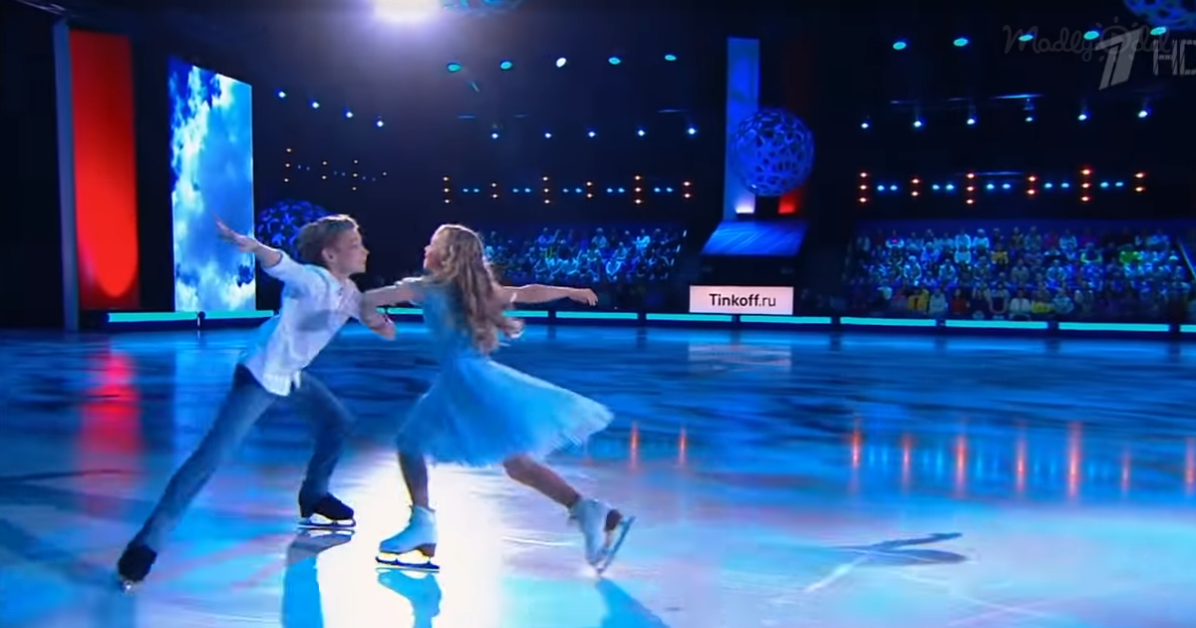 For their song, Evelina and Makarov chose “Hallelujah” by Canadian singer Leonard Cohen.  While it was originally released in 1984, it didn’t receive much notice until several other artists sang it.  The flowing song is perfect for such an elegant dance routine.

Dressed in flowing, light blue dress, Evelina stands next to her partner Ilya as their coach gives them a few last words of advice and encouragement.  Ilya is dressed in a simple white shirt and jeans.  Their coach wishes them good luck, and they skate off hand in hand to take their places.

As the lights dim in the arena, a single spotlight shines down on Evelina and Ilya.  They lie on their backs with an ankle crossed over their knee when the music beings to play.  After they rise to their feet, Ilya gives Evelina a gentle kiss on the cheek as he starts to skate off.

The magic begins when they meet arm in arm and begin skating together.  What amazing talent and natural movement these two children have! They glide over the ice effortlessly and twirl and dance in perfect synchronization.  It is obvious that these two have an amazing connection as well.

The couple’s performance was flawless, and the crowd was very impressed by the level of difficulty they chose.  Their lifts, twirls, and tricks were all perfectly presented.  Evelina and Ilya meet at the same spot they began and lie back down on the ice.  You have to see this performance for yourself.

If you were impressed by this performance, please share this video with your friends and join the conversation going on down below. 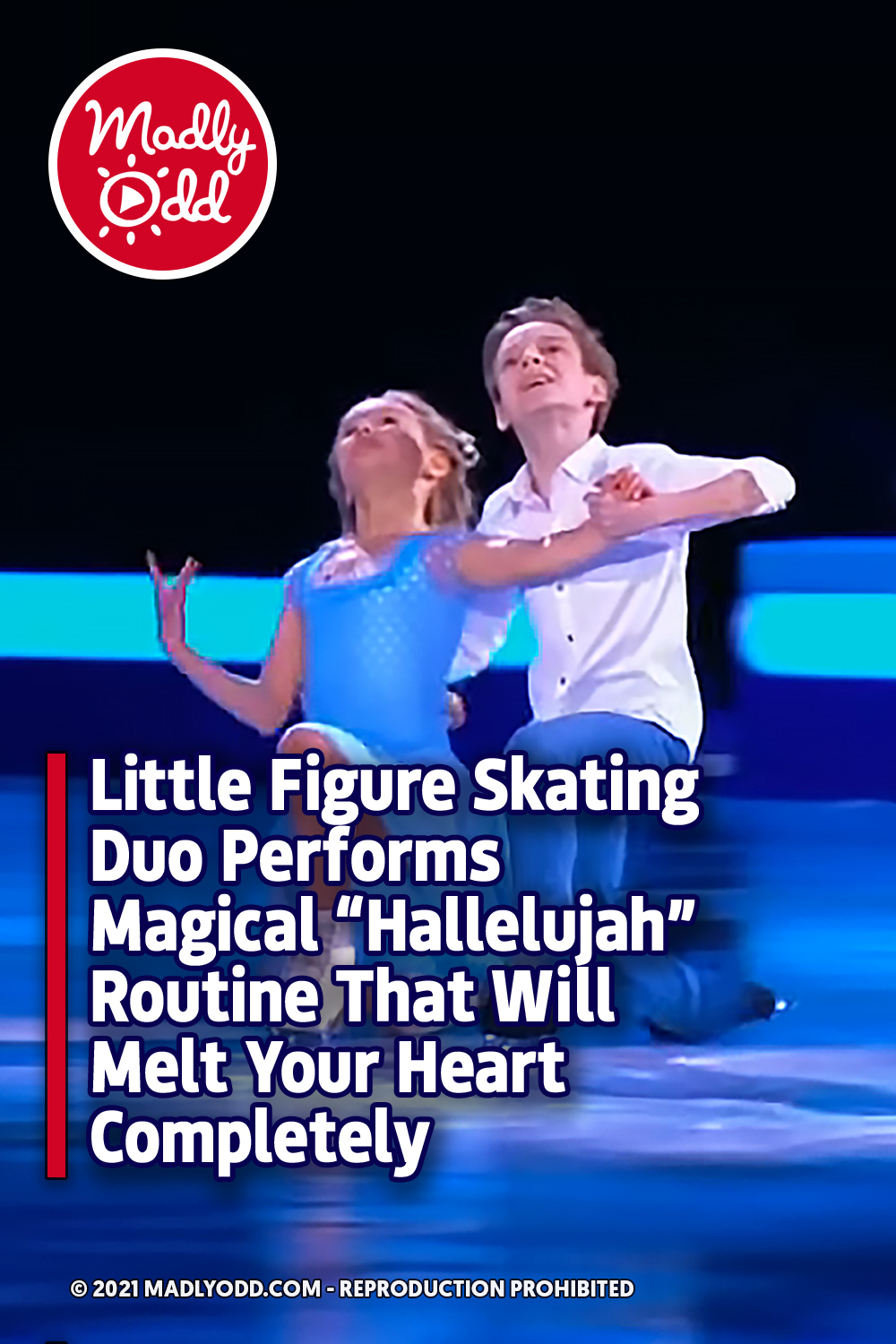