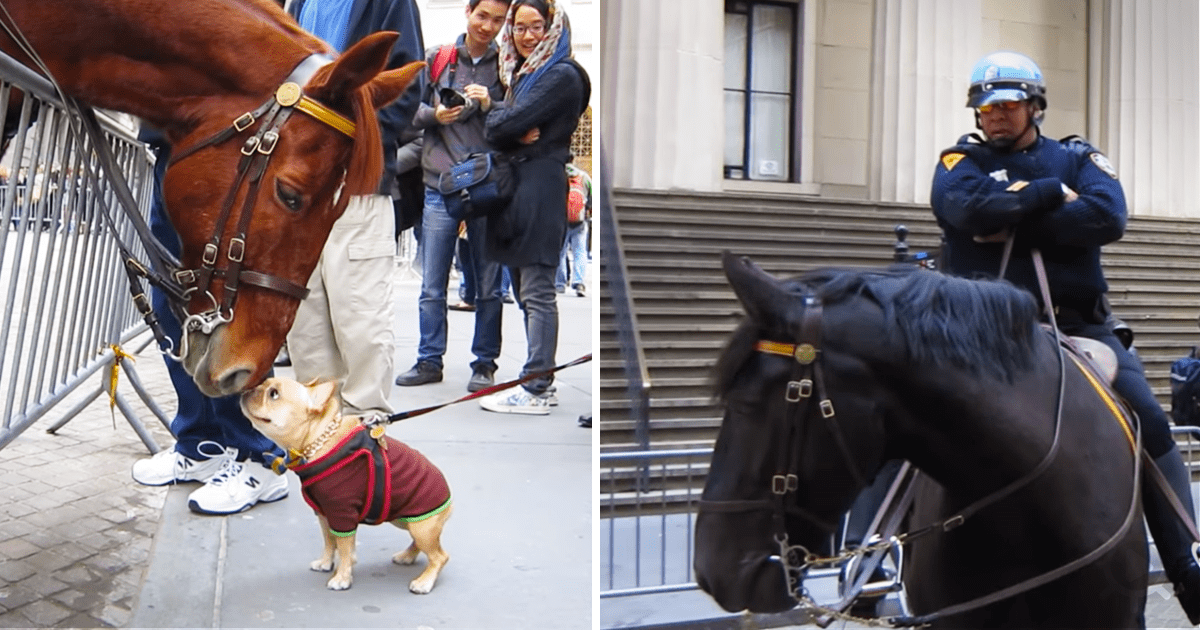 It’s no accident that French Bulldogs are one of the most popular dog breeds out there. Their zany, fun-loving temperament has earned them the nickname “clown dog.” However, they can be surprisingly calm and seldom bark, making them perfect for apartment-dwellers. They also get along wonderfully with children.

The one drawback (if that’s what it really is) is that French bulldogs do require a lot of attention. They love their humans and are highly prone to separation anxiety. Even a few hours alone is too much for a Frenchie. 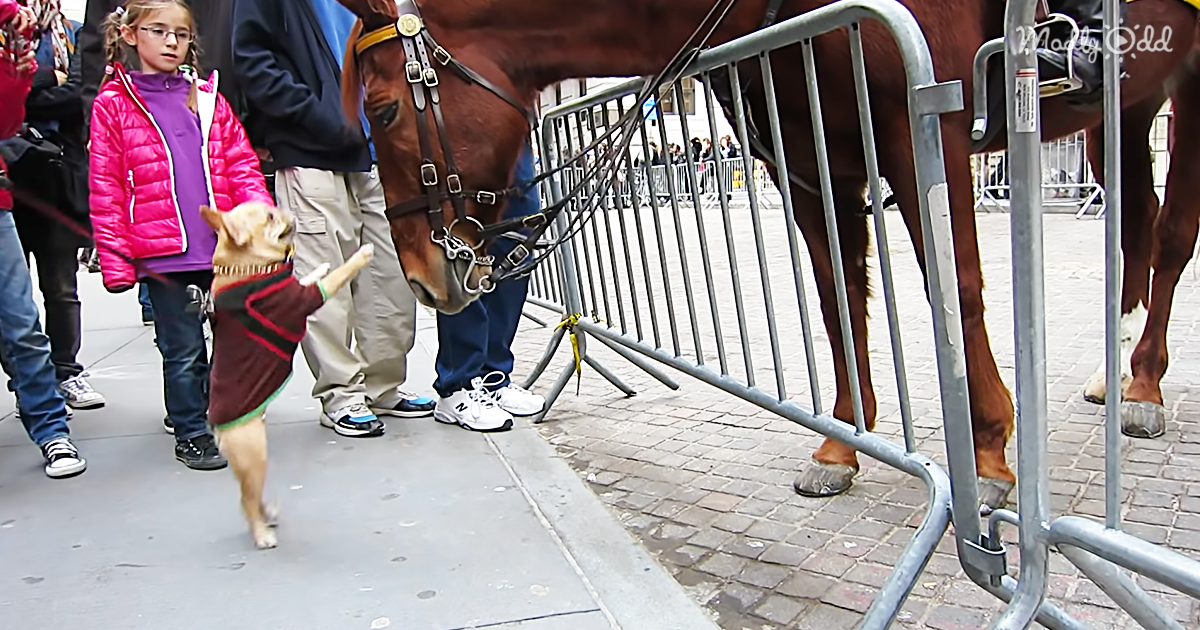 A French bulldog that was out for a walk in New York City had a hilarious and really cute encounter with a police horse. It happened at the corner of Wall Street and Broad Street, near the New York Stock Exchange and very close to the famous statue of George Washington located on the spot where the first president took the oath of office in 1789.

The horse probably outweighed the dog by 100 to 1, but that didn’t stop this high-spirited little bulldog. She went completely bonkers, jumping around and waving her front paws in the air. The bulldog tried to look aggressive at times, but the truth came out when she and the horse gently touched noses. A bystander suggested that the bulldog wanted the horse to come to doggy daycare with her. Probably true! 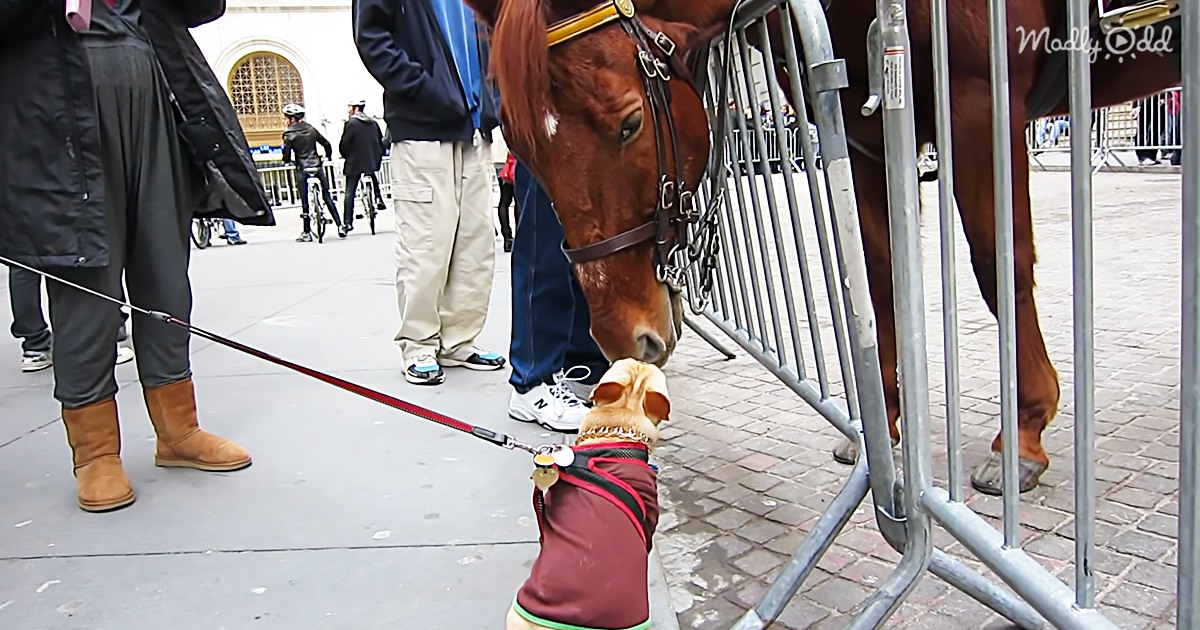 As for the horse, it was nothing if not professional and kept its cool: friendly, but unflappable. Remember, this is an NYPD horse! The department has had horses since 1858, just 13 years after it was founded, and knows how to train them.

Check out the video of this cute meeting of dog and horse that’s posted below. As you’ll see, it can be really sweet when a small animal makes friends with a giant one. 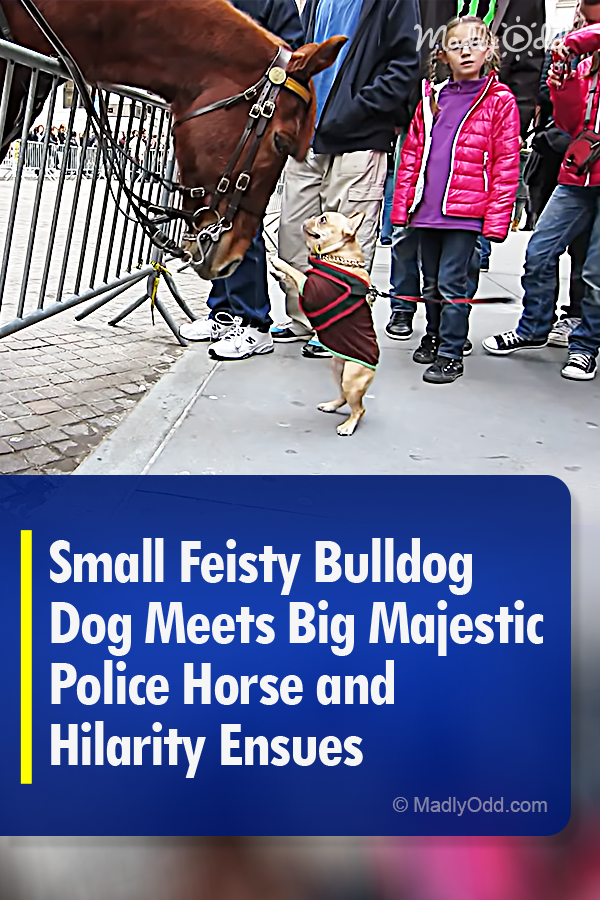