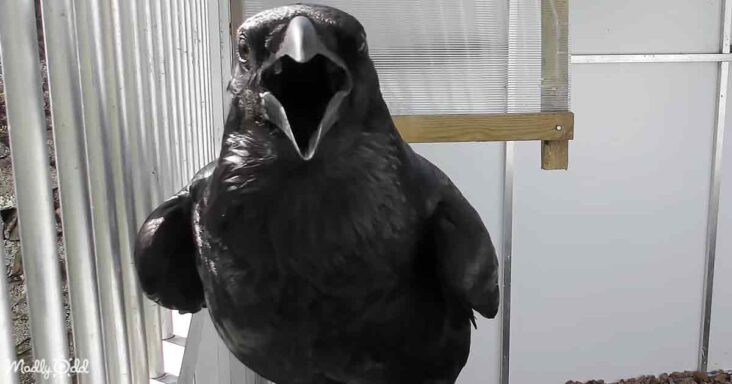 Talking parrots is common, but talking ravens are something scarce. You will hardly come across a raven that can talk and sometimes sing. However, Amy was a proud owner of a talking raven named Fable. 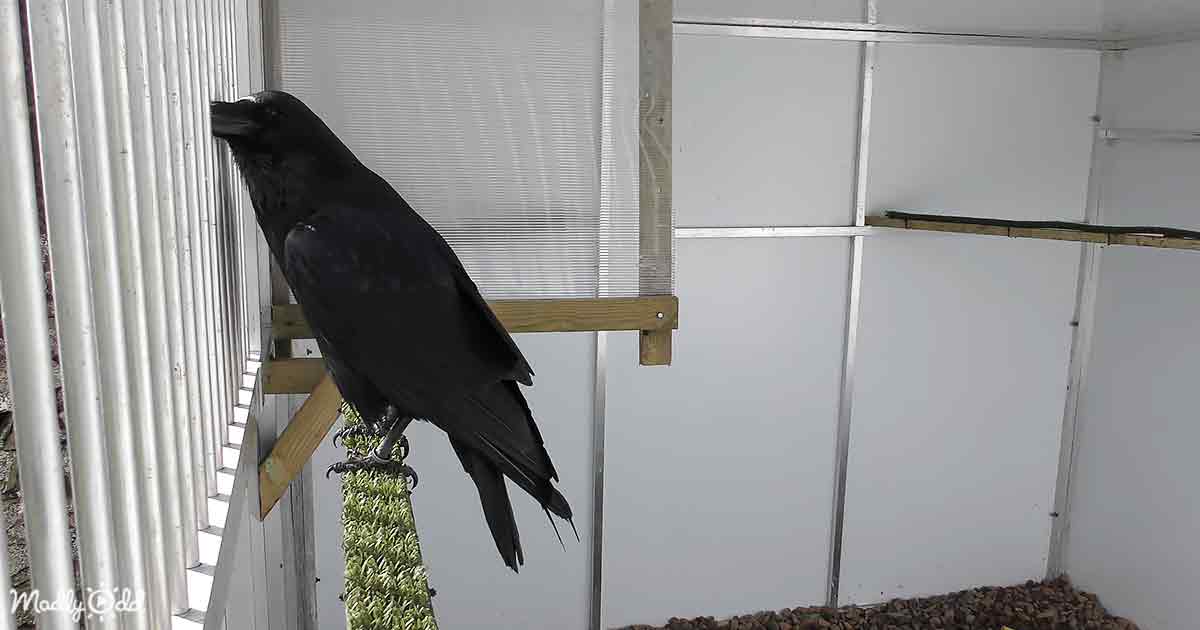 Amy would often try to capture moments wherein Fable would talk to herself and sing while alone in her Avery. Amy’s motive was to discover whether Fable learned anything new. It was a weekend when the owner decided to capture her raven, talk, and sing along.

Fable didn’t disappoint Amy at all. The proud owner spent two hours each day for two days to capture Fable’s showcase of hidden talents. However, Amy was surprised to discover that Fable could also swear like a human. Since the bird was well-behaved in front of others, her ability to swear was new to Amy. 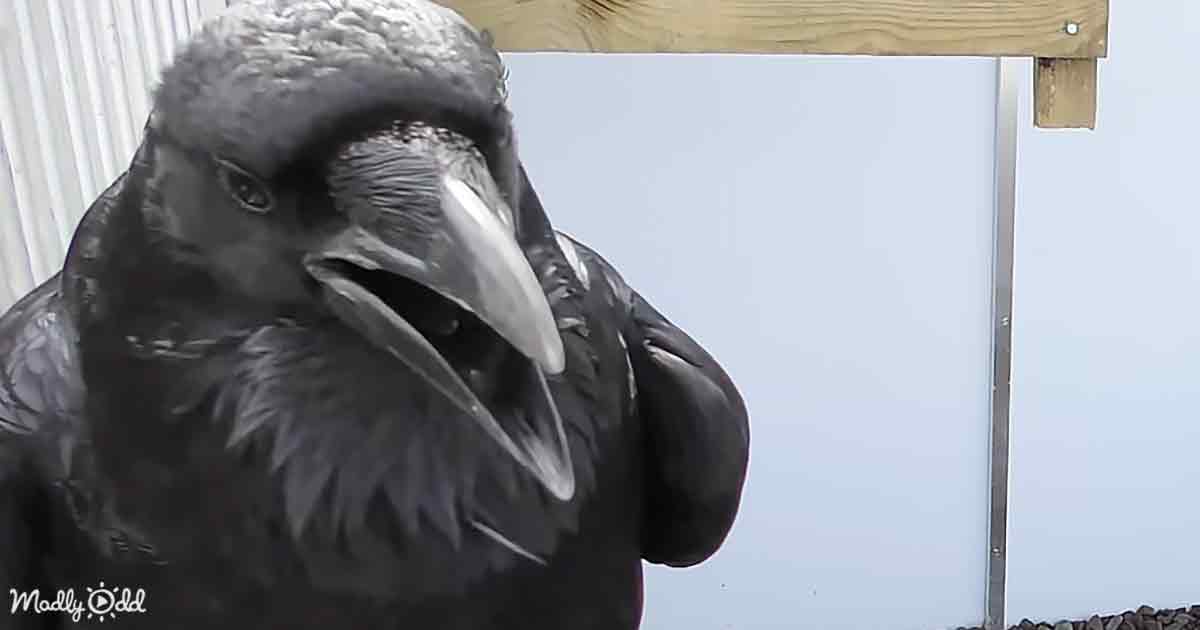 All the time, Fable walked around inside the cage as if she wanted to fly away. After a while, she produced her familiar croaking sound. Finding no way to get out, Fable decided to sing. She started humming a tune, which probably she had heard somewhere. Amy revealed that she had heard Fable sing a couple of years ago and didn’t know that the bird could still sing. 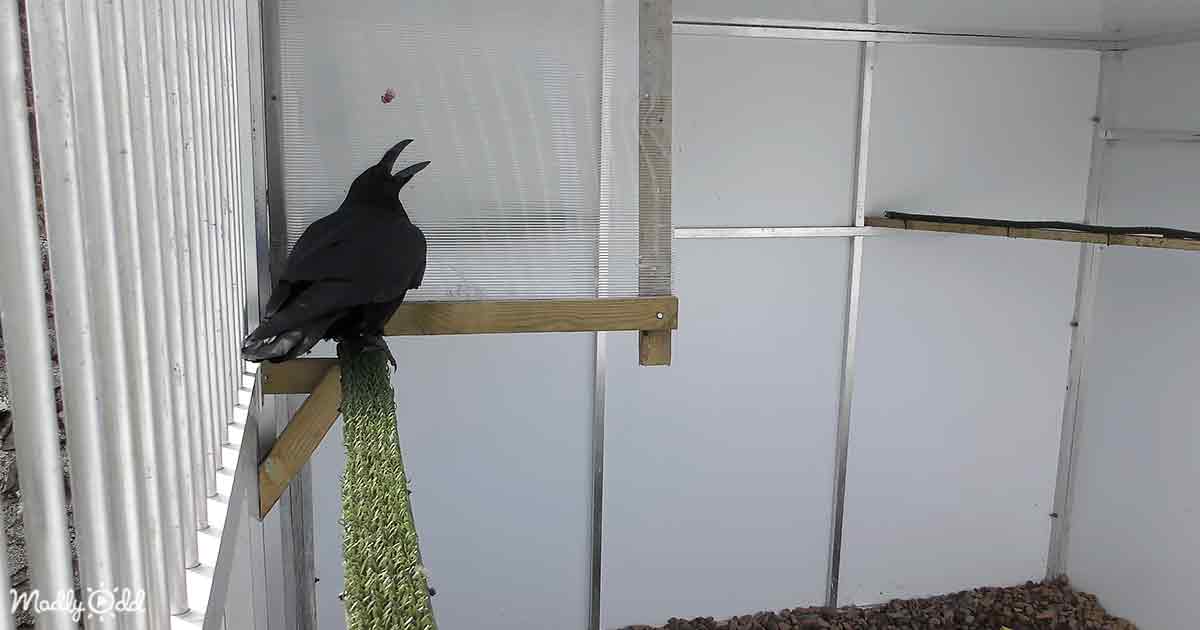 Suddenly, Fable heard a rooster’s call and began swearing on her own. All the while, she made some strange noises and sang in between inside her cage. Sometimes, Fable would play with a food particle and talk to it by saying, “Hello.” Soon, she switched to speaking other words, like “Hi” and “Hi, Fable.”

After getting bored, Fable turned her attention to the various things inside her cage. Amy had placed them inside for the bird to play. The bird roamed around her cage as if searching for something precious. Finally, she found some food and carried it to the water bowl in her beak. She loved to wet her food before enjoying it. After she was done eating, she began cleaning her feathers. Soon she started uttering some strange words again and later went to play with her toys. 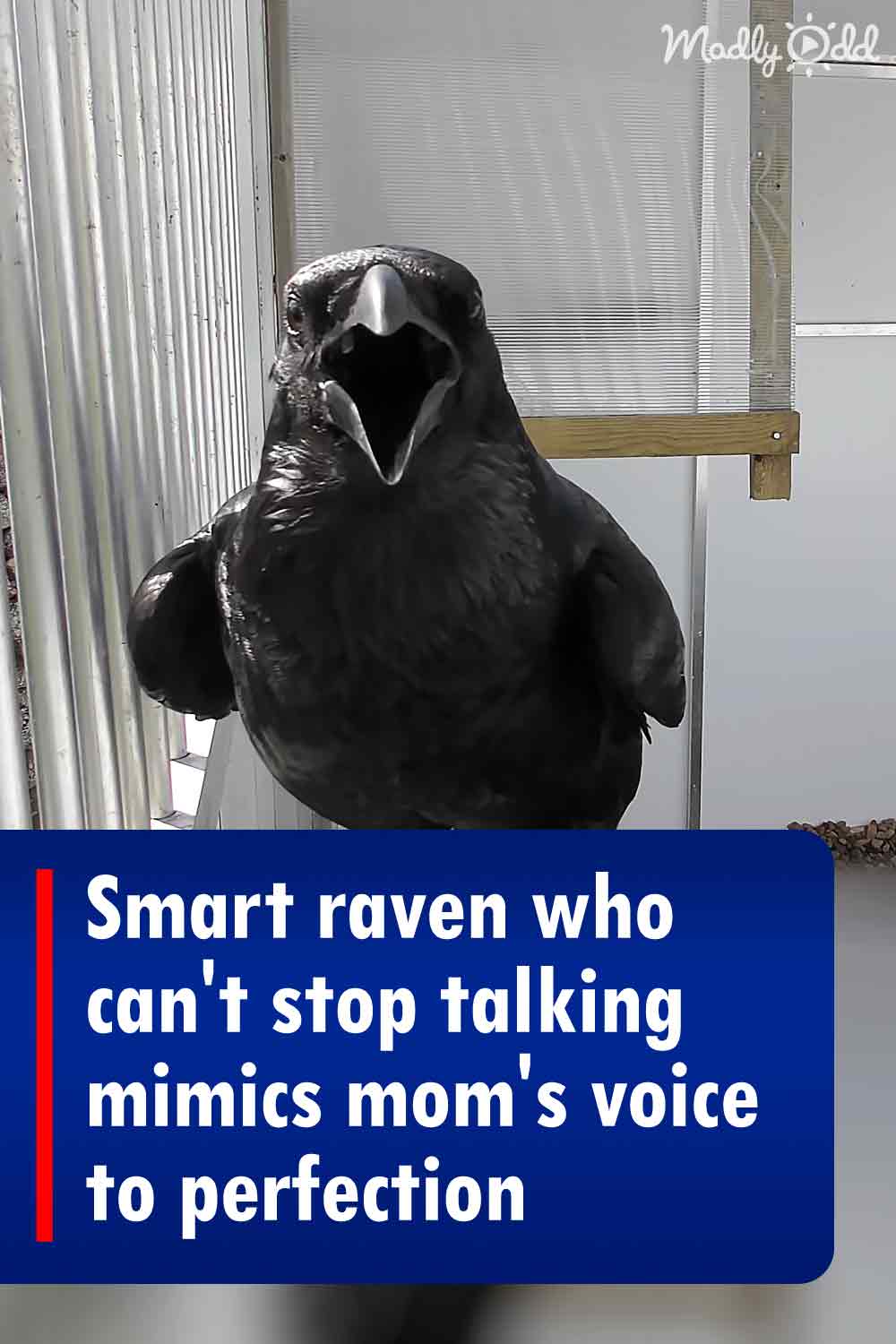