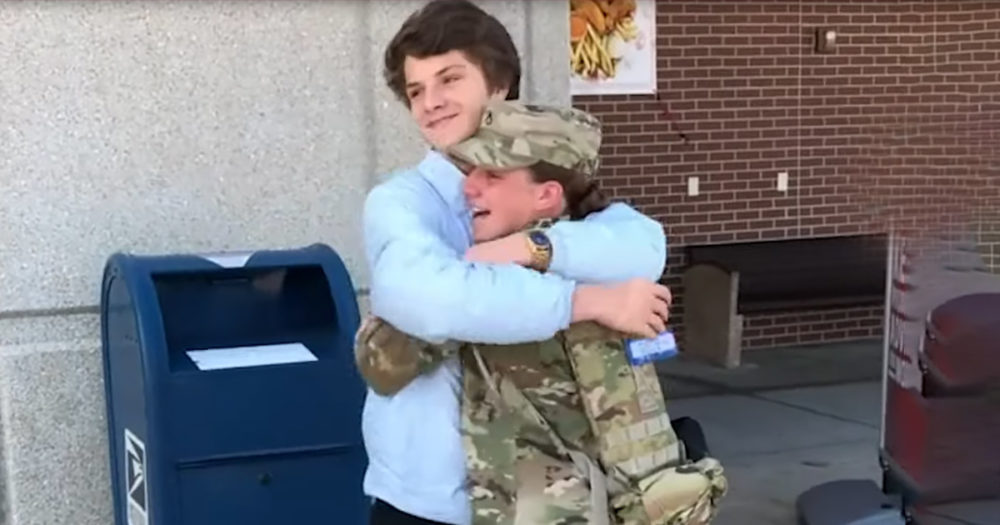 Private First Class Kinsey Jones serving the US Army received a heartwarming surprise reunion from her family. After being dearly missed, after all this was the first time she had left home, the family planned something truly special.

The reunion surprise started with Private First Class Kinsey Jones being convinced that she was making a video about her favorite soft drink for her family back home. You’ll be as overjoyed as Kinsey when you see her realize just who was standing behind her.

Mom, dad, and little brother Evan hadn’t seen Kinsey for a maximum of two weeks at the most before she was deployed. Her parents could barely believe that their middle child and daughter was off to the army.

It takes a brave, patriotic person to sacrifice of themselves and serve, which makes reunions like this between a soldier and her family separated from her by basic training oh so much more special.