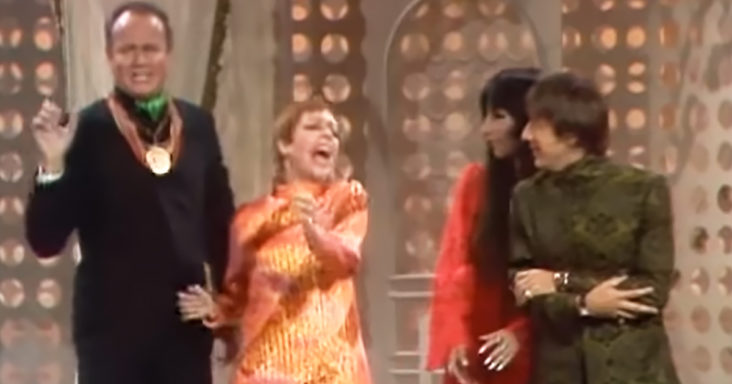 Carol Burnett hosted her own sketch comedy and variety show for several seasons on CBS. During many episodes, Burnett invited celebrities to guest star, often giving them time to perform their act in front of her audience. 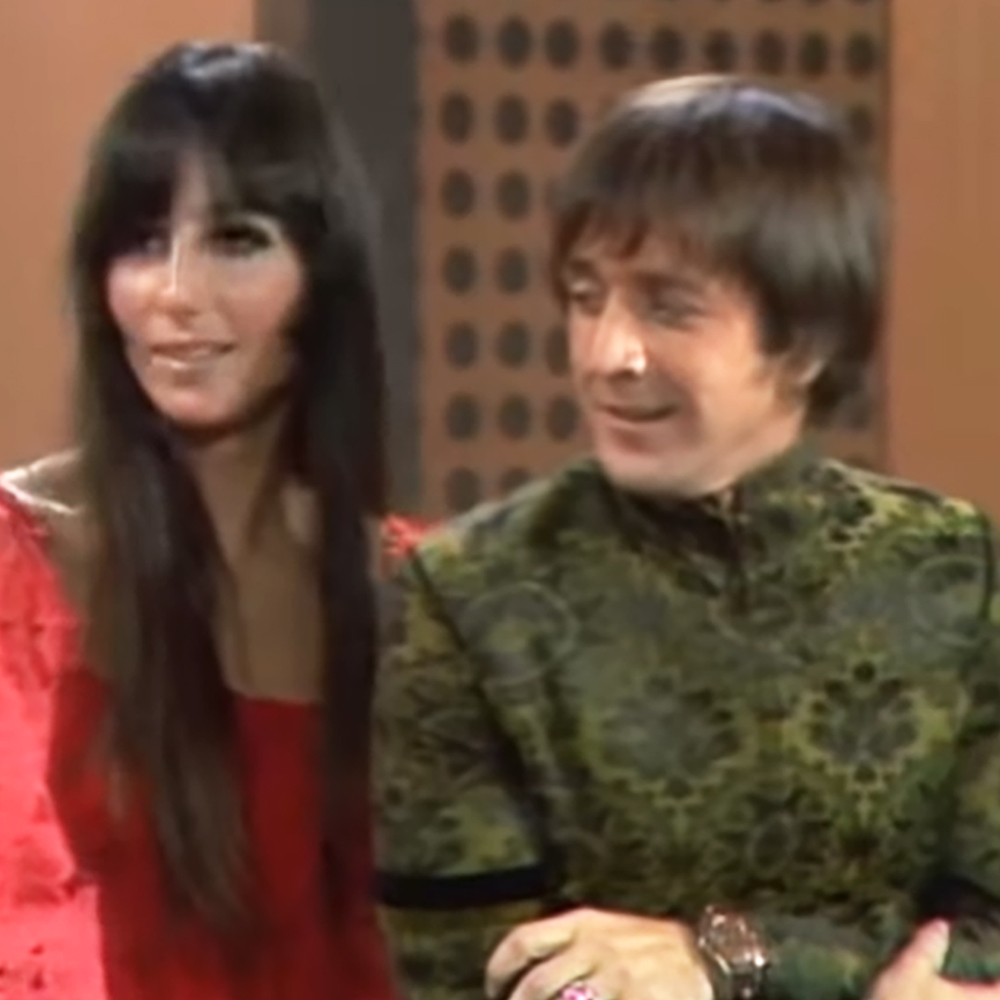 In this clip, Burnett has Sonny and Cher as her special guests. However, it seems like Burnett is more interested in pitching her own material than hearing the iconic duo perform.

She begins by asking Sonny and Cher where they get their songs. Cher tells Burnett that Sonny writes everything they sing. Burnett asks multiple times if they’re looking for new songs before saying she’d like to show them a tune. 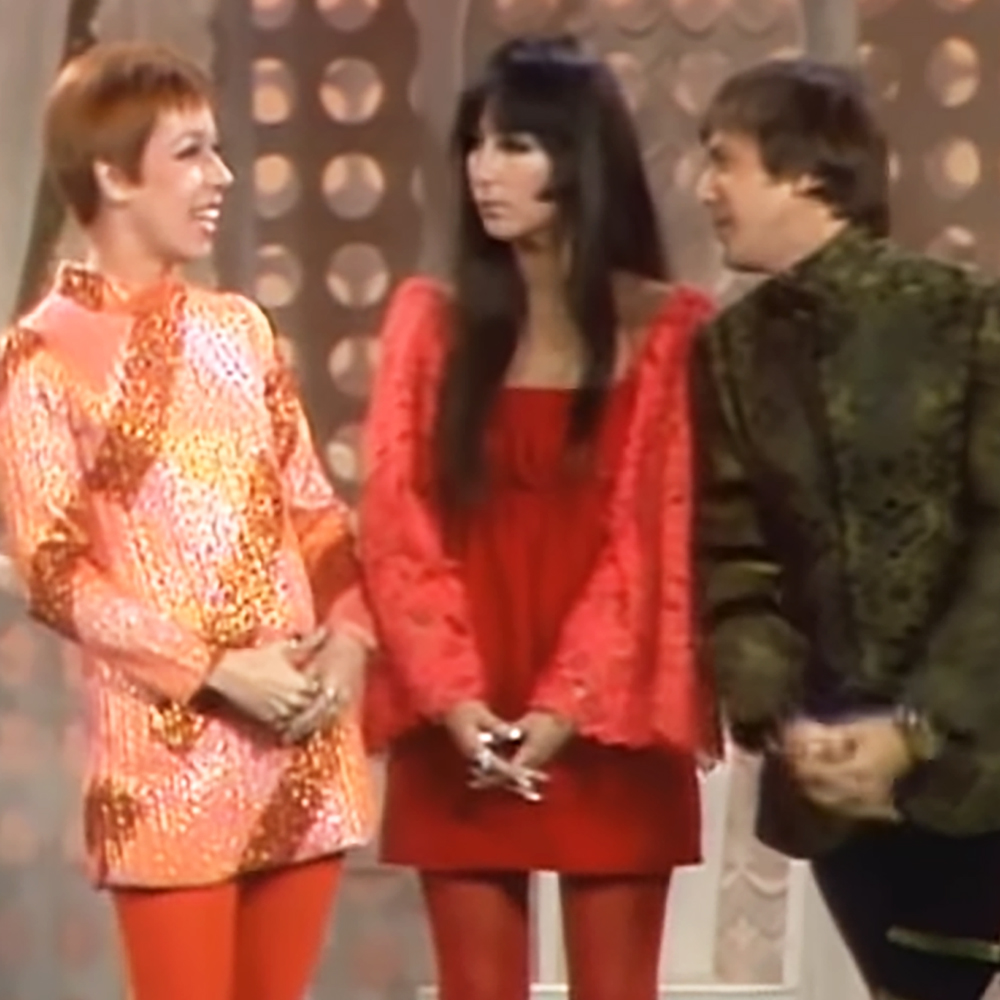 Burnett and Korman then imitate Sonny and Cher’s style of singing and performing by singing a song about being left alone. The rockstars are not interested in hearing it, and Cher keeps Sonny from walking away. 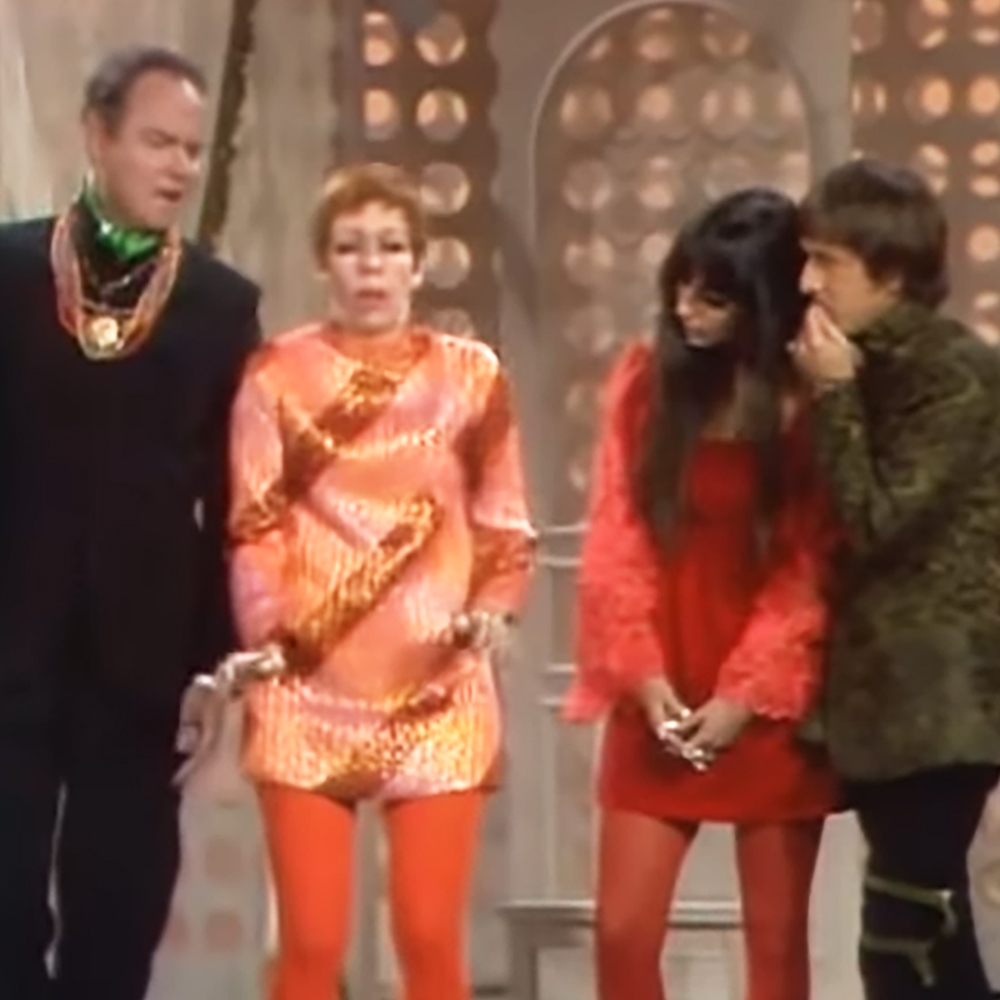 Burnett and Korman are so into their own singing that they don’t notice Sonny and Cher have finally left by the end of the song. It’s safe to say they won’t be buying this song from the comedians.

Sonny and Cher were great sports during the sketch. Even though Carol Burnett and Harvey Korman made a little fun of their dance moves, it’s clear that being teased by these two great entertainers is a compliment.