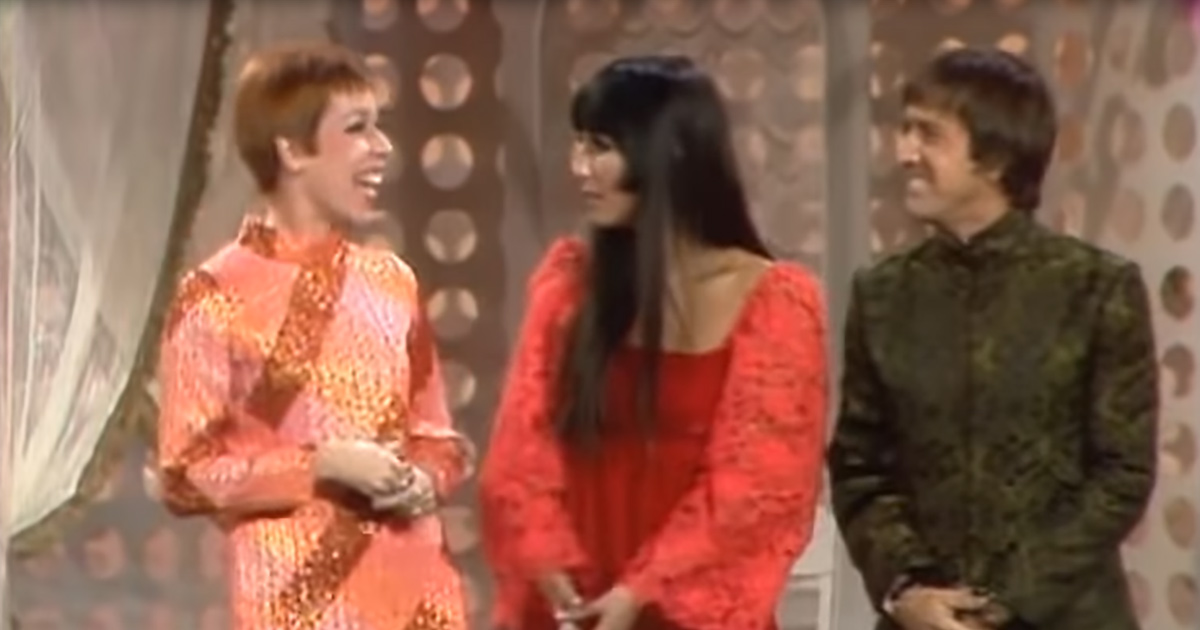 Over the years, The Carol Burnett show had a plethora of star-studded guests. A pair the live audience couldn’t get enough of was Sonny and Cher. With reoccurring spots, this hilarious duo was quite the crowd-pleaser.

During a skit titled “Stay or Go or Stay,” Carol stands alongside Sonny and Cher. Carol asks if they’d like to hear a new song they’ve been working on, especially for them. After they politely decline, Burnett decides to show them anyway.

It’s not long until Harvey Korman joins Carol for a hilarious song. While the comical team can sing, Sonny and Cher aren’t having any of it. Korman and Burnett use all of the stage presence they can to steal the hearts of the infamous musical duo.

By the end of the tune, Cher can’t take it anymore. She grabs Sonny’s arm and runs off stage, having enough of their silly antics. What would you do if you had the chance to sing in front of your favorite superstars?