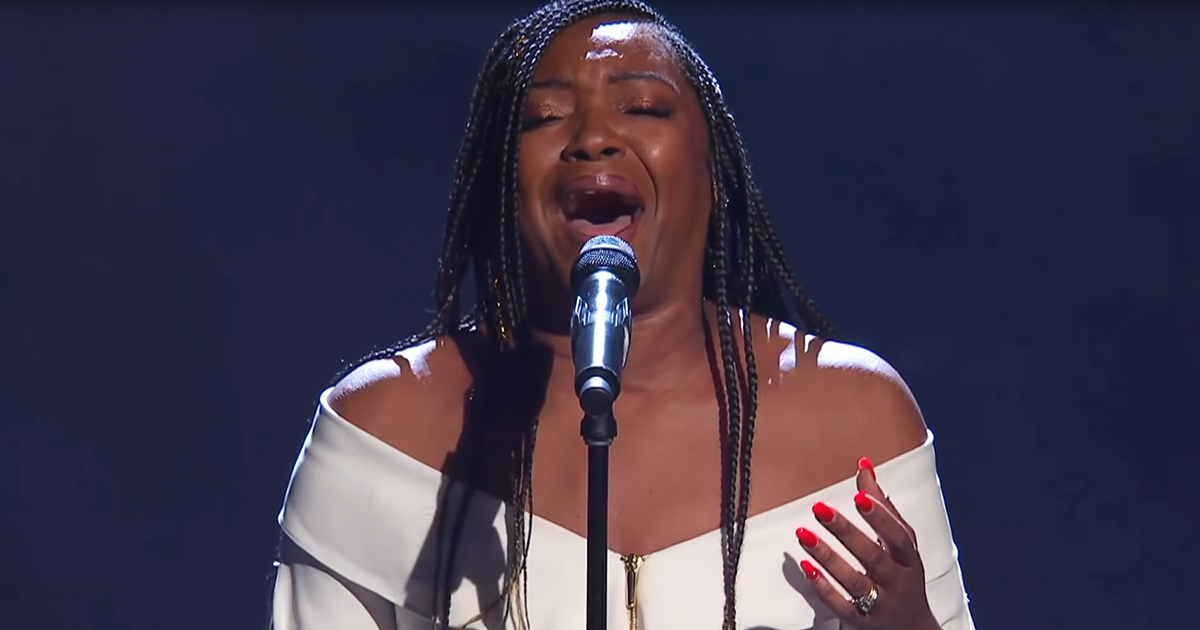 Several hymns stand the test of time, but none of accessible as “Amazing Grace.” This classic song gives people a sense of hope and somewhere to turn during difficult times. Many people use the beautiful song to audition for talent shows like The Voice.

A recent contestant, Angela Fabian, performed a spellbinding rendition of “Amazing Grace” that left the judges speechless. Her soulful voice filled the theater as soon as she began to sing. It didn’t take long for Boy George to turn his chair around to get her on his team.

As Fabian continued, her powerful voice took over and started sending chills to everyone listening, including judge Kelly Rowland. With her all-white jumpsuit, Angela practically looks like an angel as she sings the sweet song.

Her awe-worthy performance caused the audience to cheer before she was finished singing. There’s no denying she solidified her place in the competition, and has a bright future ahead of her. We can’t wait to hear what she sings next.