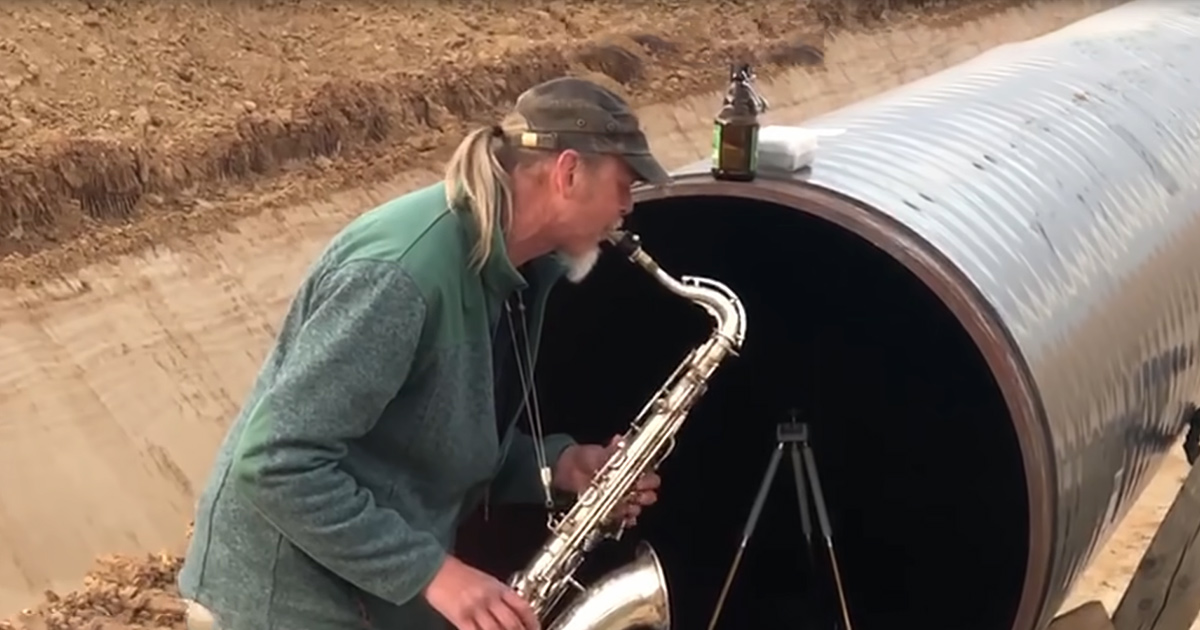 Musicians use the natural effect of an echo in their music all the time. When German musician and sculptor, Armin Küpper, came across this pipeline on a morning jog, his artist’s brain kicked into gear. What happened next was beautiful!

Echoes are sounds that are repeated after a surface deflects them, basically bouncing back at us. The surface can be almost anything, including walls, caves, or the opening to a long abyss. The echo is one of the best parts of singing in the shower! Armin sang into the pipe that day and was pleased with the effect, but knew he could do even better than that.

Now, he brings his saxophone and jams out in front of the pipe! This cat must have balloon lungs because he can really wail! The large pipes contribute harmonizing echoes to his expertly played sax.

His fascination with the sound from the pipes inspired him to start, ‘Tube Sound’ project. The project includes a compilation of takes from his concerts at the pipe. In this footage, he has found an audience willing to clap along and show their appreciation of the beautiful sounds. You will sway and dance along, too!