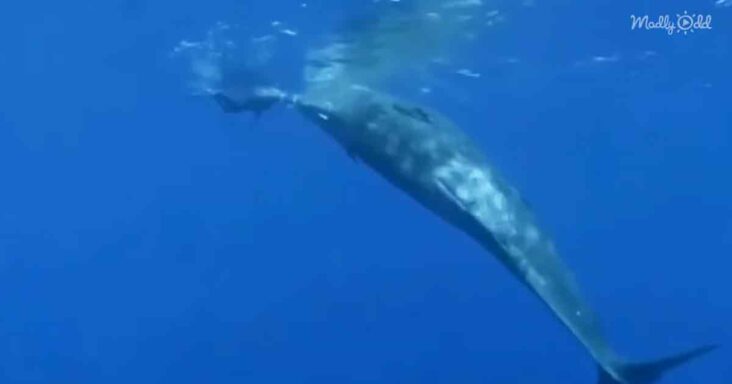 World-famous Mauritian diver, Hugues Vitry, removed a fishing hook from a Sperm Whale that asked him for help. The ocean was wonderfully blue, and the whale was like a massive mythological creature next to Vitry. 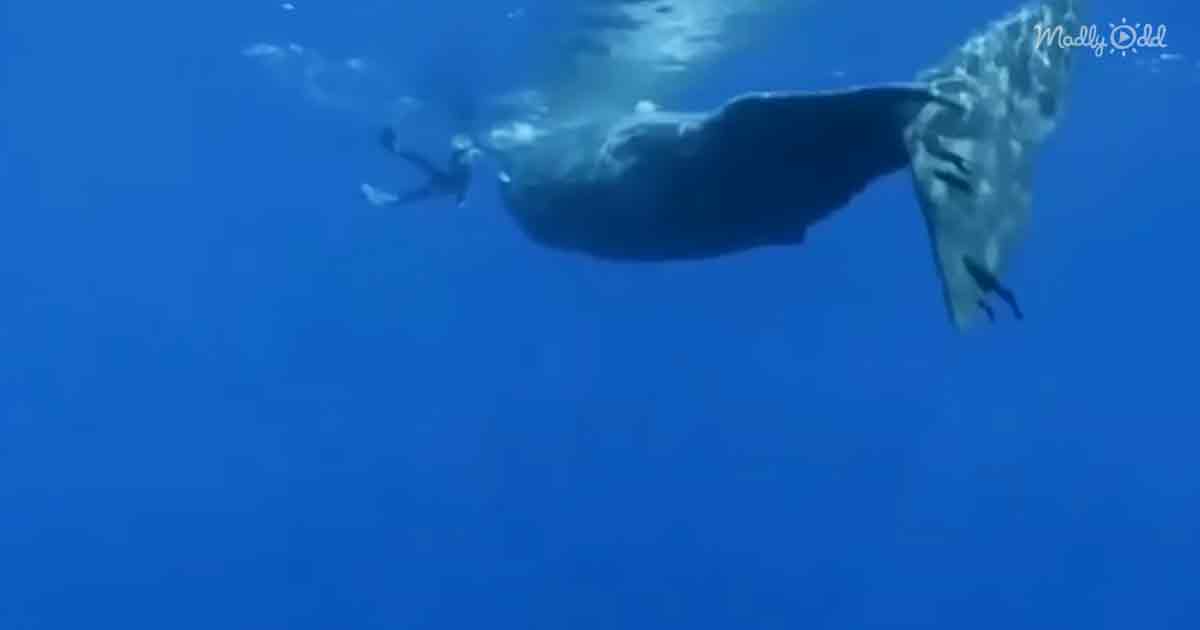 While diving, he saw the whale pass by him, and the whale’s mouth was open as if it was trying to speak to him. There was a strange noise, and the whale drifted slowly towards Vitry.

Sperm Whales are known as the apex predators of the ocean and the most enormous tooth whale next to the Orca. They are incredibly gentle, and their main prey is squid deep in the sea. 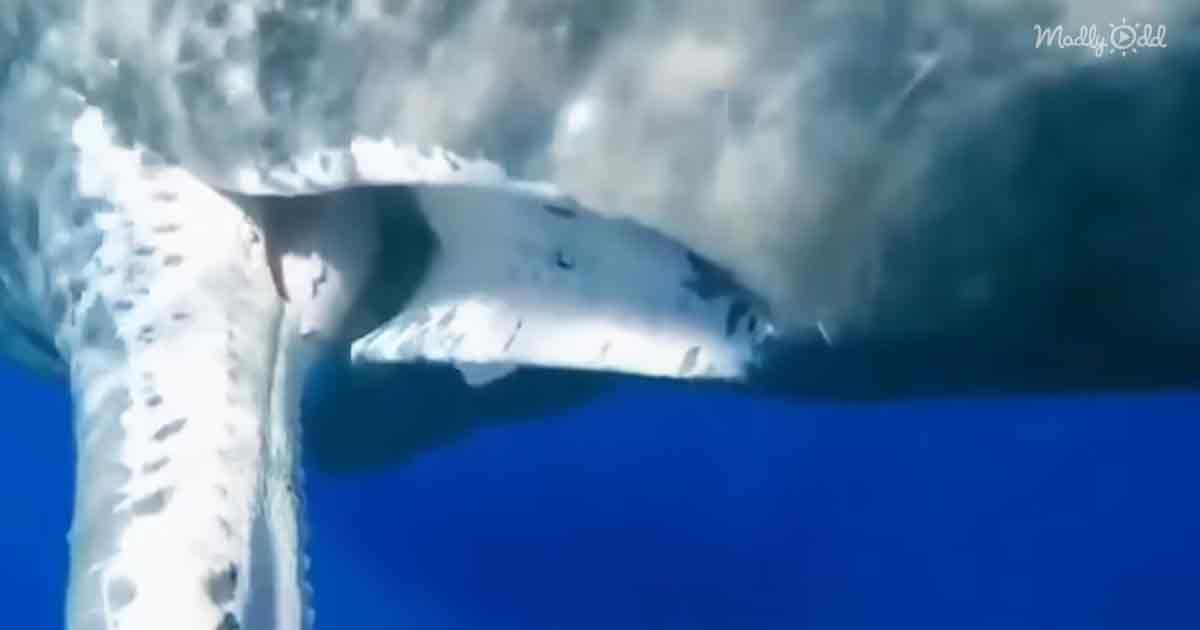 None of that knowledge stopped Vitry from being worried. He thought that perhaps the whale was tricking him into getting close, and then he would be bitten.

Vitry rubbed the whale’s nose and saw a line leading to a hook in the gigantic creature’s mouth. He heard a loud grunt from the whale asking him to pull the hook out. 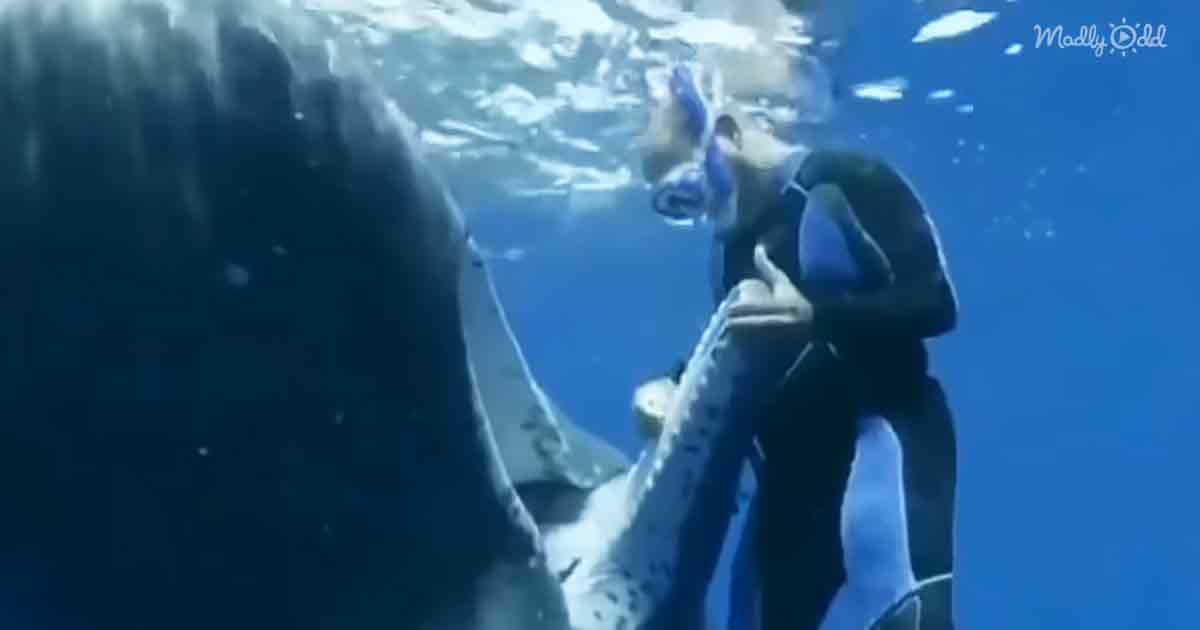 He was scared but carefully grabbed the hook and freed the whale from it. Vitry felt relieved that he was not bitten. Then the whale turned and showed his back.

While the whale stayed, he made a sound to thank Vitry. The diver gave a few gentle rubs to the whale and noticed the whale’s eyes following him before swimming away.