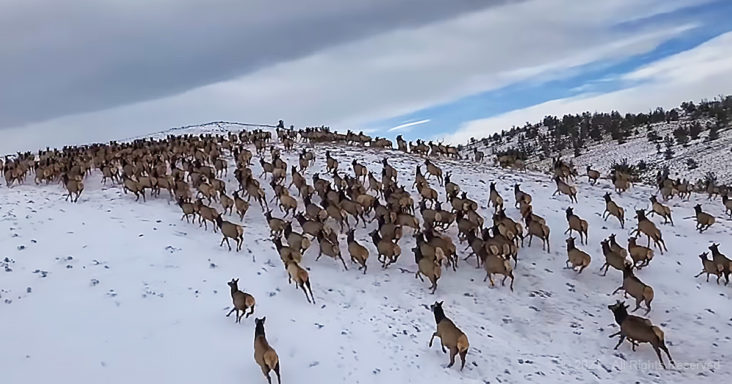 I was impressed to see the majesty of so many large elk running across the landscape. Their size is impressive.

Colorado Parks and Wildlife biologists conducted a survey of the elk in Larimer Country, Colorado, after the Cameron Peak Wildfire, afraid their numbers had diminished.

They flew over them in a helicopter. They herded groups of elk away from the group so they could count them accurately from the air.

Surprisingly, the overall number of elk had not diminished, and there were plenty of healthy adult elk and new babies. They had escaped the fire.

The majestic elk were able to reach their winter feeding ground safely. They appeared healthy and were strong enough to run across the rolling terrain.

The biologists were surprised but pleased to see that the wildfire did not deplete the elk’s numbers despite it burning hundreds of acres of land.