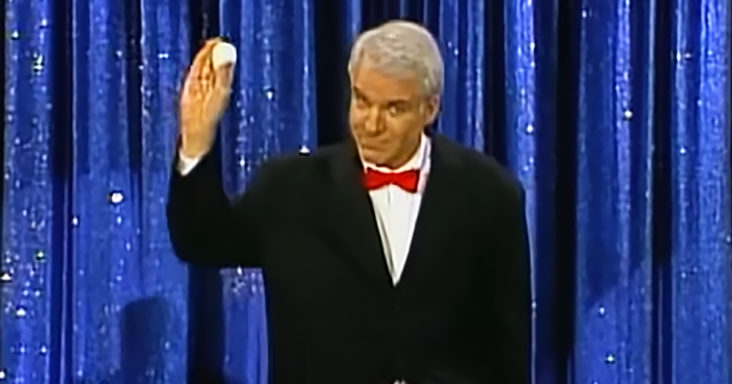 ‘The Tonight Show starring Johnny Carson’ has always welcomed great magicians. In this episode, Johnny introduces his next big magic act ‘The Great Flydini’ who happens to be comedian Steve Martin. 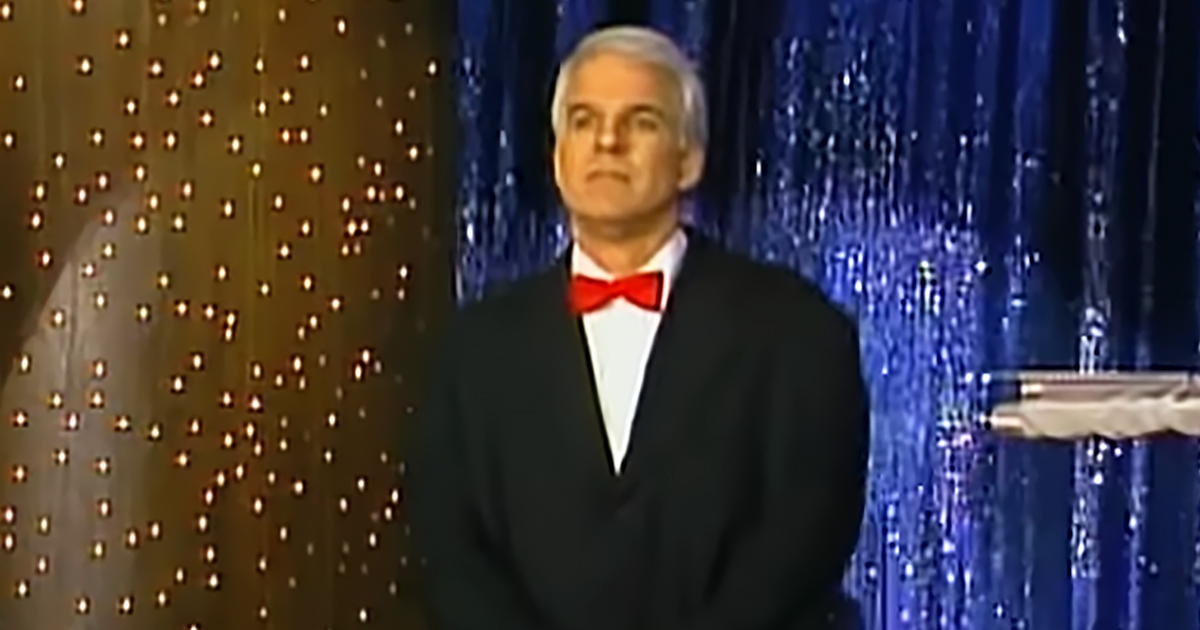 Upon announcing ‘The Great Flydini,’ Steve Martin appears to the shock and applause of the audience. He comes out looking very serious and reveals a very cheap-looking banner. Steve lifts up each side of his tuxedo jacket below the waist and displays a red lining that sets the stage for the magic. The coat edges stay upright, and Martin begins to unzip his fly!

He pulls out one of those long magician handkerchiefs from his open zipper. The audience rewards him with laughs. Steve waits a moment, and without help, an egg appears from his pant’s zipper. He pulls the egg and puts it in a basket. Then, another egg appears, followed by another. 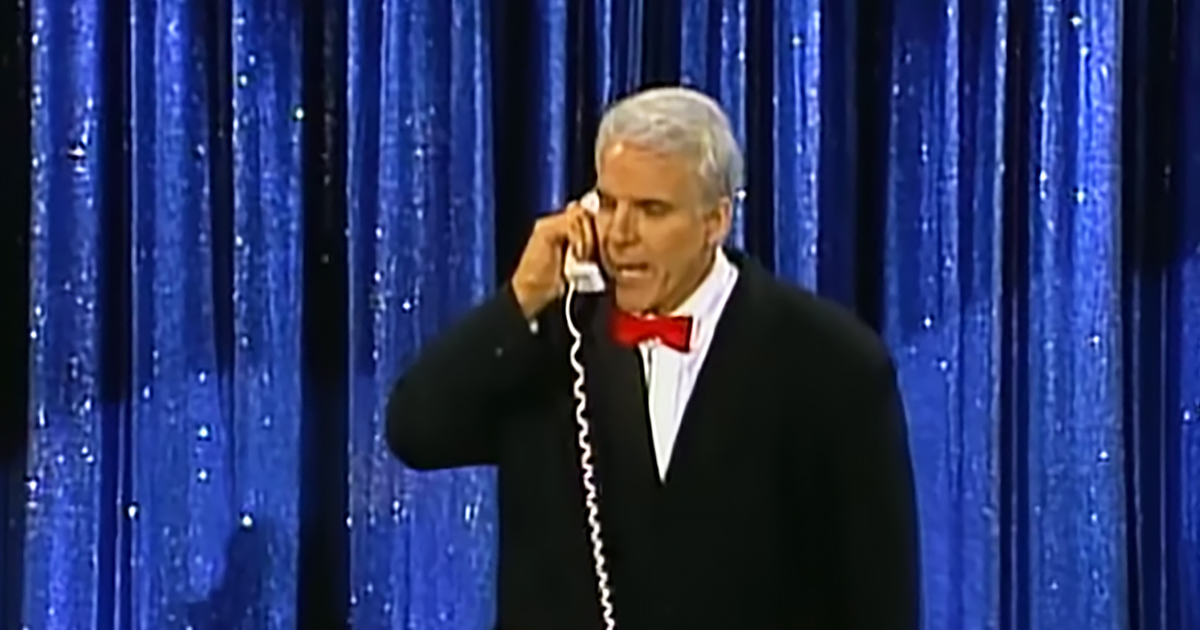 Steve reaches into his pants’ zipper area and pulls out a cigarette. He turns his body to the side, pretending to puff it. Suddenly, smoke begins to come out of his fly! Two more eggs come out, a phone rings, and he pulls a corded phone from his fly, talks, and returns it to his pants.

A beautiful woman appears in a tight dress. Steve looks at her, and out of his zipper pops a bouquet of flowers that he gives her. Next, his fly produces a glass of wine he offers her. The phone rings again, and he picks up only to find out the call is for the woman. Steve stands there while she talks on the phone. The audience is in splits. 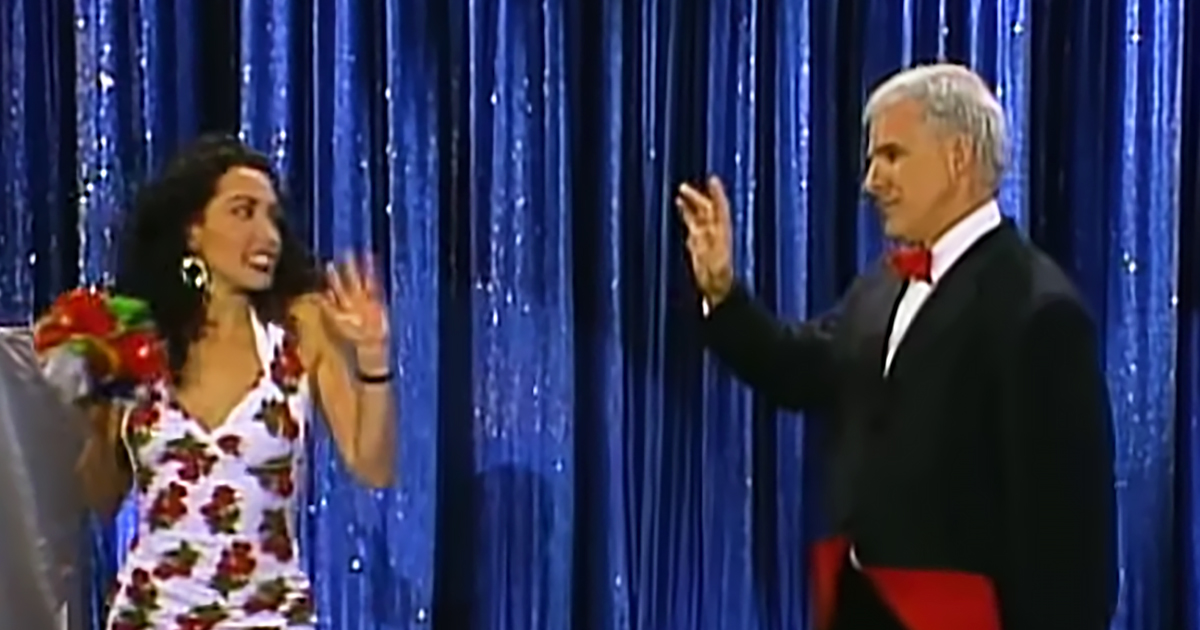 As she is about to leave, Steve offers her a handkerchief from his fly. She carries it for a few steps and tosses it on the ground, and the cloth magically flies all the way across the floor and back into Steve’s fly.

As the magic draws to a close, a Pavarotti puppet appears from Steve’s fly and starts singing opera! Johnny laments, ‘Flydini has shown us more than we ever wanted to see in magic!’ He calls him back out for an encore, and Steve waves as bubbles come flowing from his magical fly!