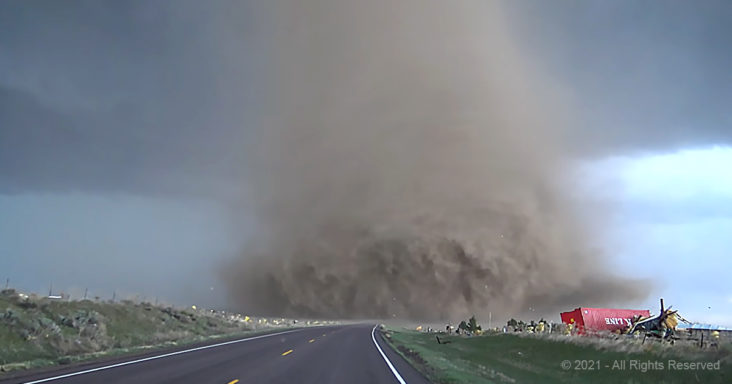 Reed Timmer and a team of storm chasers got close enough to a tornado that you could see the debris being pulled in towards it. As the funnel grew, they didn’t stop chasing the storm.

This tornado near Wray, Colorado didn’t start off quite as big as it finished. The storm chasers started filming a skinny, white funnel spiraling in the sky, slowly heading towards the ground.

By the time the vehicles reached it, it was much wider than the road they followed to get to it. It was also an entirely new color. The debris and dirt that the twister sucked up made it a deep brown. Lightening sometimes illuminated the sky, casting a blue hue on the walls of the cyclone.

Along the way, the storm chasers spotted cars pulled into ditches, other people, debris flying through the air, and other instances of destruction. “Downed power lines!” a passenger indicated as they cruised past.

Loud wind softened the screams of the team as they tried to communicate with each other, making it difficult to hear each other. At points in the video, they can be heard excitedly yelling and laughing. At others, they’re planning their path forward or making sure others are okay.

As the tornado starts heading away from the road, you can hear the relaxed laughter of a storm chaser looking at an abandoned trailer in the middle of the highway. “This is free, right?” he asks cheekily to passengers of another car. 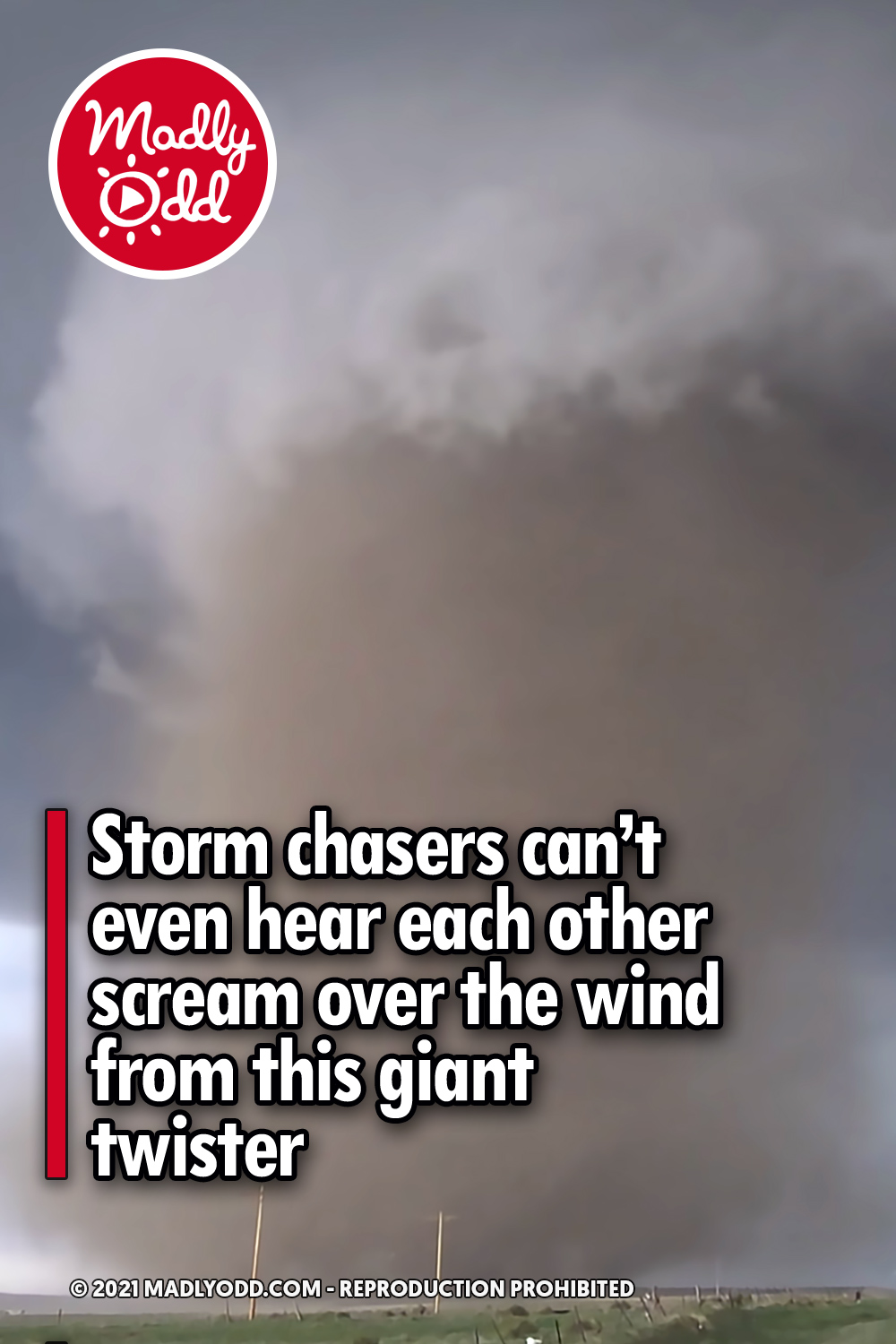