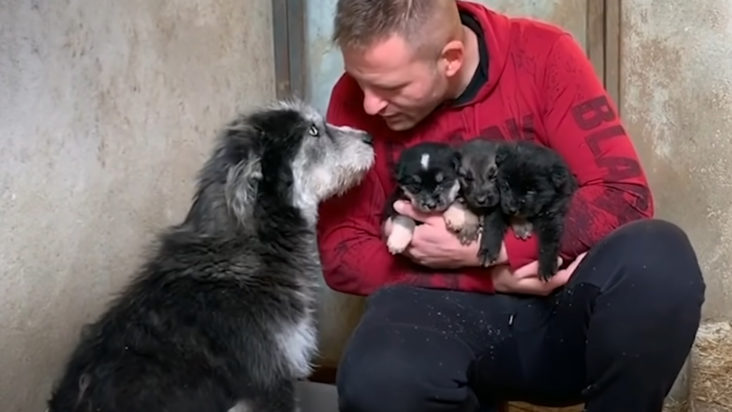 It was a cold winter day when a stray dog approached a man on the street. Rather than run away from the potentially dangerous creature, he saw the desperation in the dog’s eyes. 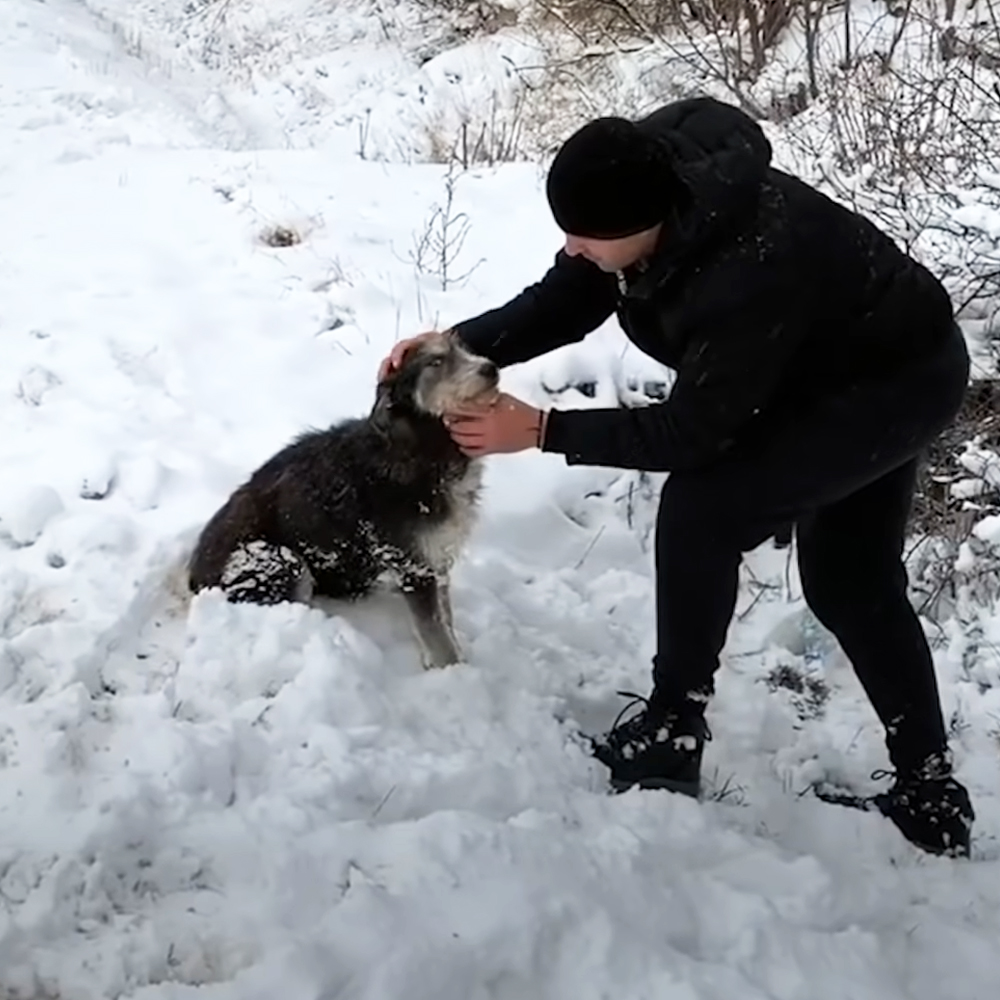 While many of us might have been scared, this man knew he had to do something to help this sweet dog, whatever it was she needed. What he didn’t know was that she was a mom.

She led him back to a frozen ditch, where he finally saw why she had come to him for help. Her babies were stuck in a pipe and in danger of freezing. The man had to act quickly. 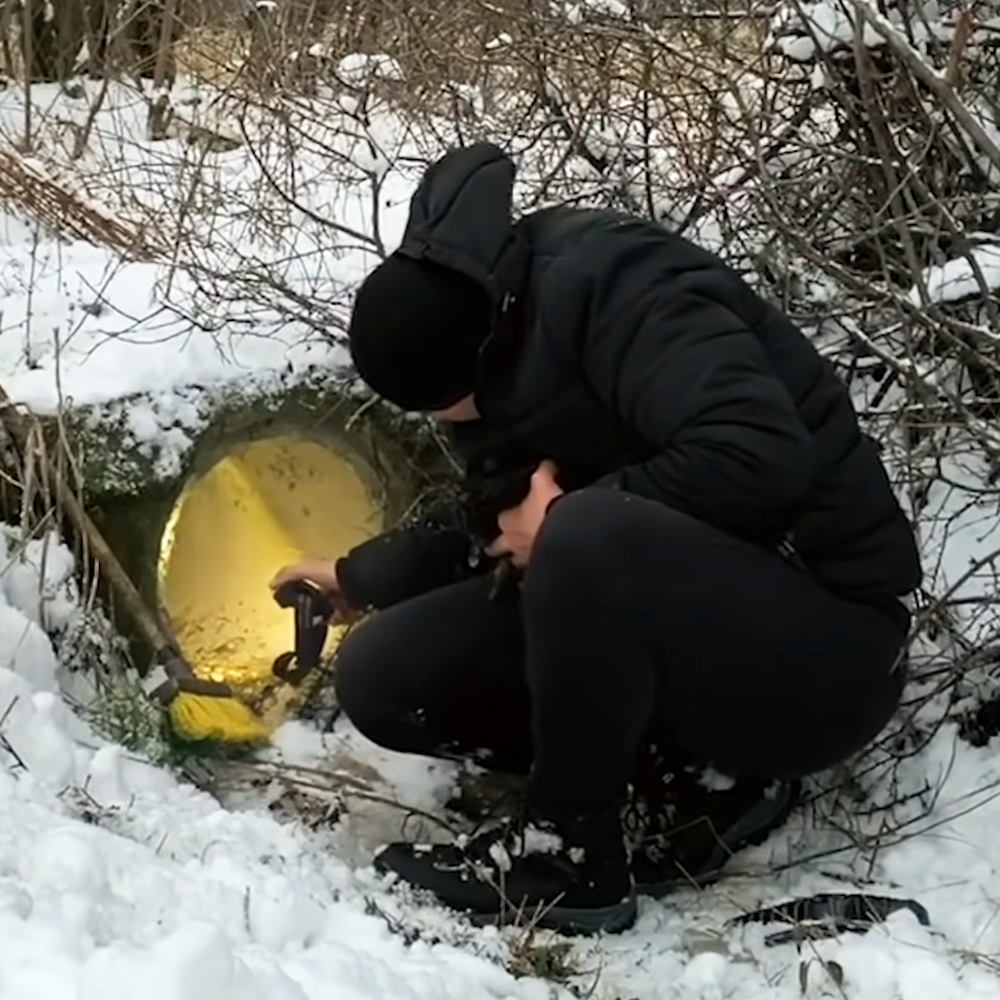 He tried calling for the little ones, but they shivered and pulled away from him. Thinking on his feet, the rescuer put the mom safely into the back of his truck, where she would be warm and laid out bait for the pups.

But when that didn’t work, he had to be extra crafty. He used a broom to help rescue the puppies from the frozen pipe with great care. At last, he had all three of the dogs. 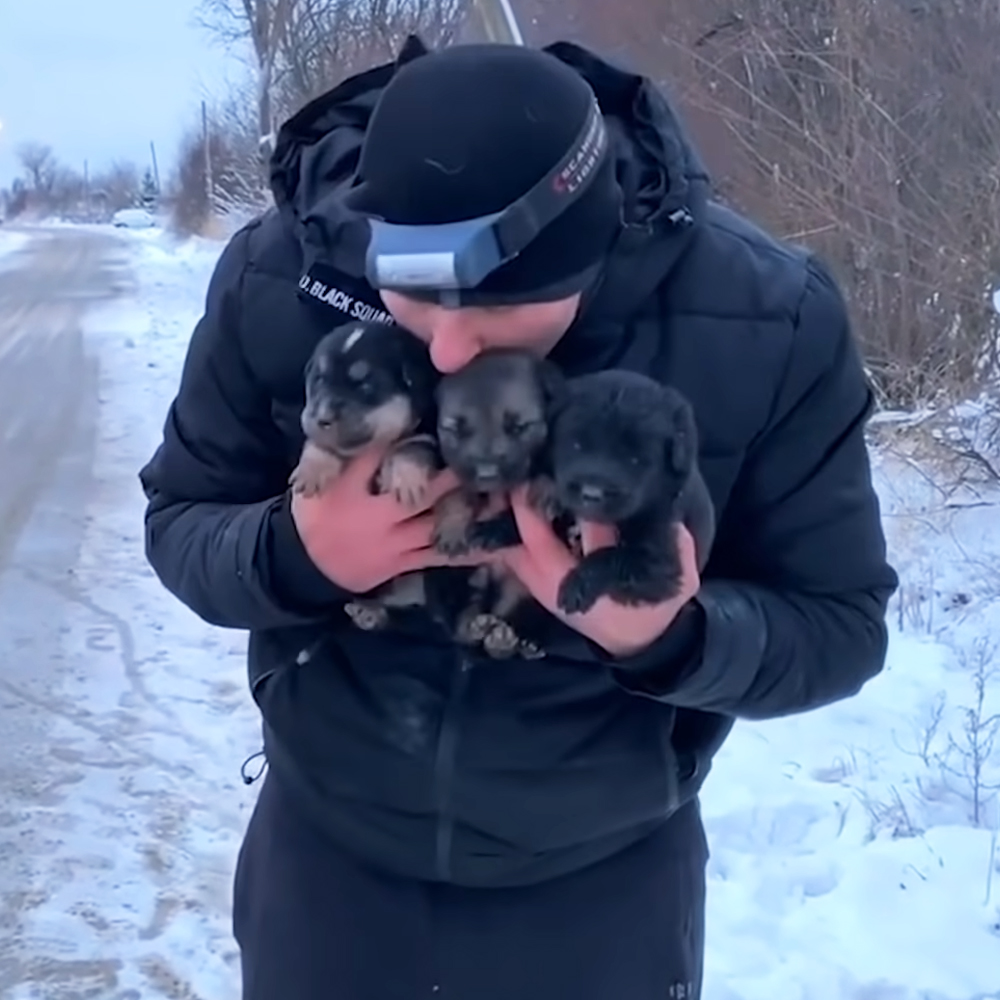 With the family reunited, the rescuer brought the four dogs back to the Dog Rescue Shelter to recover. And in a heartwarming moment, the mom kissed her rescuer in thanks.

Safely out of the cold, the four fur babies grew big and strong, and eventually, all four dogs were adopted into forever homes where they could continue to be warm and loved. 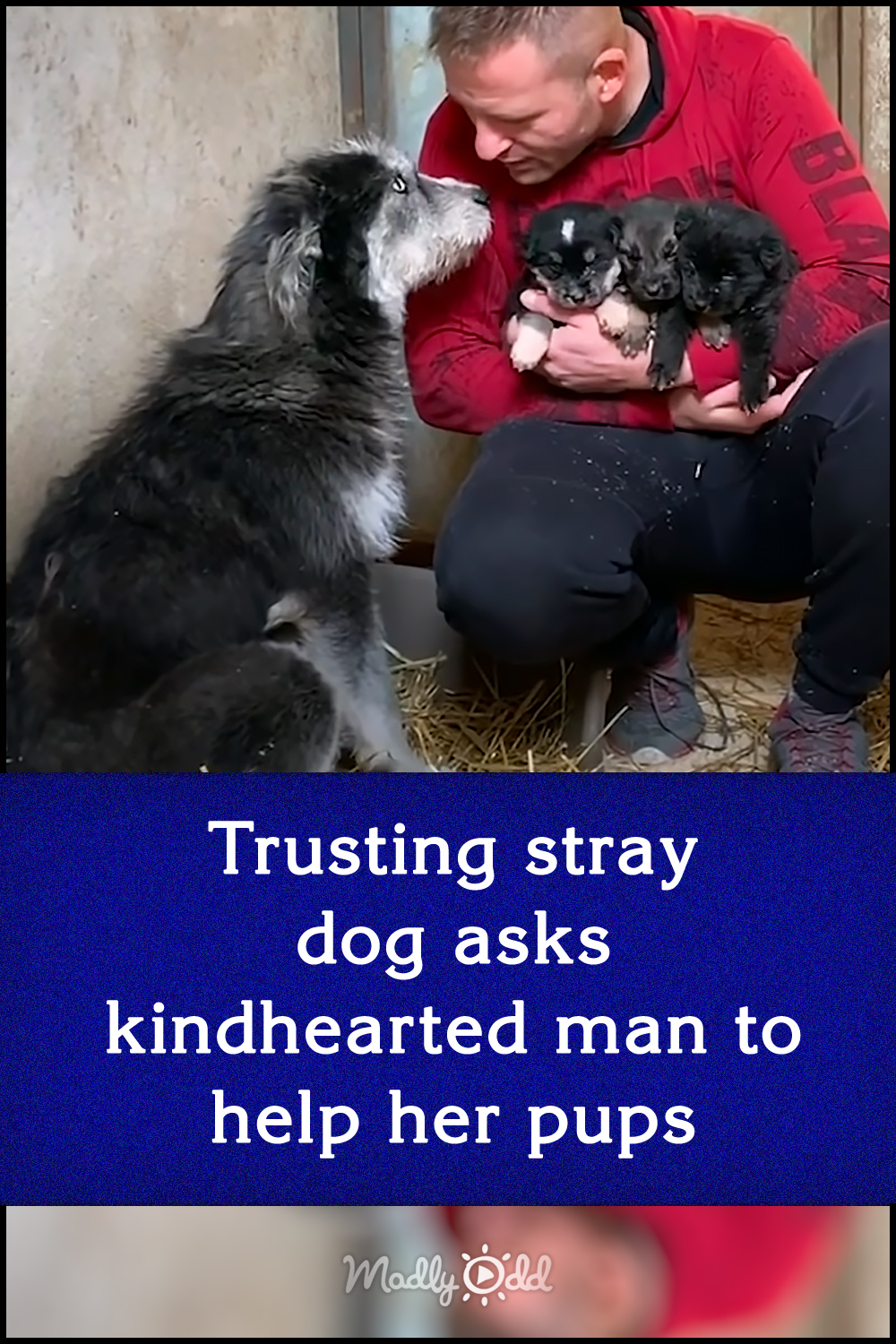