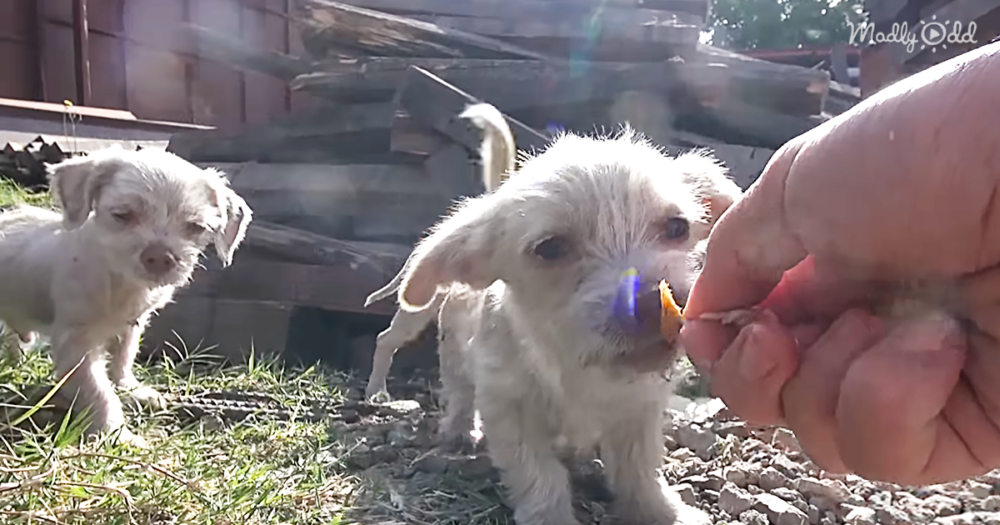 The organization Hope For Paws received a call about a family of stray dogs that were living in steelyard in Compton, Los Angeles. They went there believing that this would be another ordinary rescue. Boy, were they wrong.

When the group arrived, they immediately saw one of the puppies, so they knew where to look. The puppies hadn’t ever had any human contact, so they were quite nervous little pups. And, the rescuers still hadn’t seen mum. 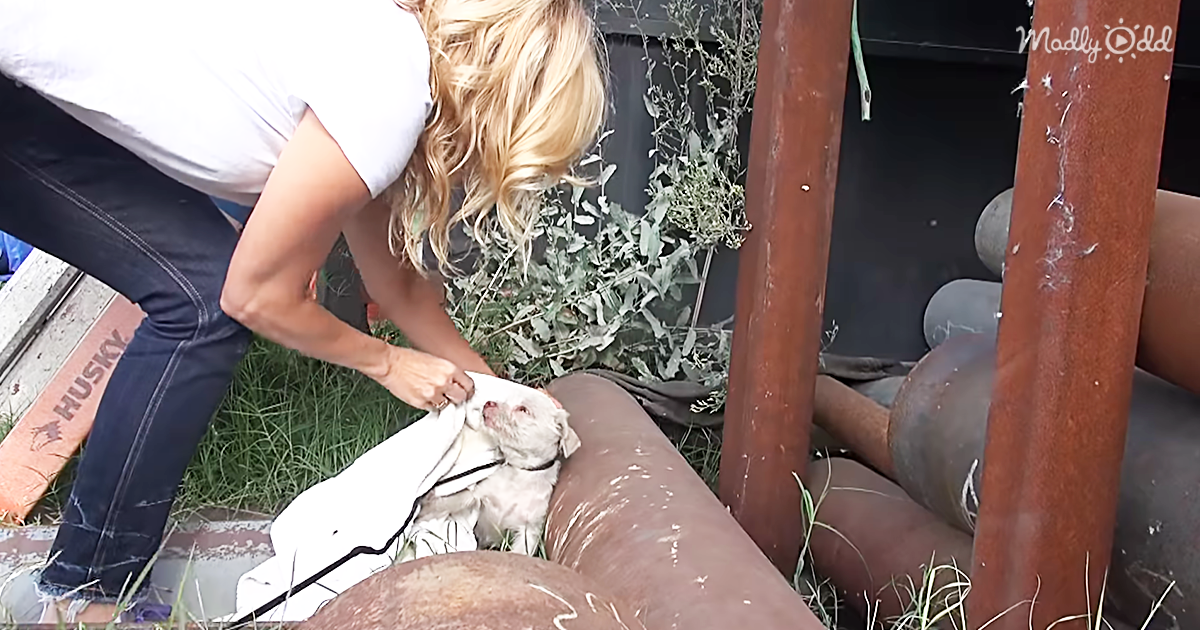 Soon, mum was found hiding amongst the steel. They decided to try and capture her first, hoping the puppies would be a little easier to catch. Mum was collected easily enough, and then they started trying to collect the pups.

While all the pups were terribly frightened, the first one proved quite the catch. She wasn’t happy about being collected but quickly calmed down once in a rescuer’s arms. The second pup was the easiest to collect, and the third took off out of the yard into the street. They coaxed the third one back into the yard, he got himself into a tight spot, but he was finally collected also. 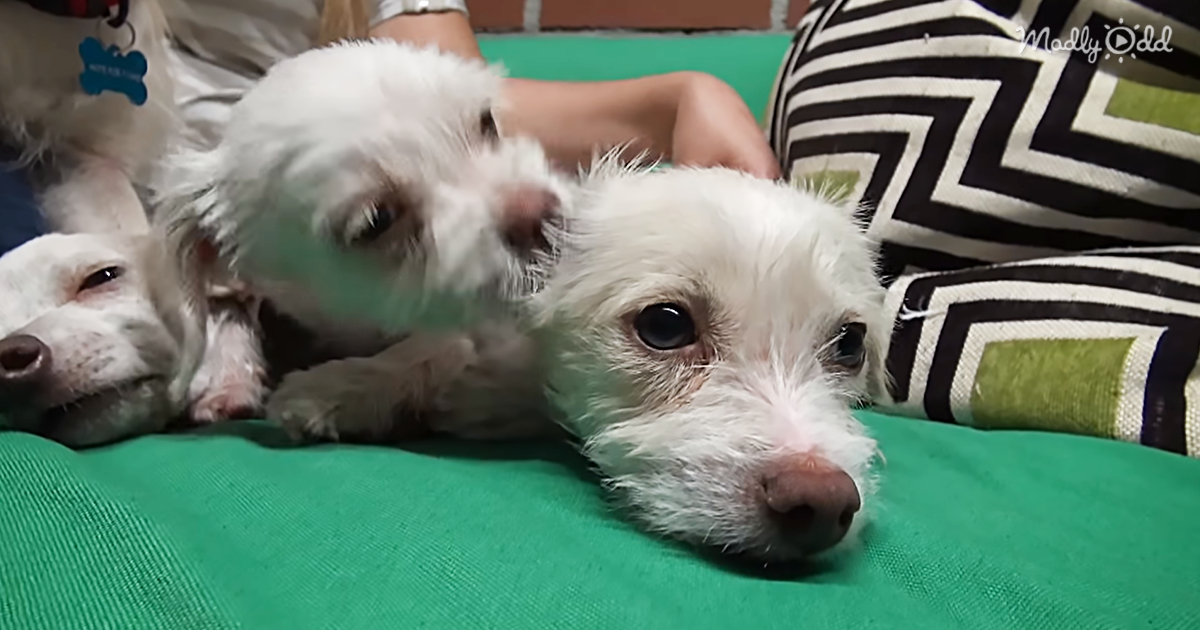 All of them went to the animal hospital – and this is where the rescuers got quite the shock. While they had been in a hurry to collect all the dogs, they hadn’t stopped to notice that mom was actually dad, and he had been looking after the pups. Mum was sadly not to be found, though the steelyard owners promised to call if she did turn up.

The four pooches were all cleaned up, bathed, and checked over. Dad had done a pretty good job looking after his pups, and the puppies clearly love playing with him, too.

The group named them all – Dad was named Wonton, his offspring were named Ravioli, Noodle, and Macaroni (perhaps it was ramen night when they named them?). The names are as cute as the dogs, though. Hope for Paws put out a call online to try and get this neat little family a fur-ever home. I am sure it wouldn’t take long before all these guys are living a life of happily ever after. Thank you Hope for Paws. 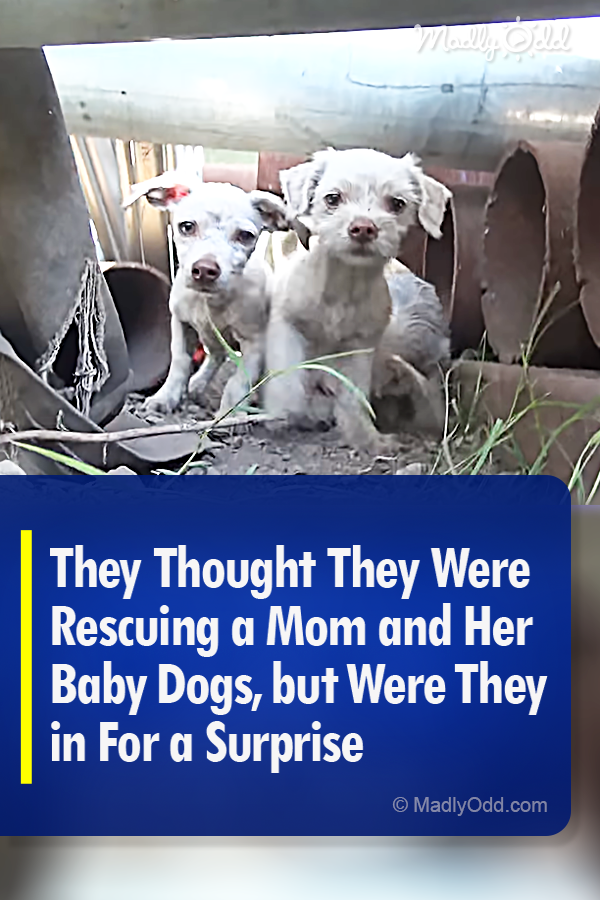