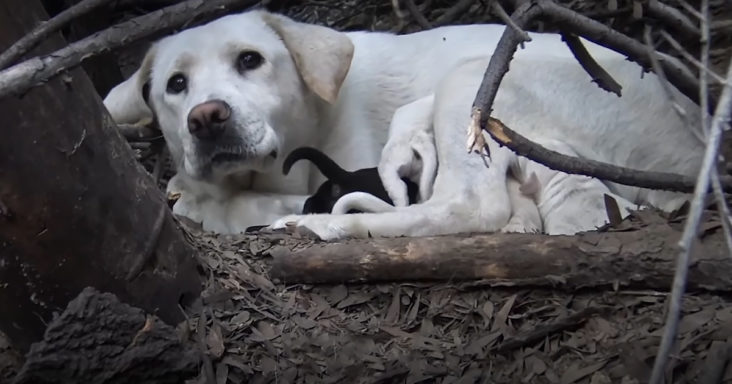 A stray Labrador mother and her seven puppies were rescued by an animal rescue team called Hope for Paws. The dog had settled in the bushes near the highway and had given birth to a litter of puppies.

The protective momma would not allow any rescuers to come near the puppies and continuously bark at them. However, the rescuers did not get scared, and one of the brave hearts even crawled under the bushes to find the puppies.

Somehow the rescuer found the puppies. There were in total of seven puppies. However, it would be hard to get hold of the babies unless they befriend the Labrador mother. 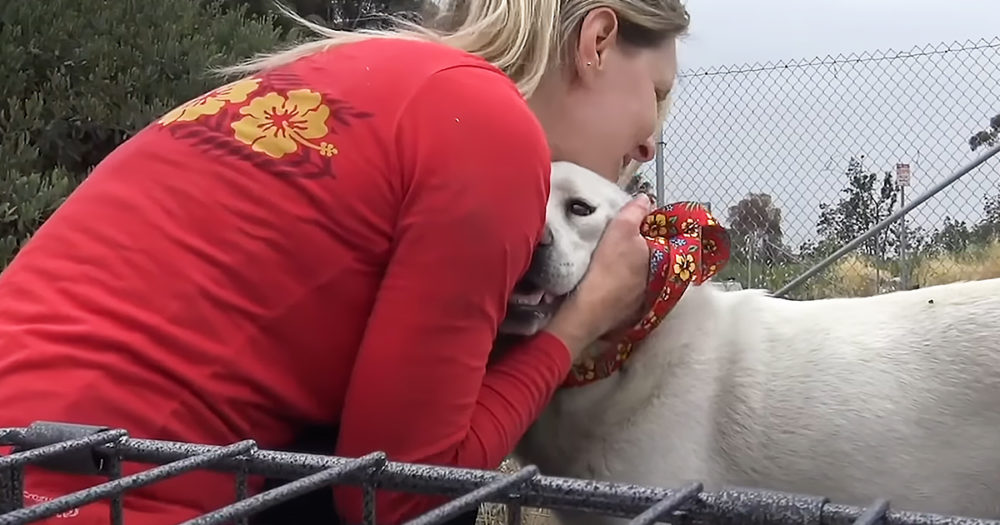 Hence, the rescuer, who was close to the dog, fed him two cheeseburgers which the mama dog gladly accepted and ate. After the snack, the mama dog was friendly and allowed the babies to be taken one by one.

In the end, the rescue workers put a leash slightly on the mother dog, and as soon as they got hold of the last puppy. The Labrador mother quickly came out of the bushes. She was there only to protect her puppies from predators.

All of the rescuers were glad to see happy puppies who were adopted into their forever homes. However, the happiest moment was when they found that even the mama dog had found a home.