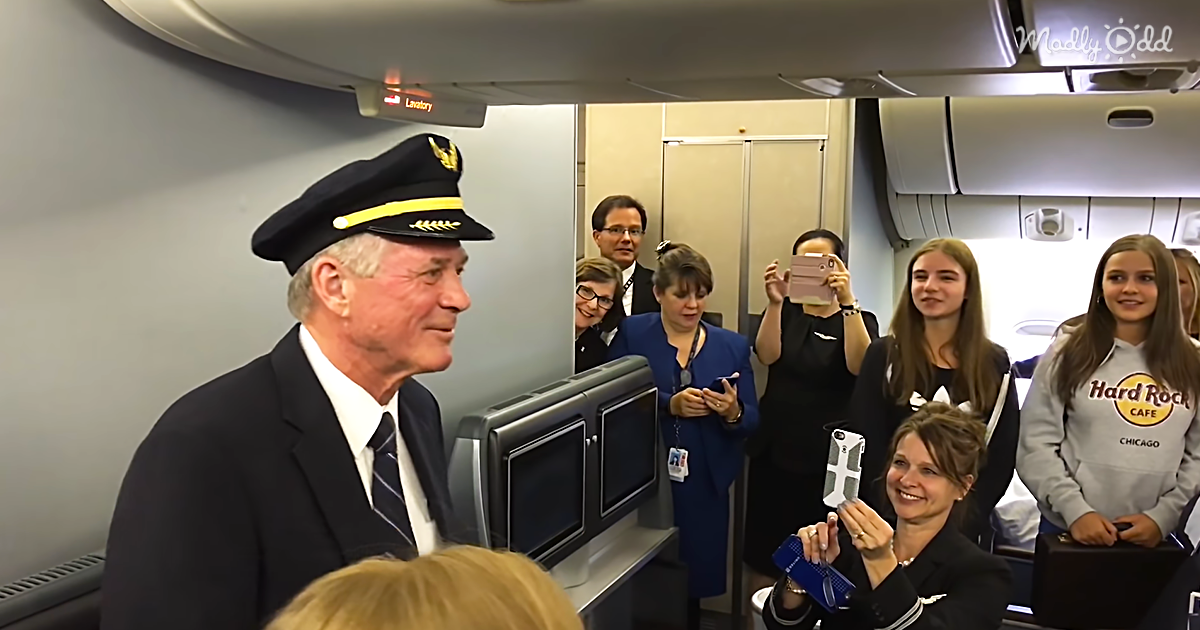 It was his last flight of a 25-year career. When Captain Ronald Smith landed the plane in Brussels, he was surprised by an impromptu serenade by a high school choir who were on board. The students sang him a touching version of Coldplay’s “Viva La Vida,” and made this special moment even more memorable.

At the end of a United Airlines flight from Chicago to Brussels, Belgium, the pilot celebrated his final flight after 25 years of service with a serenade from a Luxemburger high school choir. Captain Ronald Smith was thrilled when the students offered to sing him their cover of Coldplay’s “Viva La Vida.”

The students were attending the LGE (Lycée des Garçons d’Esch-sur-Alzette) in Luxembourg and had traveled to the United States as a group. They were returning home after their vacation in Chicago when they realized that this would be the pilot’s final flight. Wishing to celebrate this momentous moment, the students offered to serenade Captain Smith. No doubt, he was touched.