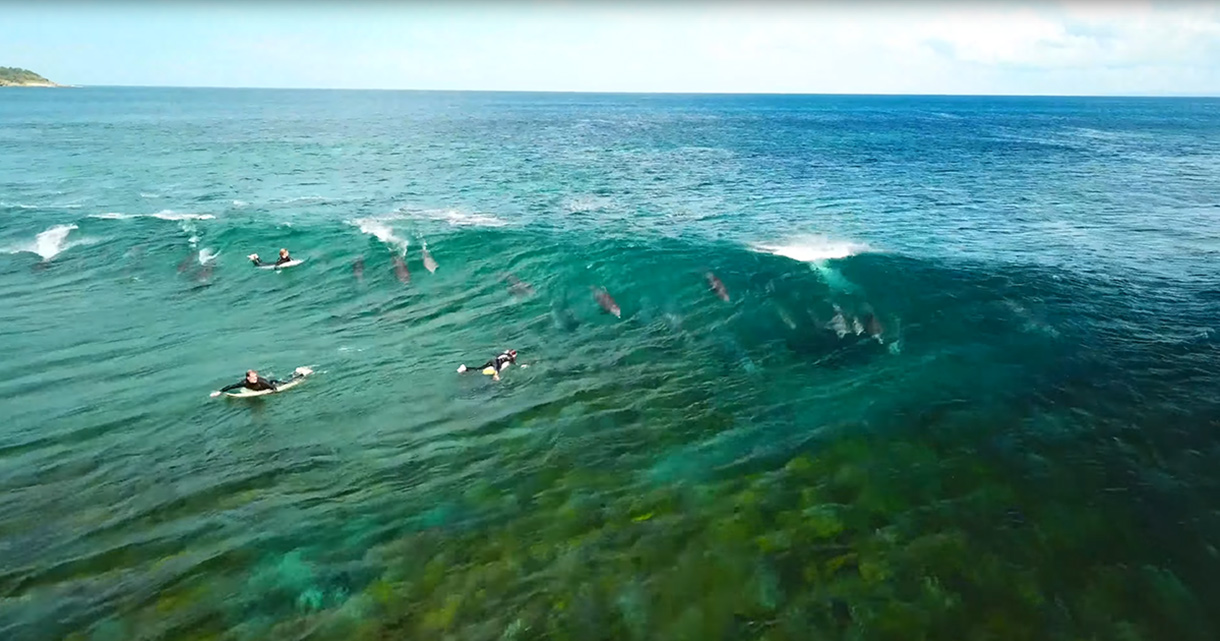 As it turns out, dolphins like to ride waves almost as much as humans. They have even been known to leap out of the waves and into the air! Before the wave crashes, they will turn around and rush back out to sea!

These dolphins swim incredibly fast, using the waves and the current to push them along effortlessly. This leaves the surfers scrambling to catch the wave. While the surfers aren’t really successful, the dolphins can surely “hang ten.” They keep going long after the surfers stop!

Although this might not have been the best surfing that these humans have done, it will be an experience they never forget! What a magical and breathtaking moment to be so close to mother nature’s best surfers. 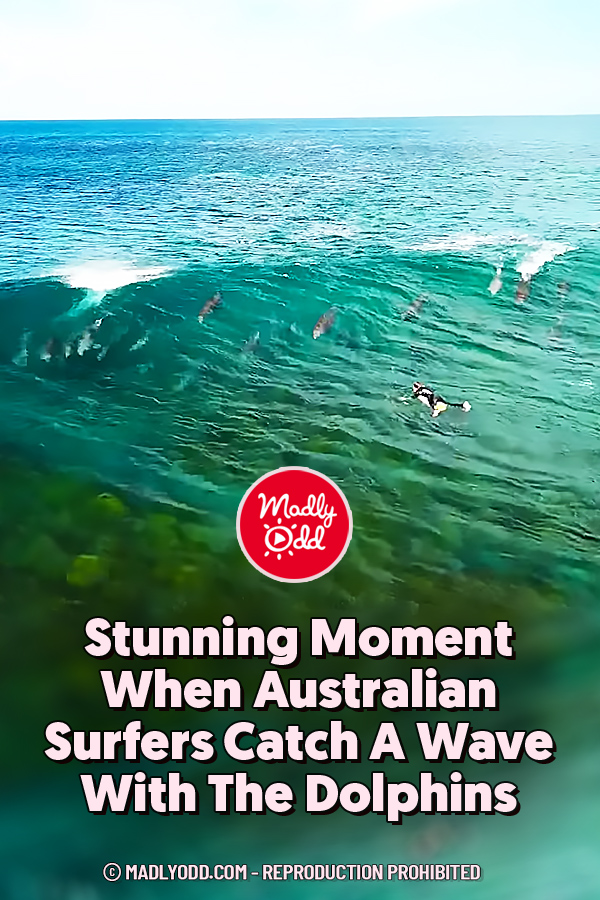