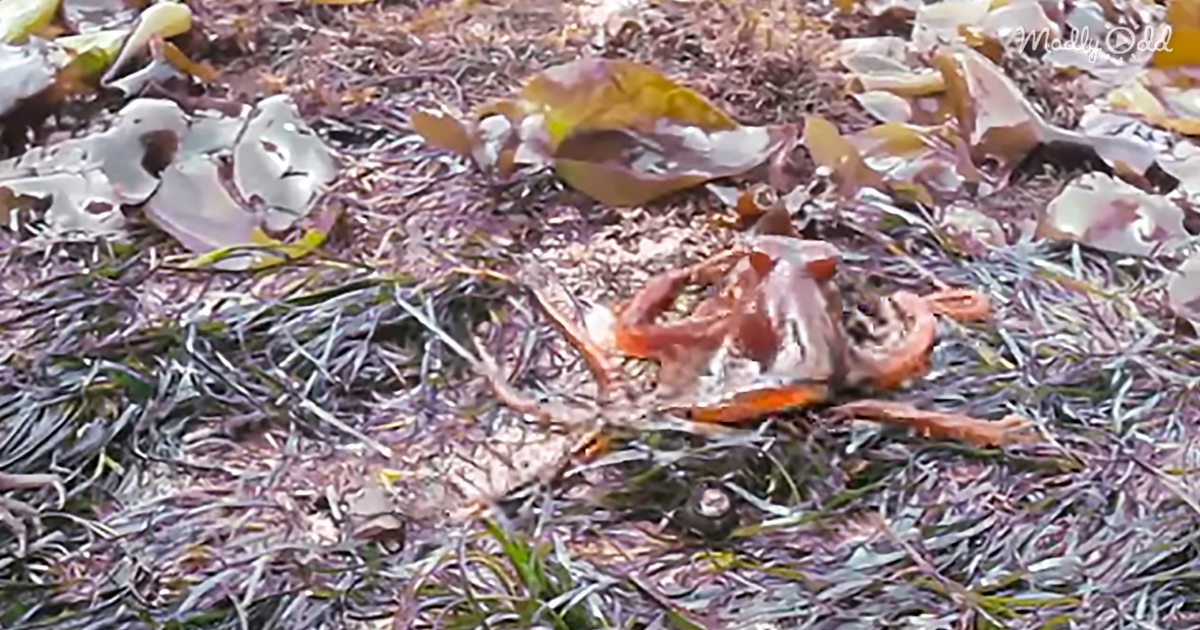 An adorable octopus wanted to give a gift to his new friends at a California marine reserve. So he walked up out of the water to share his lunch with them.

Visitors to the Fitzgerald Marine Reserve back in 2011 got a big surprise when the octopus they were taking pictures of suddenly began moving toward them. In a slow progression that took several minutes, the sea creature walked up out of the water, deposited a crab onto the kelp-lined shore, and then returned to his watery home.

Scientists have stated that octopi are incredibly intelligent, and it makes sense that a creature that intelligent would have the capacity for friendliness. Perhaps what these people witnessed was an overture of friendship from one species to another. 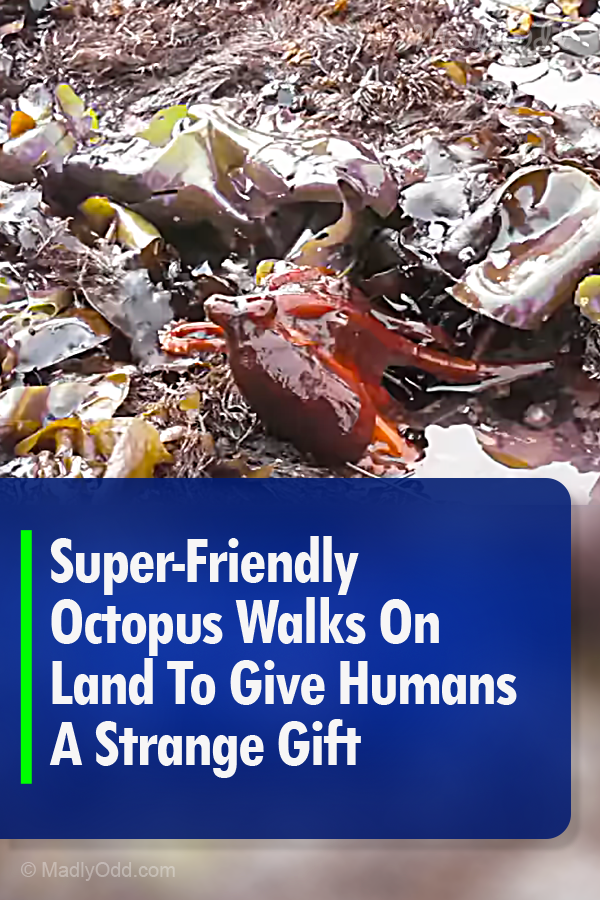