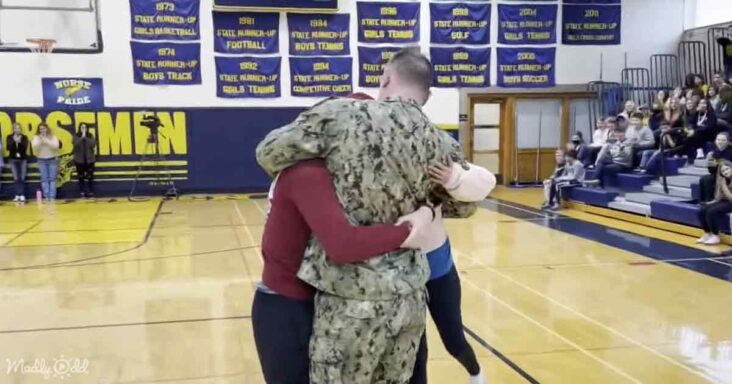 If you or a loved one serve in the US military, you know that work can mean long stints away from family. Boatswain’s Mate First Class Jonathan Hill had been overseas for 365 days. 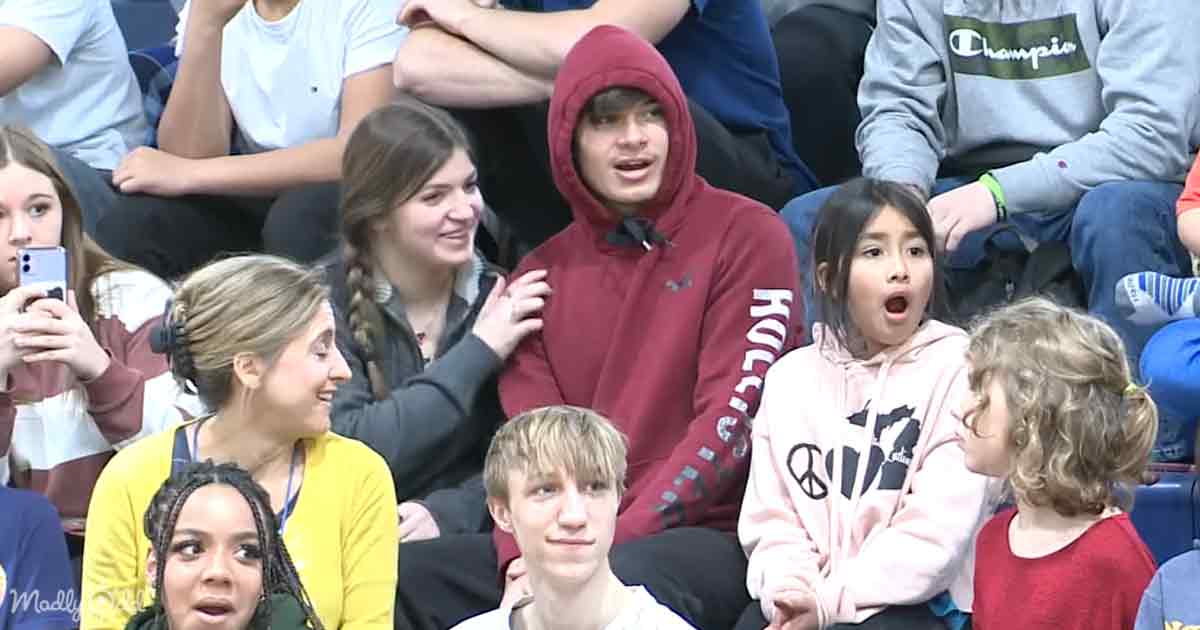 Fortunately, the time away from his family was about to come to an end for Jonathan. And he intended to show up in a big way for his two children.

Fifteen-year-old Landon and eight-year-old Jaliya had been told to join the other students at North Muskegon High School in the gymnasium. They had no idea that the honored guest at the assembly was their father. 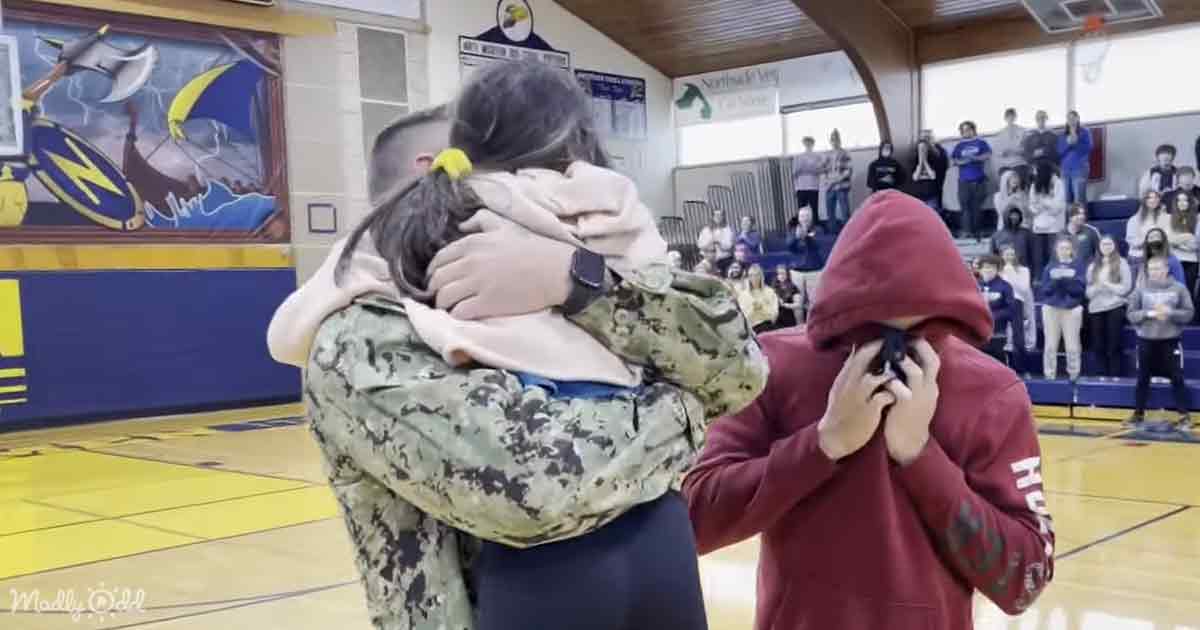 Jet-lagged and exhausted from his flights from his base in Bahrain to London and into Detroit Metro, Jonathan made his way down the hallways. After the flight here, the most daunting moment was waiting to step through the doors and into the gym.

This surprise pre-spring break assembly had been one month in the making. Teachers at North Muskegon High School had kept this reunion a secret, but the secret was finally out. 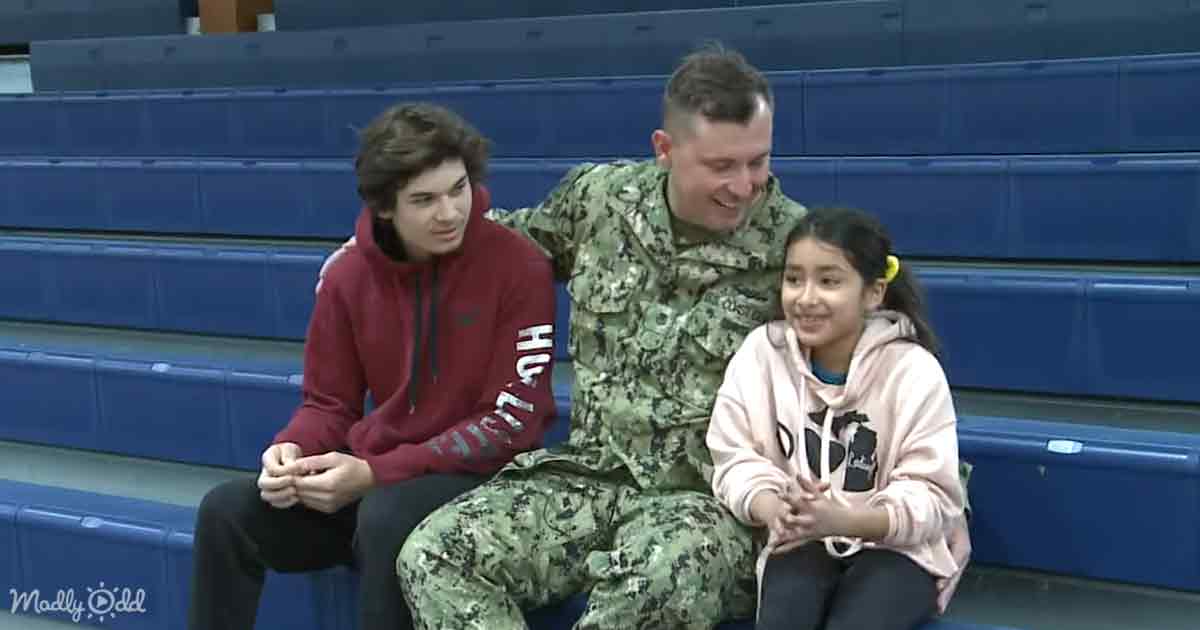 The moment Jonathan walked into the crowded gymnasium, his anxiety melted away. Landon and Jaliya burst into tears and dashed into the waiting arms of their father. Around them, the crowd erupted into applause.

For Jonathan, it was a landmark moment that he had been looking forward to for a long time. “Almost being tackled by my son was the best feeling I’ve had in a year,” said Jonathan. 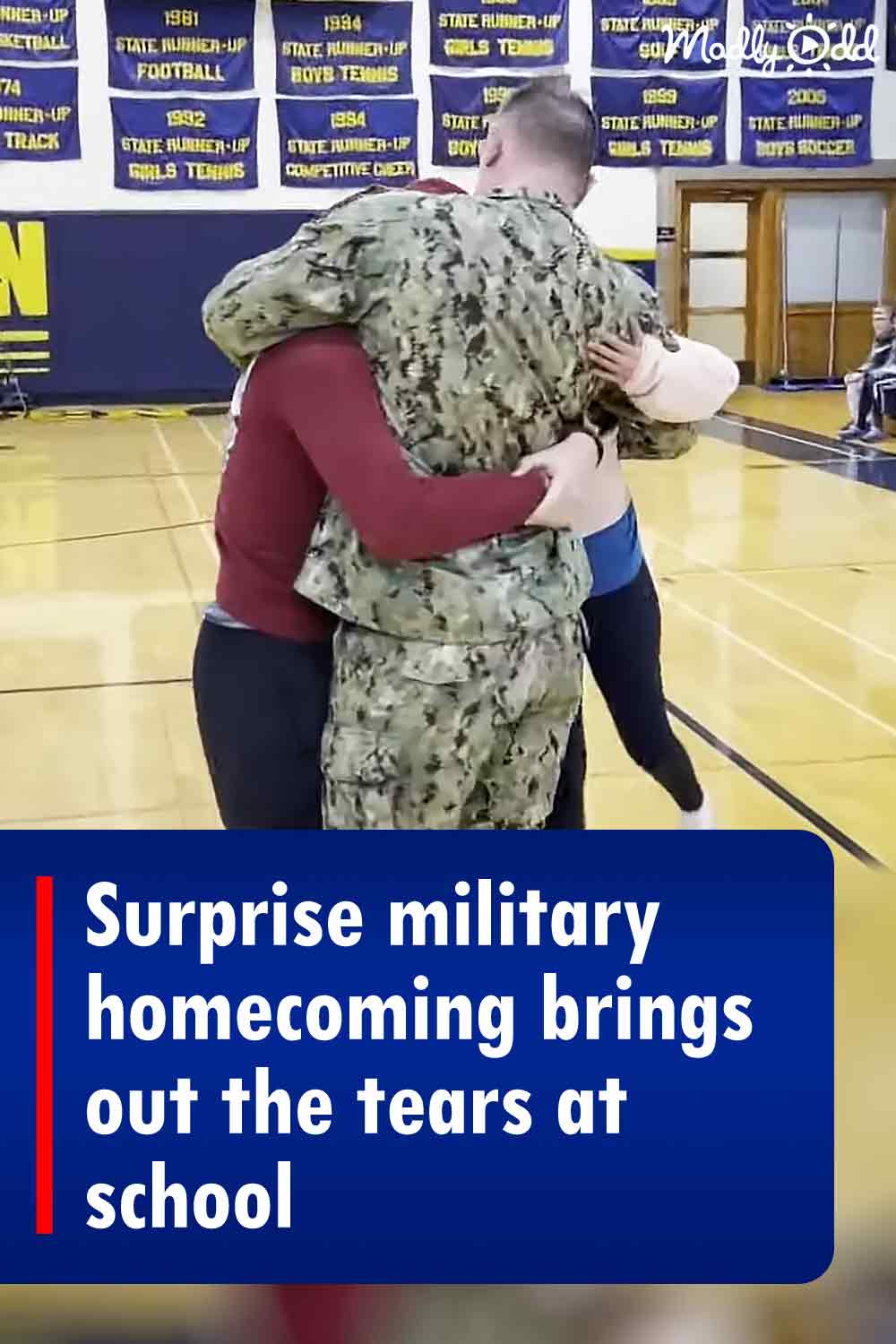