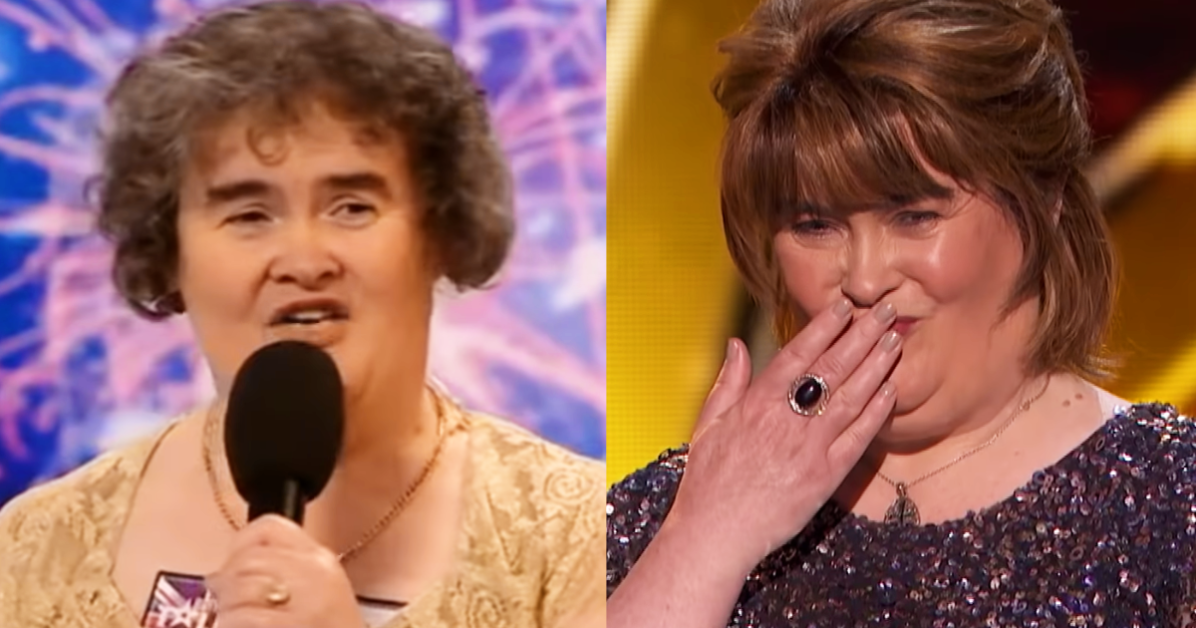 She skyrocketed to fame in 2009 as runner-up on Britain’s Got Talent.  Susan Boyle returned to the “Got Talent”  stage once again and brought the audience to tears with another breathtaking rendition of Les Misérables’ ‘I Dreamed a Dream’ — the song that made her famous.

Since her time on Britain’s Got Talent, Scottish singer Susan Boyle has cranked out a large number of chart-topping albums and sell-out concerts around the world. 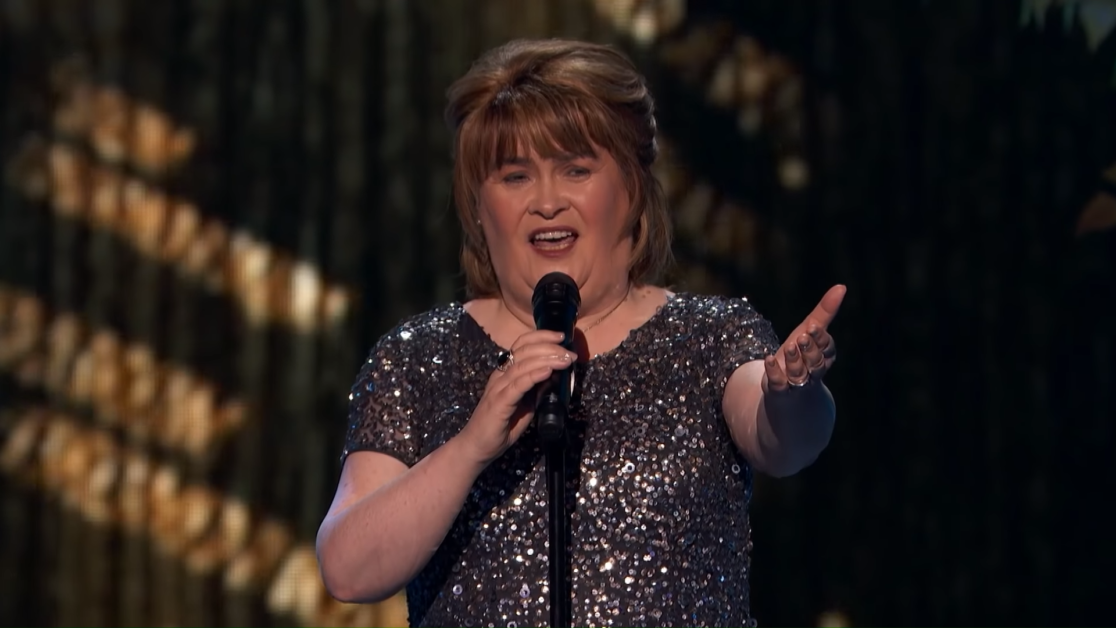 The first song she performed for AGT: The Champions, “Wild Horses” by the Rolling Stones, was a huge hit.  Instead of the well-known rock n roll version of the song, Susan slowed it down for a unique rendition. It was such a hit that judge Mel B hit her Golden Buzzer to send Susan right to the finals.

In her audition intro video, Susan credited much of her success to her mother. “She encouraged me singing…she died in 2007. My mother wanted me to chase my dream. I made a promise to her that I would do that. Without my mother, I wouldn’t be the singer that I am today.”

Susan is very determined to give the show her all, as she does every performance.  She said, “I wanted to compete on The Champions because it’s a challenge, and I love a challenge.  This is my opportunity…I would love to win.”

For tonight’s audition, Susan chose “I Dreamed a Dream” from the Broadway hit musical Les Misérables.  This is the song she sang in 2009 in her BGT audition that got judge Simon Cowell’s attention and won him over.

On the video performance, Susan stood on stage with the same calm, quiet confidence that she showed on the BGT stage all those years ago.  She wowed the judges and audience as if it were their first time hearing her. Effortlessly, Susan’s voice traveled over every note and brought the song to life.  When she reached the climax of the song, the crowd stood to their feet cheering.  This performance will definitely give you chills.

If you loved hearing Susan Boyle sing this song again, please share her wonderful video with your friends and join the discussion going on down below. 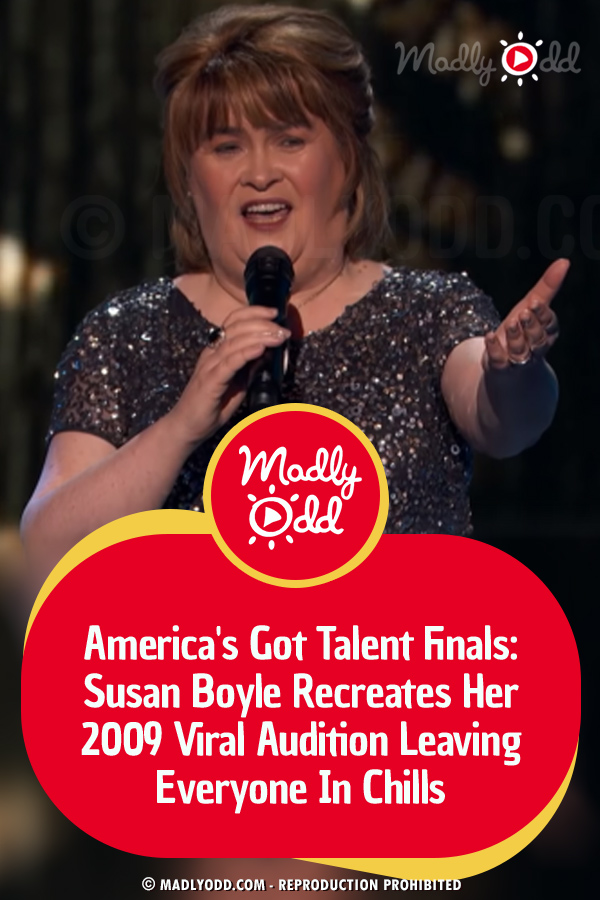