Who is your favorite artist? Is he or she someone who is still living? If you had the chance to listen to an artist that is no longer with us, who would it be? There are many of them who had great singing careers but whose lives were cut short, at times, too short. Now, what would you think if they could perform with one of our current starts… it would be magical, wouldn’t it?

I’m sure that you and I would be very happy to see out favorite artists on stage, even if it were for the last time. Some of us are incredibly fortunate to have the technology we do that can make things like this come true. This technology also allows these artists to join forces with many of the current performers, and let me tell you, they can sound great.

There’s a duet between the legendary Elvis Presley and the classical music star, Susan Boyle, that you must see. You could have thought that something like this would not be possible, but fortunately, it is! The two great voices came together in a duet of the classic song, “O Come, All Ye Faithful.” The result is magical and will leave you wanting more. This was a song produced for Susan’s Christmas album called “Home For Christmas.”

Elvis has been one of my favorite singers for a long time. He became known not only for his incredible talent but also for their great personality. Everybody who knew him would like him almost instantly. His career has had a lasting impact on music and he still has millions of fans who are always waiting to see what compilations or unheard single come up. The demand for his records is not going away anytime soon, and we are lucky to still be able to hear his voice.

Susan, on the other hand, became famous as she competed in the now popular show, “Britain’s Got Talent.” She didn’t look like your average singer back then. She took the stage looking very confident, but the judges had their doubts about her capabilities. It turned out that she had been a singer back in the day, but her career had dimmed out for a reason.

Everyone’s jaw dropped the minute she started singing. The judges were left speechless and she went on to the next round. After many breathtaking performances, she went on to the finals where she won by a hefty margin. Once she won, she got her own record deal and has been very successful ever since. She truly has an amazing voice.

If you haven’t heard her before, this is the perfect time to do it, and who better than Elvis to perform a great duet with for this wonderful song. Get ready to get goosebumps! 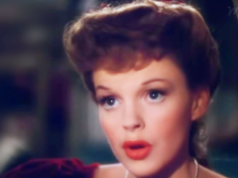 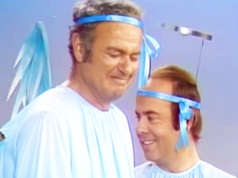