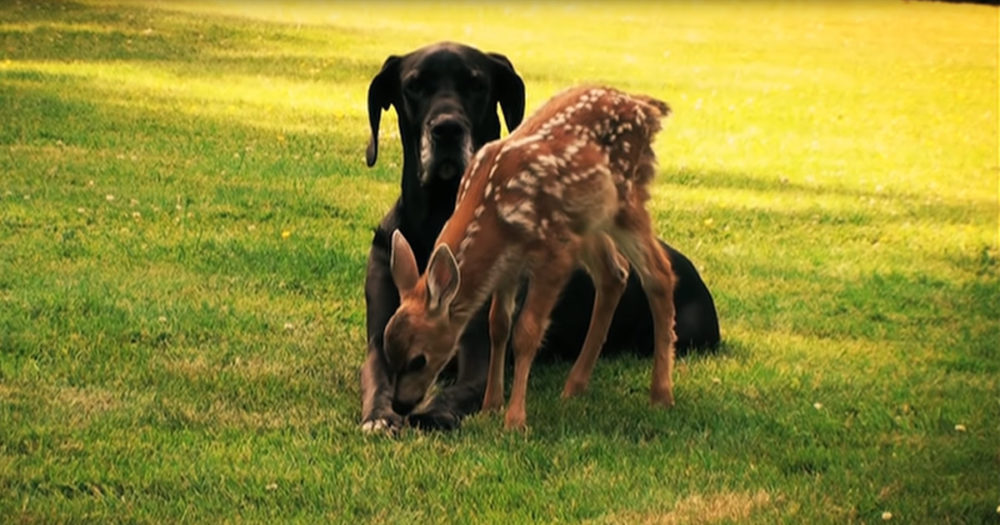 It’s not uncommon for wild animals to be abandoned by their mothers. This can happen for several reasons, but it never stops being heartbreaking. One baby deer is left alone and finds a Great Dane pup to become friends with.

Isobel Springett has beautiful woods in her backyard in Courtenay, British Columbia. She’s used to seeing random wildlife in her yard but was startled when she heard the cries of a baby deer. Isobel assessed the deer and left it in hopes her mother would return.

After three more days of painful cries from the precious deer, Springett realized that the baby had been abandoned. She brought the deer inside and began caring for it. She even went as far as to name it Pippin.

In the following weeks, Pippin became best friends with Isobel’s Great Dane named Kate. Thankfully, the dog was gentle with Pippin and played nicely. Once she was healthy and able, Pippin returned to the wild but still returns every day to see Kate. 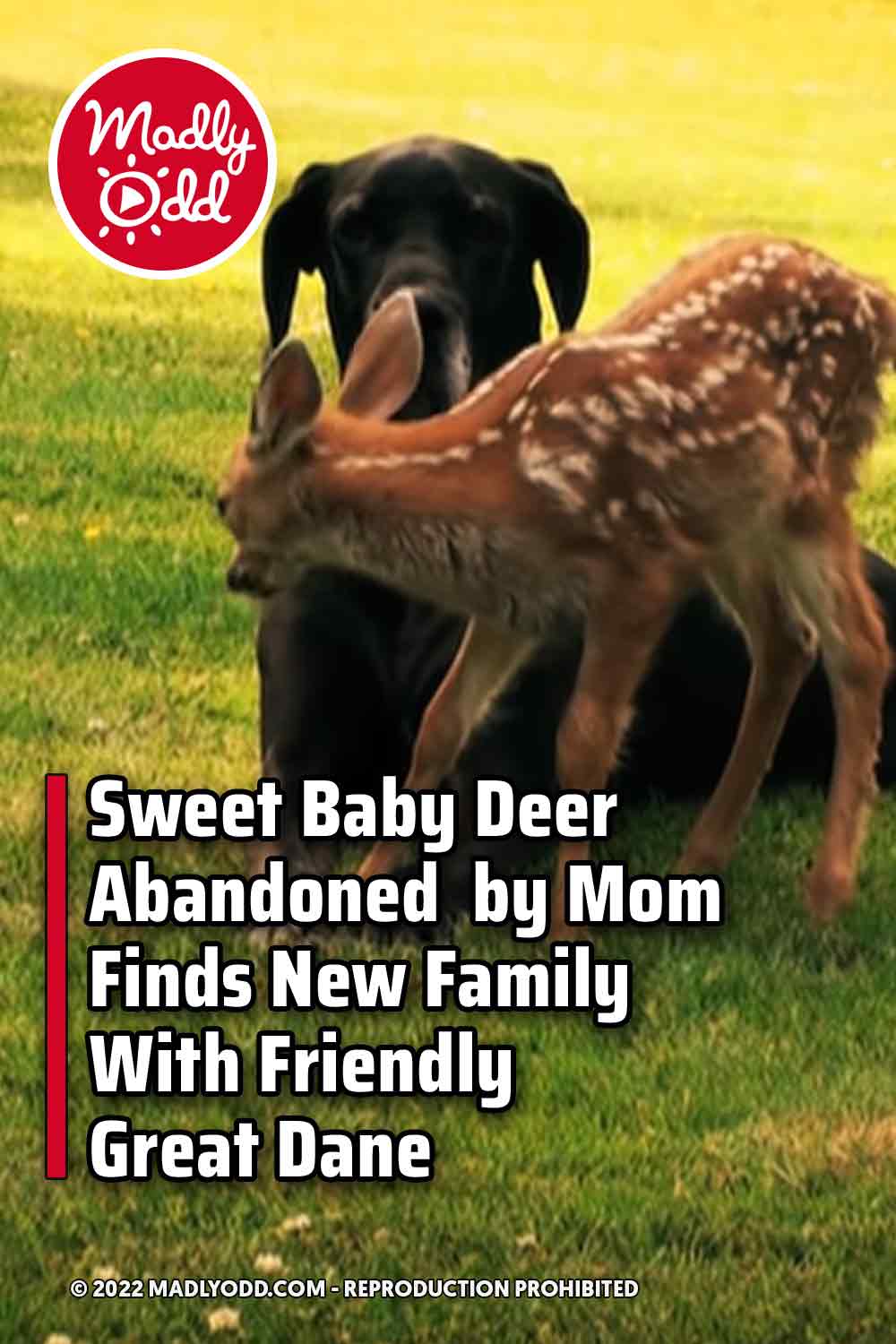