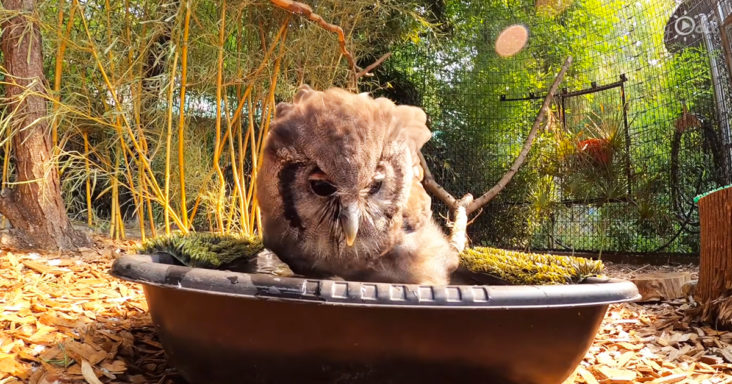 There is nothing more sensational on the internet than the story of an animal or two. An owl has just caused a stir on the internet after a video of the bird taking a bath.

The video was shared on both YouTube and Twitter and has racked up hundreds of likes and comments. While some of the comments were satirical, most did know the vibe.

The owl named Kamaria is one of the animals looked after by the Oregon Zoo in Portland. Captured on camera, the fluffy wide-eyed bird was filmed by one of the zoo officials. 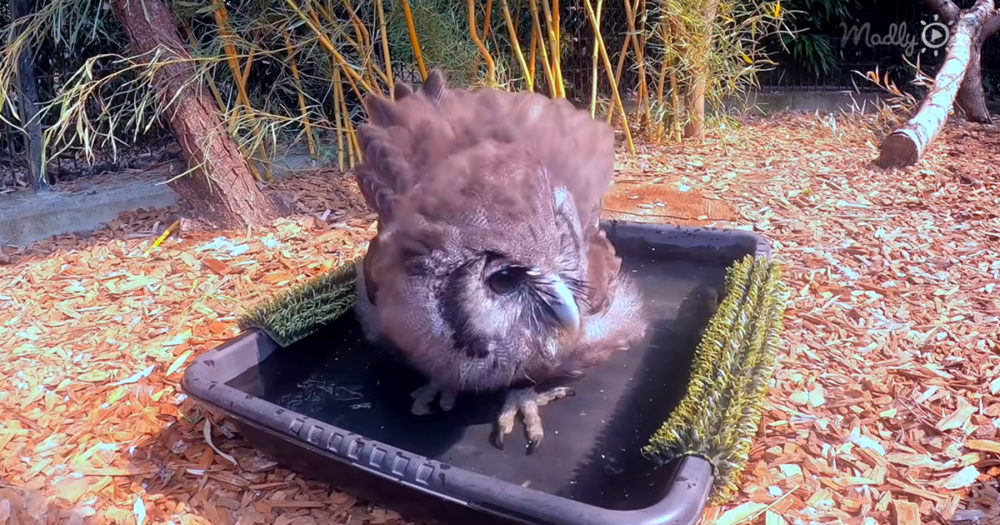 Kamaria is a milky eagle owl whose beauty and grandeur are impeccable. The nocturnal bird is legendary with range and has remarkable dominant features. She has been at the Oregon Zoo since she was little.

In the video, the bird shakes her wings from side to side before leaping into the water. It must be noted that the officials provided the bowl of water for that purpose.

Every morning, the owl would wash her face with water as if trying to brush away her sleepiness. She would do this looking side to side, checking if more things were left to brush aside.

With her talons clicking the bathtub, it does seem Kamaria only gets her body wet and not her feathers. She keeps doing this until her butt is as wet as her face. And when she’s done, she flies into the day.