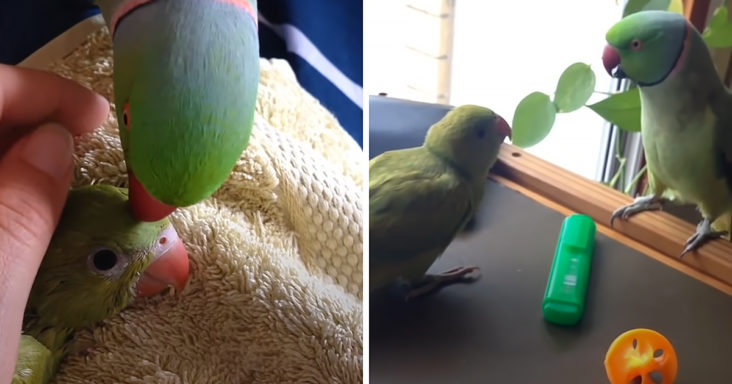 Parrots are known to be pretty extraordinary birds. Intelligent, social, and clever—humans have been keeping them as pets for a long time because of their unique personalities. 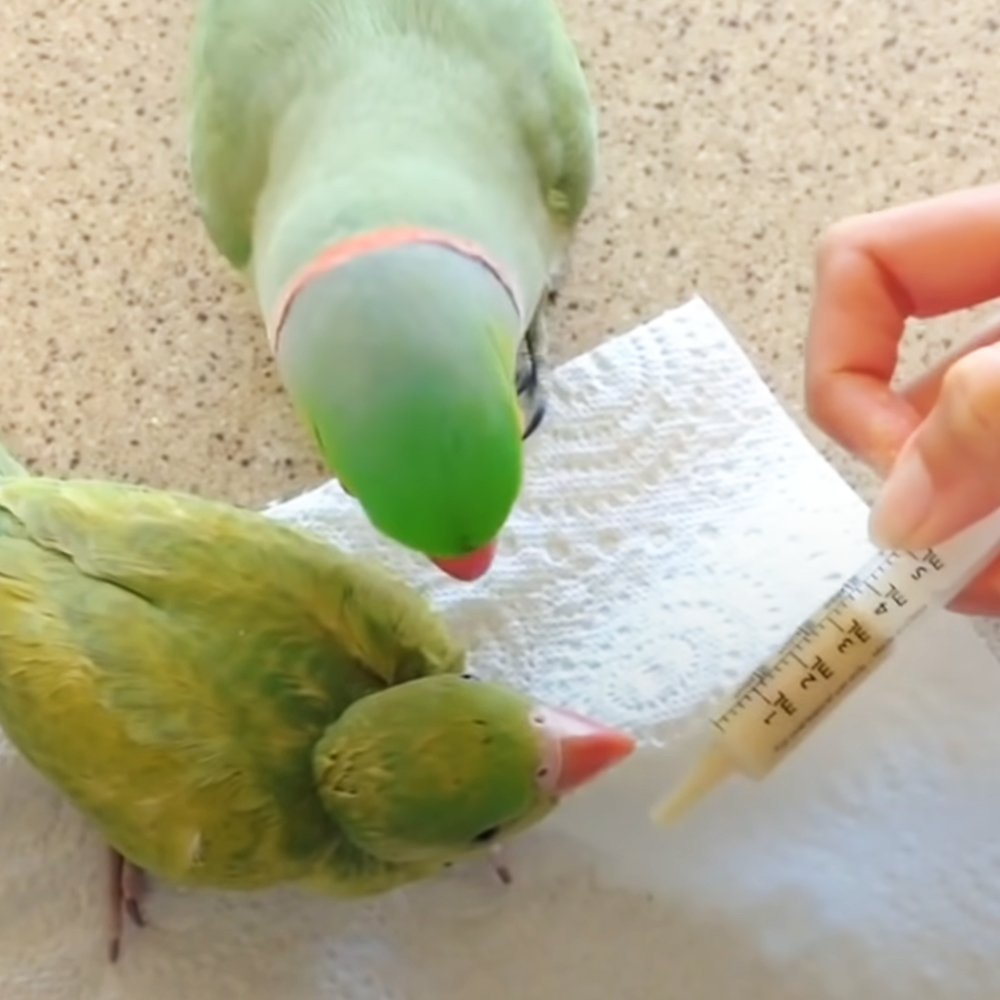 A parrot named Vonny is a gentle and loving soul. Taking him all over the home, Vonny’s owners love his calm demeanor and gentle ways.

Vonny kept his bubbly personality all up until about age six, where he started to seem down when his owners would leave. So, they had to develop a solution to keep him happy. 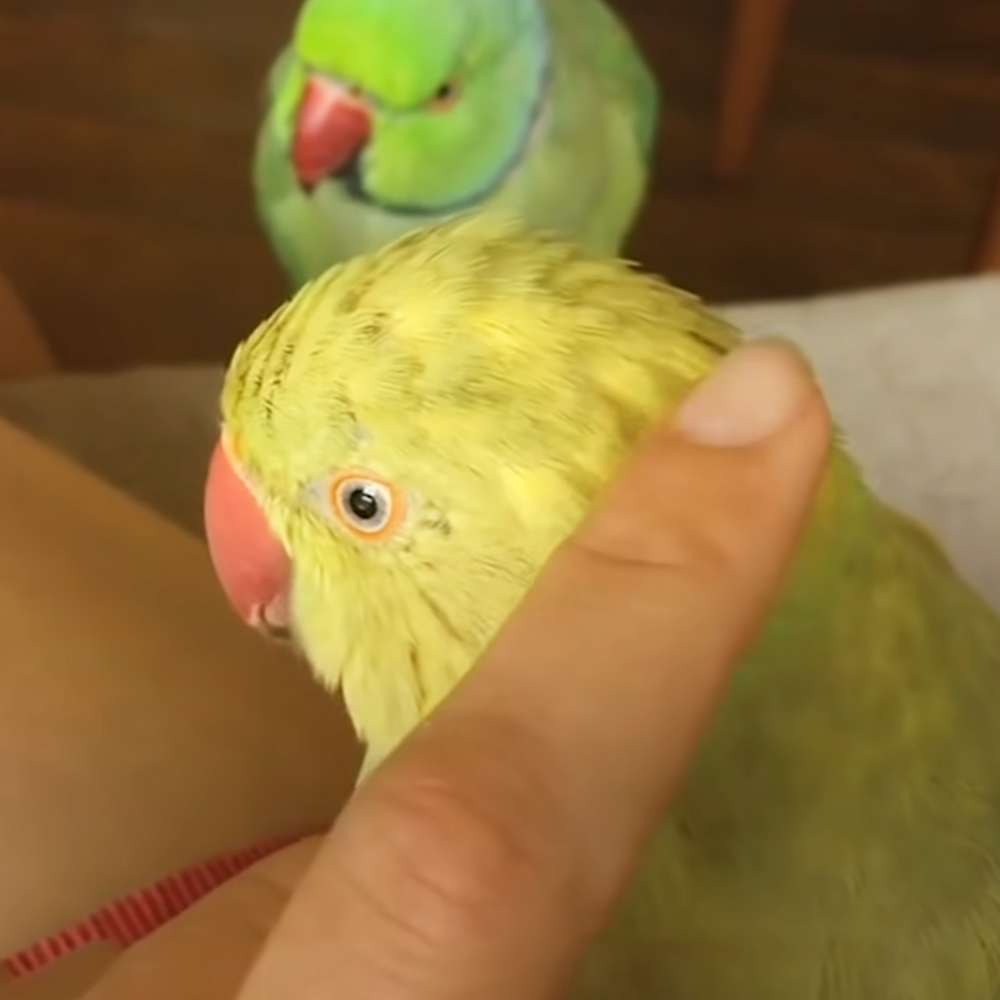 Introducing a baby female parrot, Shiele, Vonny was immediately obsessed. Schiele was slow to accept Vonny as her new brother and demonstrated hesitancy in playing and interacting.

This hesitancy didn’t last forever, as Vonny was finally able to break Shiele out of her shell. They wouldn’t even want to be in separate rooms as they began doing everything together. 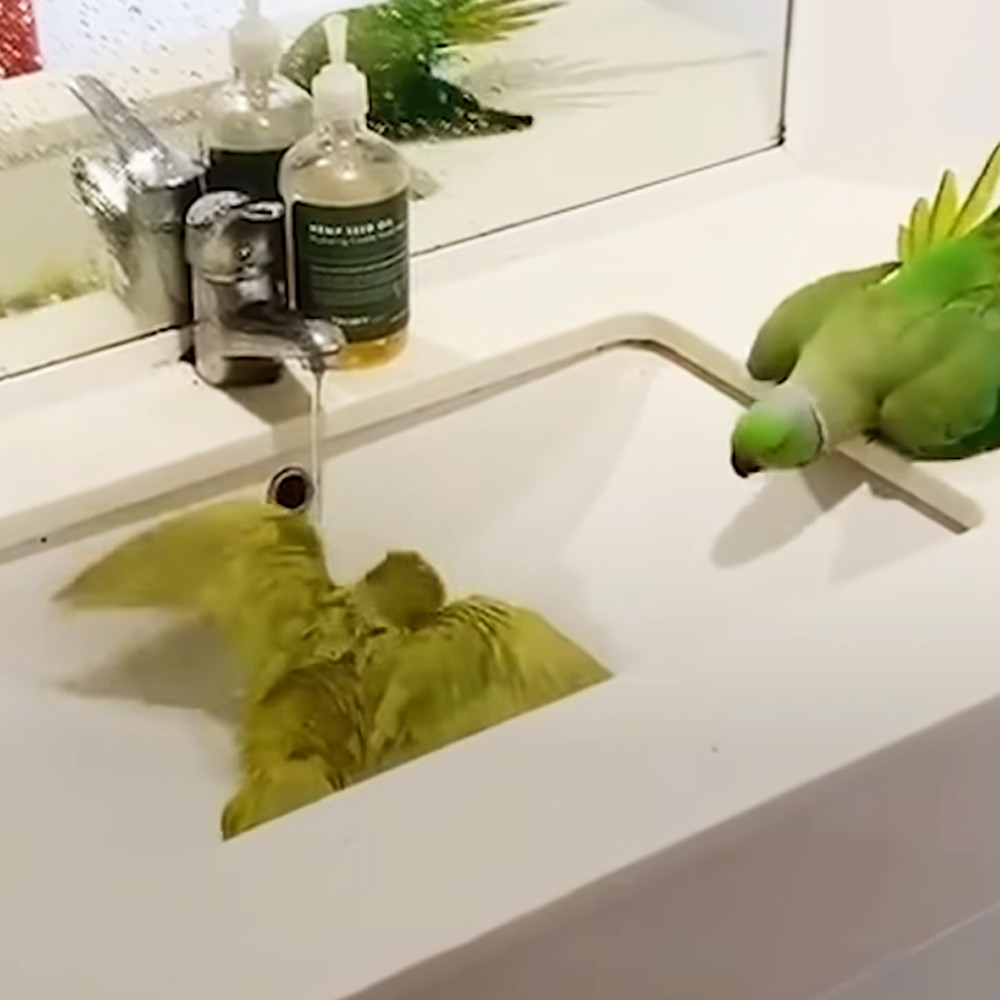 Seeing the friendship develop between these two parrots is genuinely heartwarming. Even with their strange behavior, parrots are much like humans. They just want to have a companion to keep them company.

Being described as “a 3 to a 5-year old that never grows up,” it’s so adorable to see these parrots playing and having fun. This is almost like having two puppy dogs with wings! 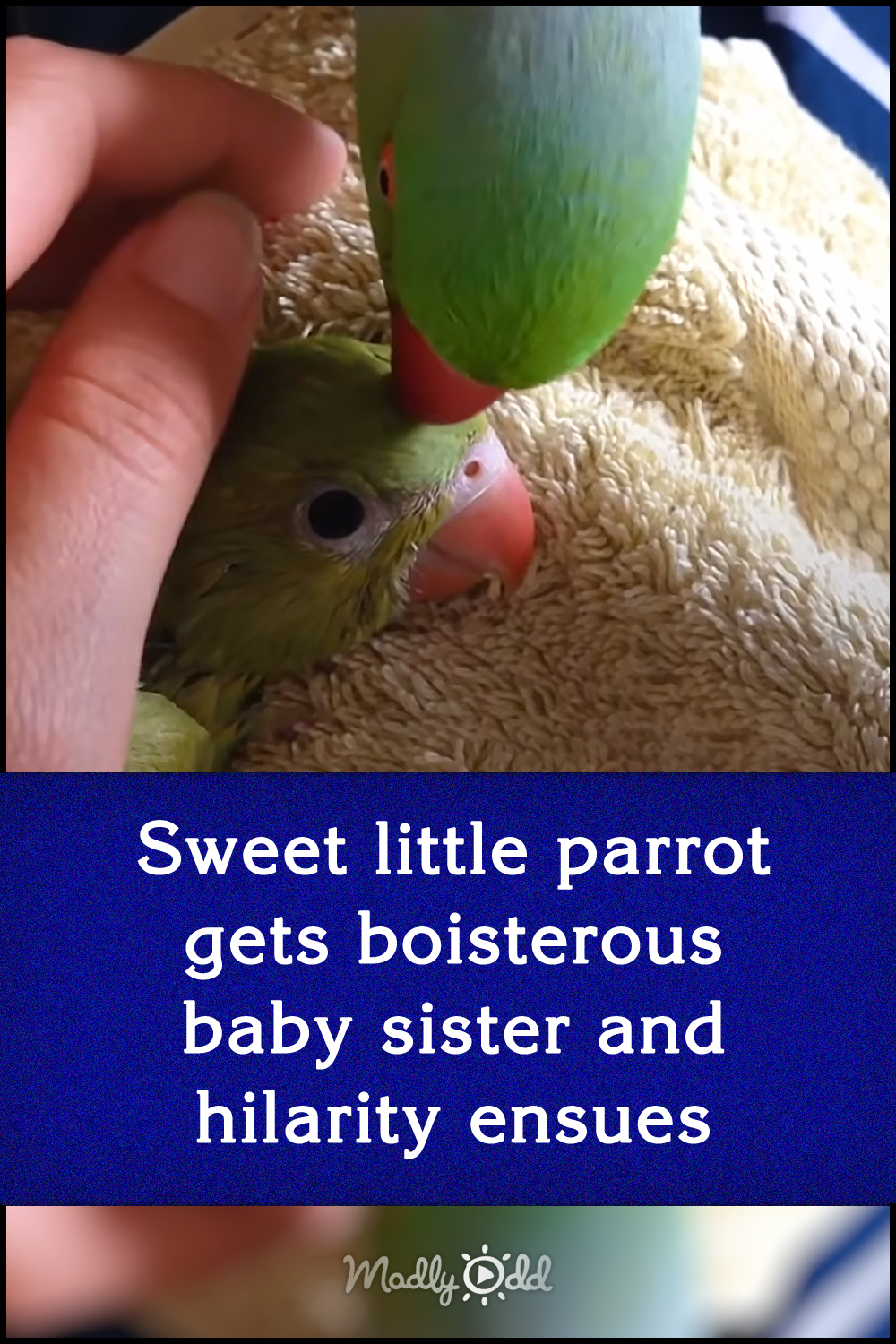