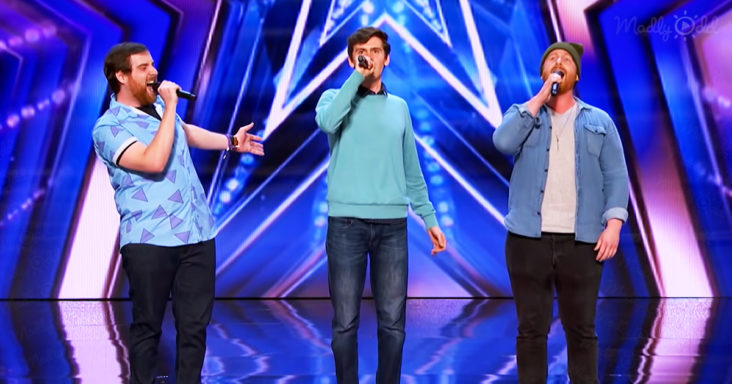 T.3 is a singing group from New York City composed by Jim, Brendan, and Liam. The musical trio connected through direct messaging on the internet and sing various tunes weekly online.

The three friends made their live debut on the stage of America’s Got Talent. Liam tells judge Sofia Vergara that before appearing on AGT, they performed under a set of stairs at Brendan’s parent’s house.

With their limited performing experience and the judge’s skepticism, the group of friends prepares to sing Panic! At the Disco’s version of “Into the Unknown” from the Disney movie Frozen 2. 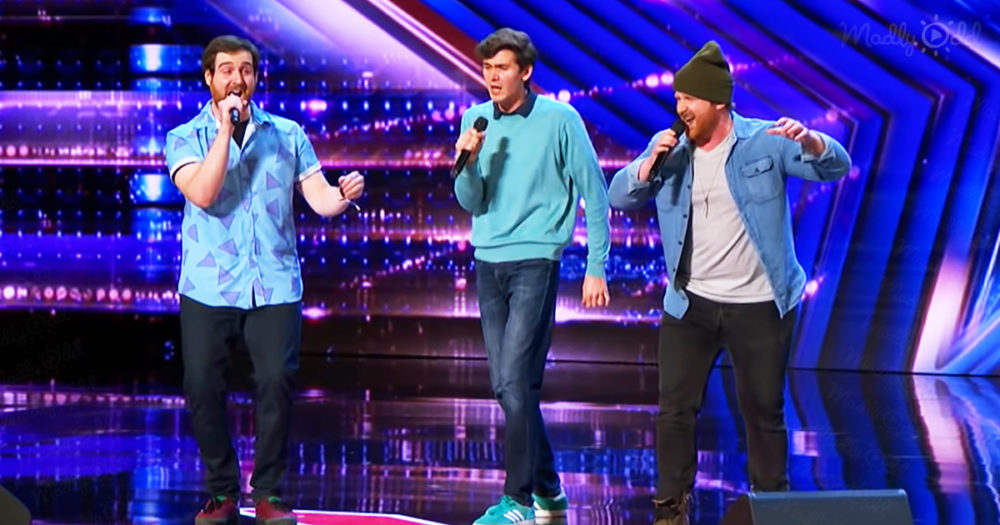 The original cover, sang by Brendon Urie, the lead singer of Panic! At the Disco, is characterized by his emotional and high-noted tenor vocal range. A challenging feat to beat, but one reached by T.3.

This trio of tenors wow the judges from the first line as they reach the correct vocal range for the rendition. In the video, you can hear the crowd going wild with every lyric that the group sings.

In the end, the once skeptical judging panel offers the singing trio a standing ovation. Even Simon Cowell is smiling and giving the guys two big thumbs up at their impressive performance.

The video has gained over 3 million views on YouTube since the upload and has more than 82 thousand likes. Comments praise T.3 on their ability to reach Urie’s notes and the Broadway musical atmosphere they’ve brought to the show.