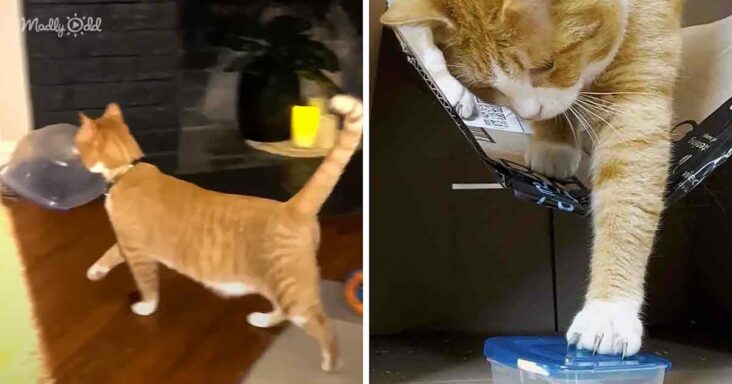 Recently, Robin went out in the neighborhood only to find a beautiful kitten sitting alone under a bush. So she scooped him up and brought him home. The little one’s eyes were almost glued shut. 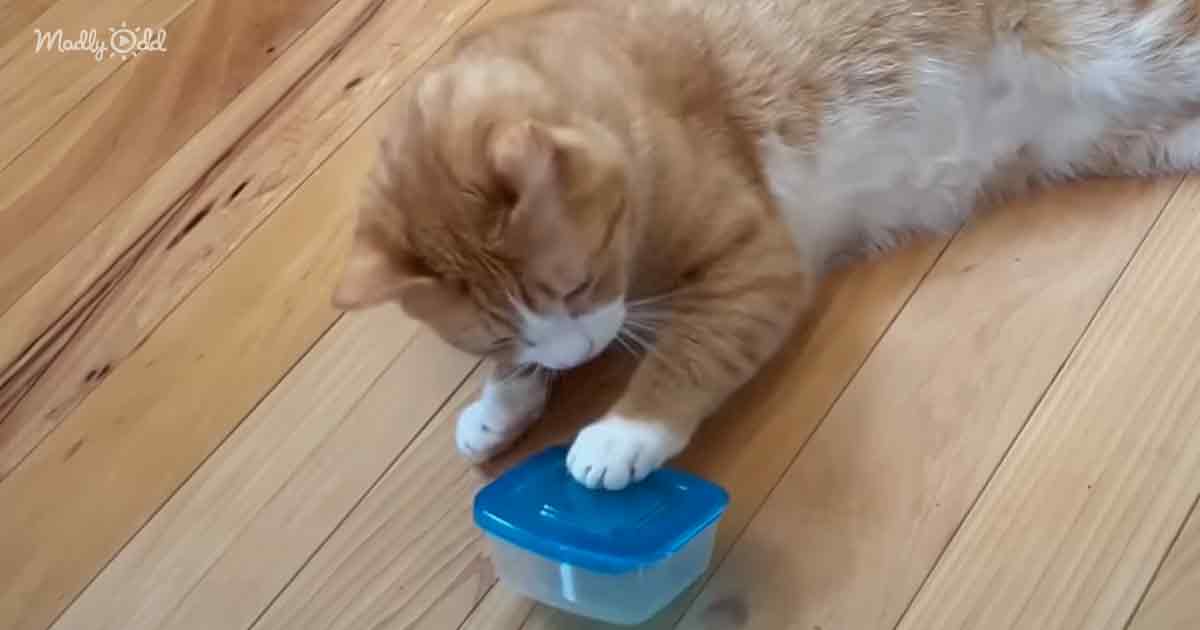 So, the kind woman bottle-fed him all around the clock. She named him Oliver. Weeks after she brought him home, the cute kitten fell very sick. Thus, Robin decided to put him in her shirt and give him skin-to-skin contact. It was as if he was her newborn baby.

After a couple of hours, Oliver’s fever broke. Robin knew that Oliver was supposed to be her cat. It took him 3 days to start being a maniac. He would fling himself off the couch and play with the dogs. The dogs were obsessed with the kitten since he was so tiny and crazy. 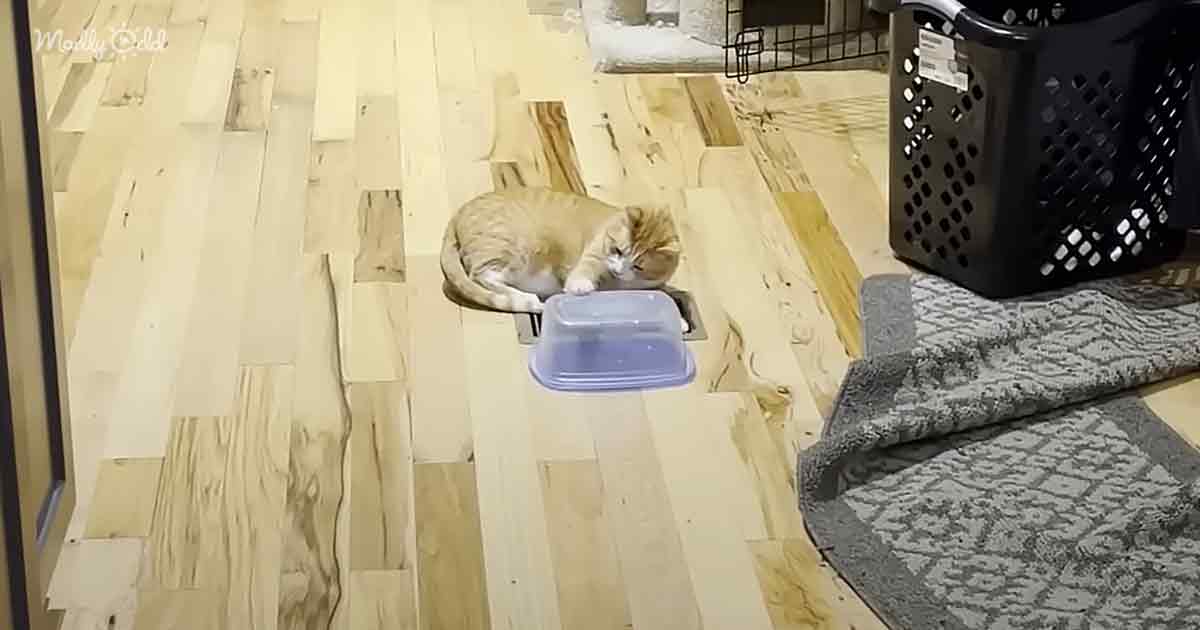 As Oliver grew up, he realized he was a cat and tried to become more comfortable with Robin’s other pet cats. But, the kitties would hiss at him. So, even though the cute kitty was friends with the dogs, he never found one buddy or best friend.

However, when Oliver found the Tupperware container, he finally found his companion. He would steal the container every night, but Robin needed that container for herself. So, the kind woman decided to give him a surprise. 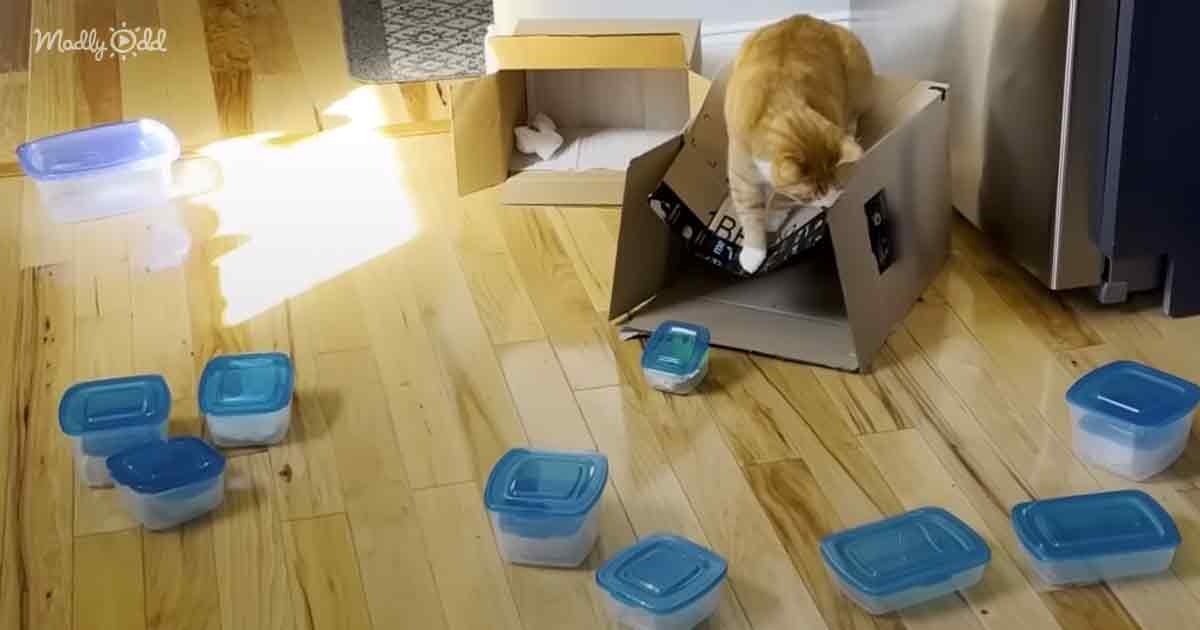 Robin got a particular surprise delivery mail for her kitty. She got around 20 new containers. Oliver sniffed every single one individually and then went and sat inside the delivery box. Robin then opened all the containers, which was when it hit Oliver that he could play with them.

He started to put his paws in it. That was when one of Robin’s cats came to play with Oliver. He didn’t like the other cat’s presence and swatted her in the face and played with the containers for almost 2 hours. Out of all the containers, the tiny ones were his favorites.