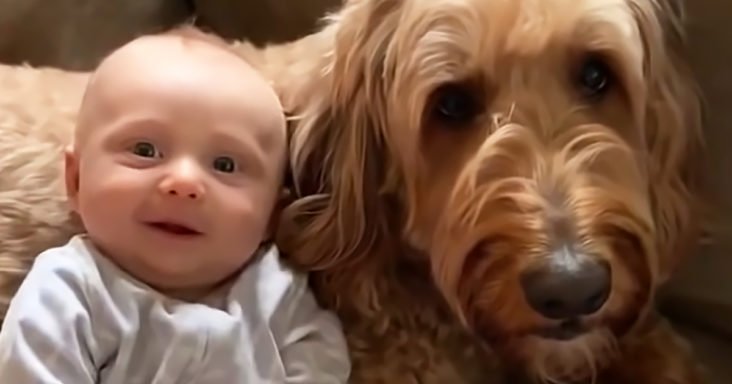 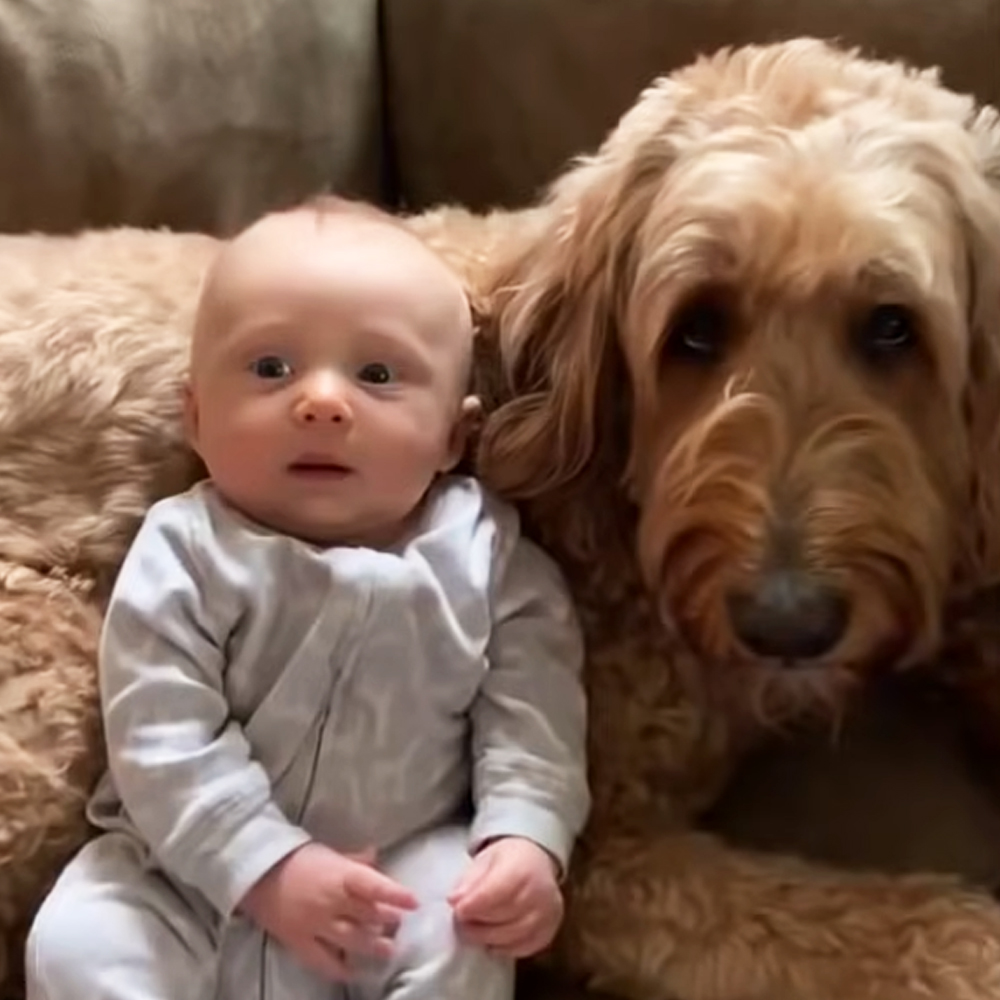 Recently, a Labradoodle dog was heard talking like a human. The family he stayed with had a newborn baby named Noah. Their pet dog, Ralph, got attached to the baby from day-1. It was as if the pet naturally gravitated towards the baby.

The baby rested on the dog’s body while the pet stayed in the same position without disturbing the little one. The two were on a sofa with the dog’s body acting as a cushion for the baby. 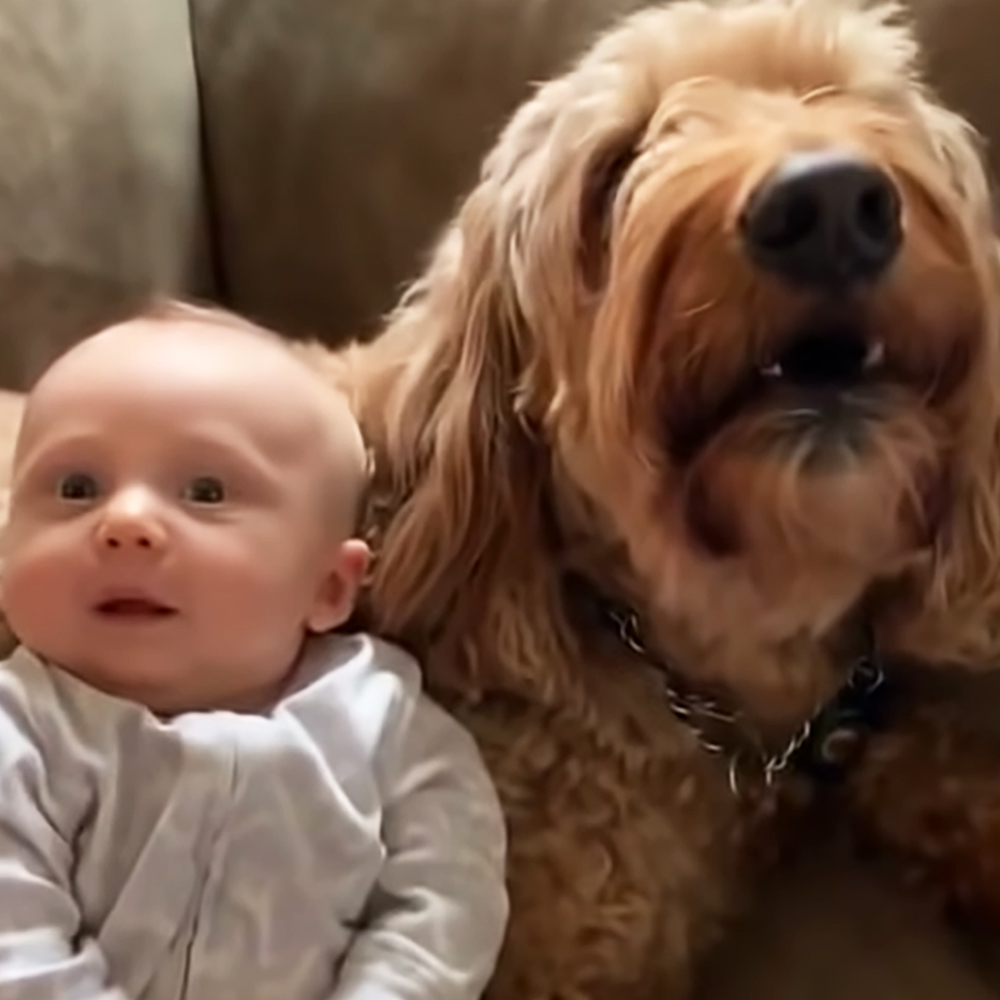 The pet owner kept on saying that she loved the dog and the baby. She said, “I love you, Ralph, I love you, Noah” again and again. Surprisingly, the dog had a reply to the question.

The clever dog replied by verbalizing “I love you” in answer to his owner. From his replies, it was pretty clear that he loved his family and his new baby brother a lot. The way the dog replied would melt anybody’s heart. 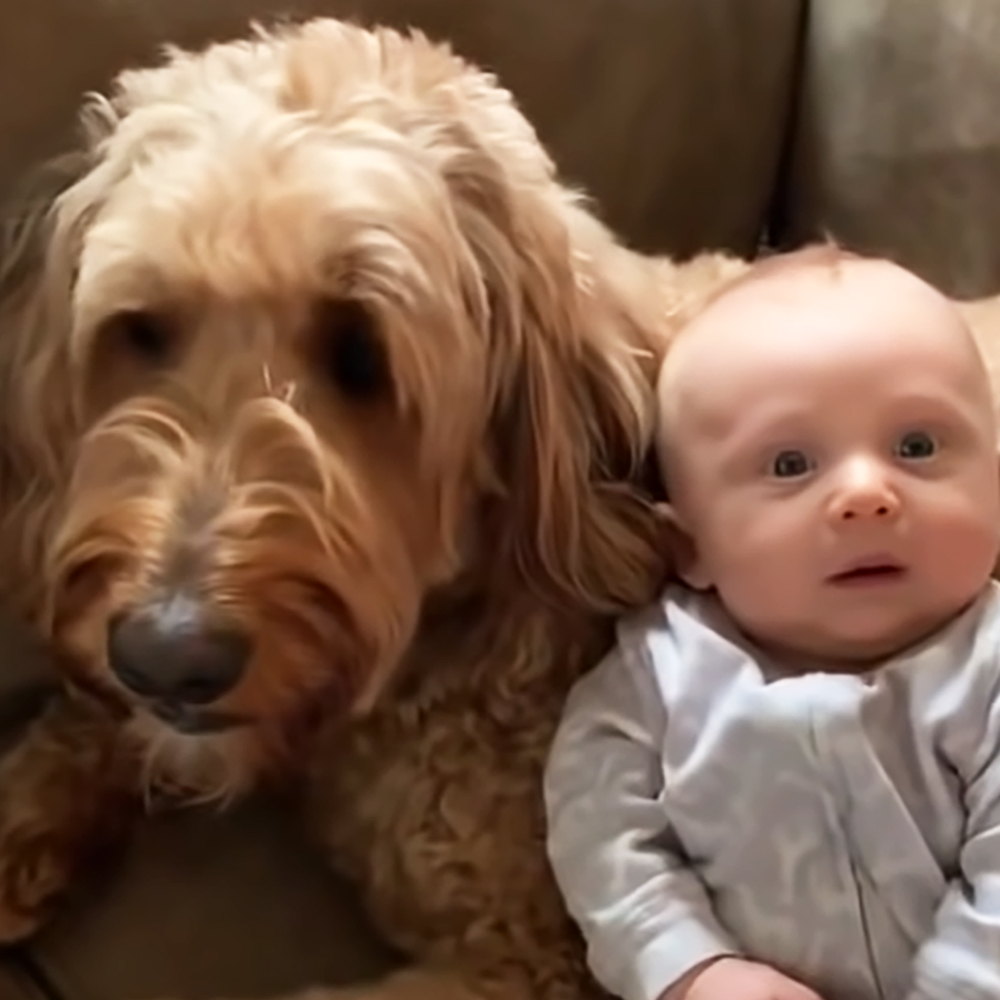 The baby felt safe and comfortable resting on Ralph’s body. However, the owner was surprised how the dog stayed in the same position on the sofa. He was afraid that he might hurt the baby if he moved.