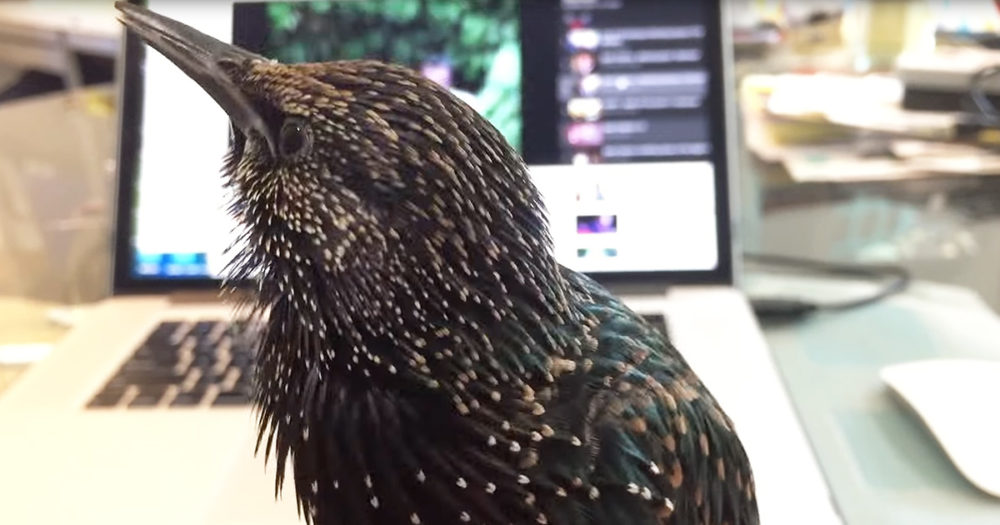 There are a variety of beautiful birds in the wild that can mimic human speech. While most bird owners fancy a parrot for a talking bird, one pet owner can’t get enough of their talking Starling named Stella.

Stella has gorgeous dark feathers with small spatters of white. Not only does she look stunning, but her singing voice is equally as enthralling. Her owner is filming when she begins whistling a relaxing tune.

Before long, the curious bird asks her favorite human, “What are you doing?” and giving them a lot of kisses. Stella is a chatty bird, and when she isn’t talking or making kissing sounds, she’s imitating other noises humans make.

At just over a year old, Stella has an impressive vocabulary. Her favorite song is Geert Chatrou, and she even whistles along when it’s played in the background. It makes us wonder what this beautiful birdy is going to say next.