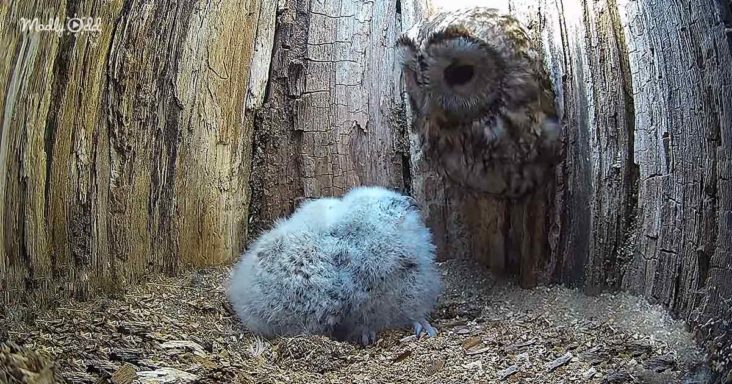 Robert Fuller, a kind wildlife enthusiast, who lives in Thixendale, North Yorkshire, UK, recently shared a heart-warming tale about a rescued Tawny owl, Luna. The bird had readily accepted two orphaned chicks (owlets) when her own eggs failed to hatch. 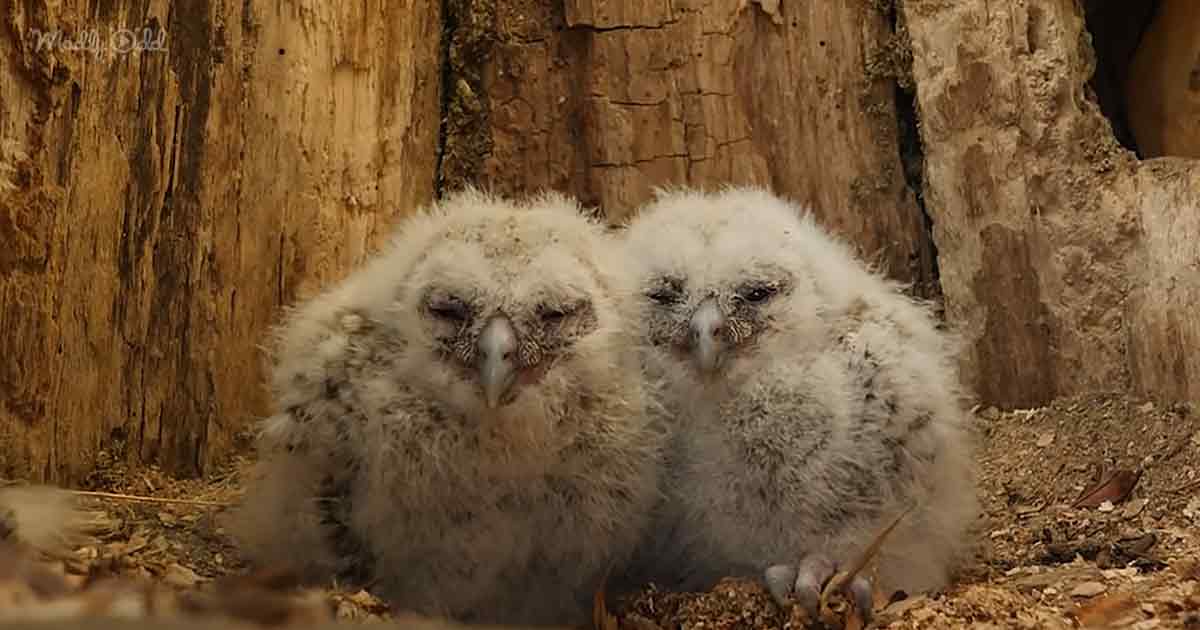 Robert had regularly placed lost or orphaned chicks into the Tawny owl’s nest, and the bird had accepted the babies as their own. Luna herself was a rescue owl and was placed under the care of a Tawny owl mama by the wildlife enthusiast.

The Tawny owls have a strong urge to nurture their babies and are very protective of them. So as soon as her foster babies hatched, the new mama owl rushed to check on the little ones. 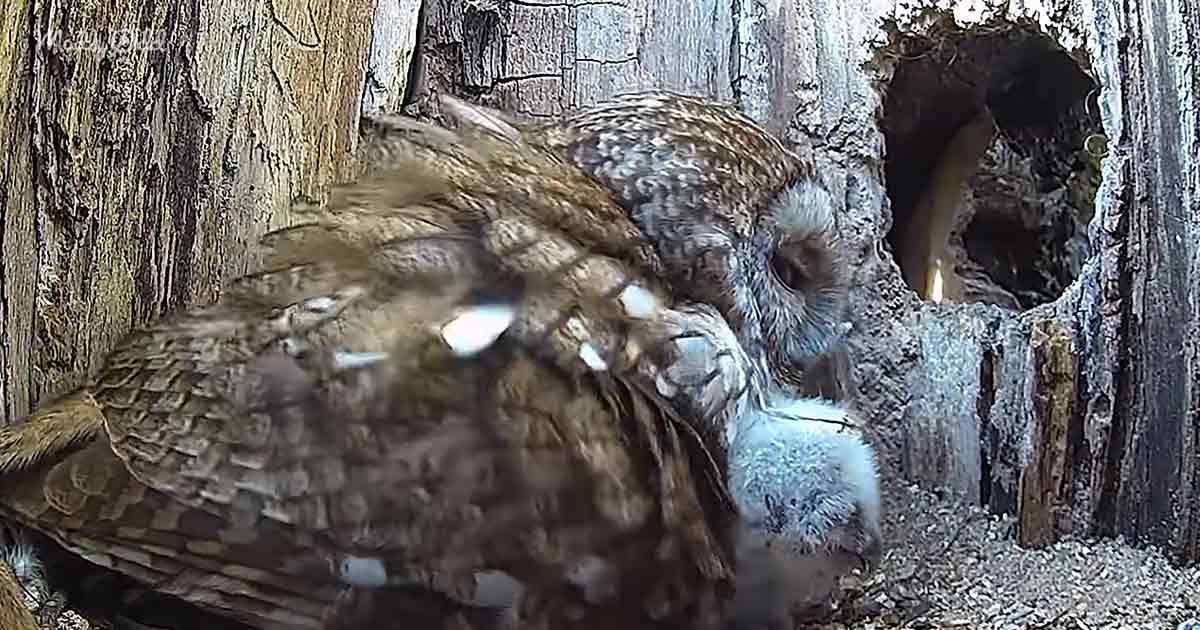 The two chicks looked adorable. Both the babies sat close to each other and looked like a ball of fluff. The babies were safely placed inside the bark of a huge tree. Luna entered inside the nest.

She snuggled with the little ones while hugging the newborn chicks. Luna had waited for a long time to become a mom. However, the poor bird’s egg failed to hatch, and the poor thing also lost her clutch. 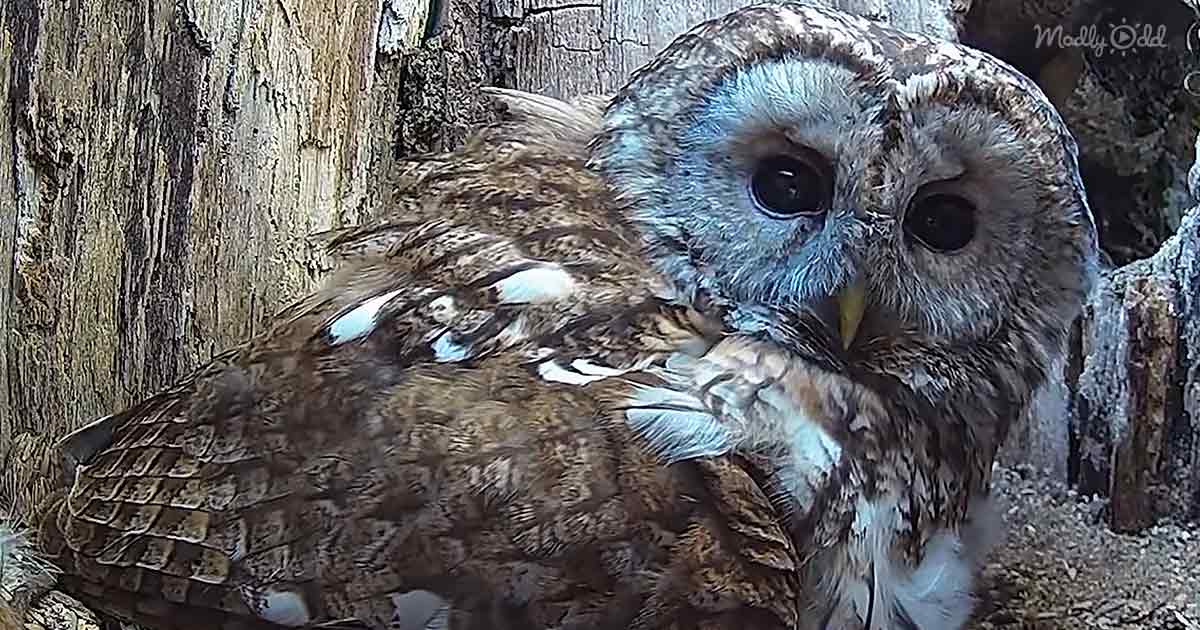 Luna accepted her foster chicks as if she was returning the favor. She was also a rescued owl raised by her foster parents in Fotherdale. The newborn chicks instantly bonded with their mama owl.

The mama owl must have been very happy to find two foster eggs hatched after her own eggs failed. She must have thought that it was a miracle that she had got the opportunity to nurture these little foster chicks.