Lions have been looked up to and revered by humans that know them, and they’ve become a symbol of might and royalty, even getting to the point of being known as the king of the African Savannah, one of the most populated and richest in wildlife of all the ecosystems.

People have feared lions for ages, but it turns out that when they’re babies, they’re not exempt from being cute and adorable, just like any other kitten you could ever picture.

They hardly can terrify anyone when they’re the size of a regular house cat, and they have those huge and fluffy heads and those kitty eyes and mouths. They’re so cute, I almost wish I could have one of my own. I’ll just have to stick with my cats.

The lion in the video below is so young, he’s still learning how to roar, and unfortunately for him, it seems he still hasn’t quite got the hang of it just yet.

Watch this little lion’s adorable attempt at roaring, in the video featured just below: 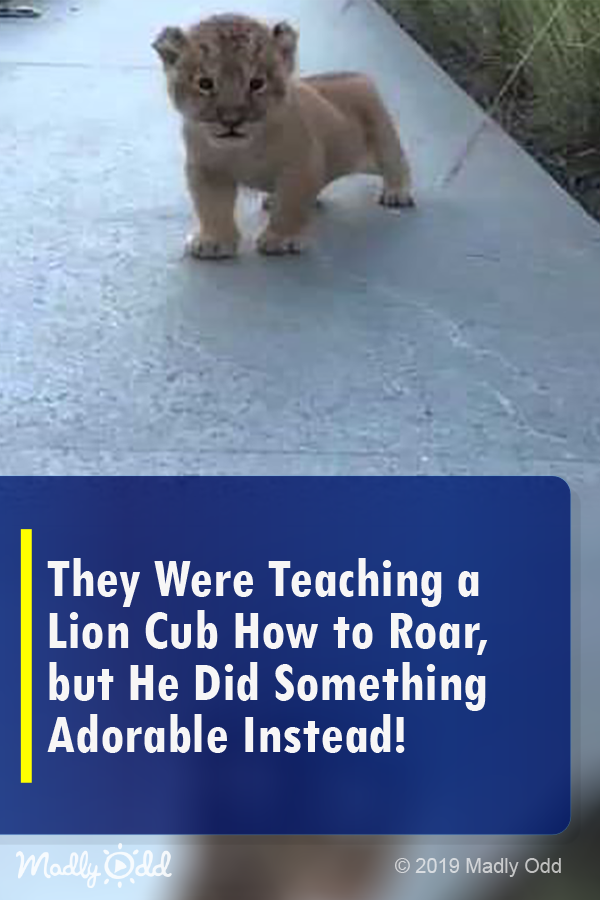