Few stars could equal the charisma and good looks of Ricky Nelson. He was so beloved at a young age that the expression ‘Teen Idol’ was invented to describe him. Can you name any hit songs by Ricky Nelson? 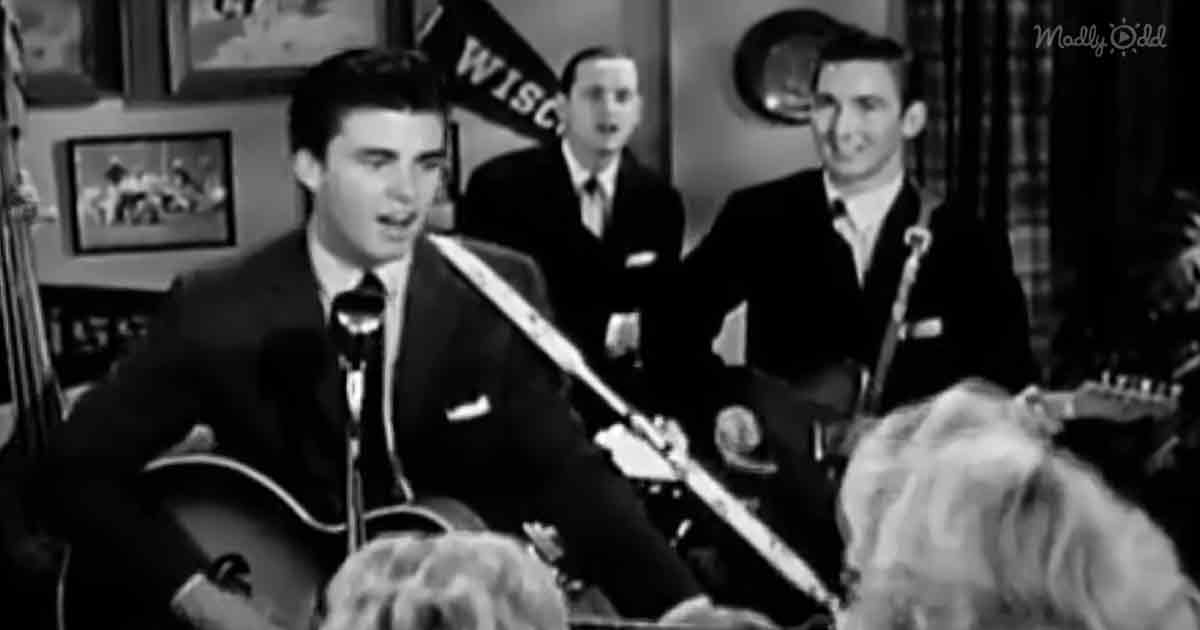 Ricky performs his hit song ‘Cindy’ in front of an adoring studio audience. The four-piece band is wearing tuxedos, and Ricky plays his acoustic guitar along with them.

The audience sings along with Ricky in the song’s chorus. The band is having fun performing, and the audience sways and dances along with them. Ricky enjoys the crowd’s singing. 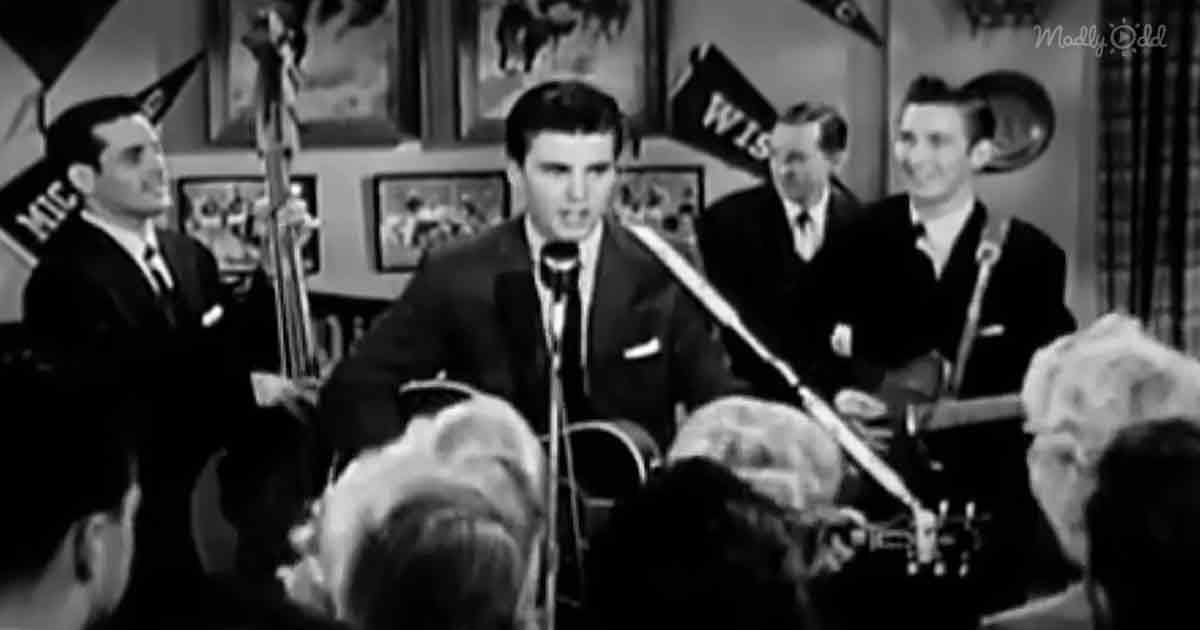 Ricky sings the lyrics, ‘I wish I was a apple hanging in a tree. And every time my sweetheart passed, she’d take a bite off me. She told me that she loved me. She called me sugar plum. She threw her arms around me. I thought my time had come. Get along home, Cindy.’

It is a wonderful performance by Ricky, who got his start in show business at the age of eight. He starred alongside his family in the radio and TV series ‘The Adventures of Ozzie and Harriet.’ He began recording music in 1957. 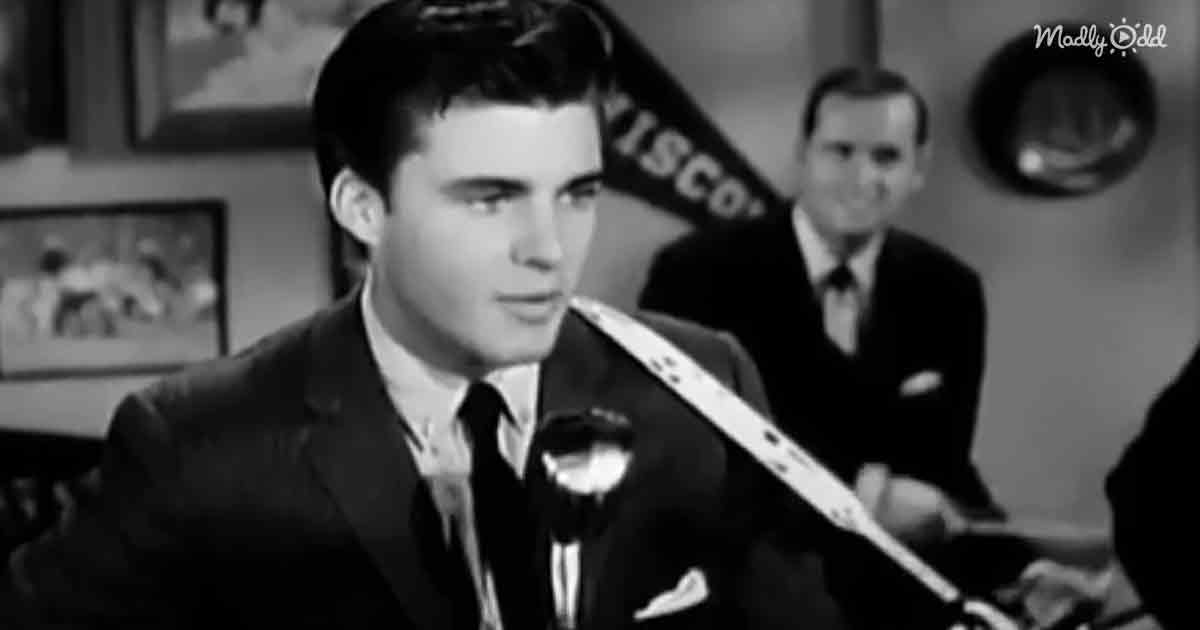 Ricky was an incredible singing and acting talent who took the country by storm in 1958. His status as a handsome, talented ‘Teen Idol’ made him a legend in American music history.