I’ve always been in awe of the talented musicians of these modern times. People who think outside the box when they are composing or arranging pieces. Those who have been taught the rules and rudiments of music but have then decided to ignore what they have been told was the norm and have just done it their way. Music is a great source of pleasure for millions of people all over this amazing planet, and those who are lucky enough to have the gift to perform and compose are responsible for putting smiles on al lot of faces.

Some of the music produced today relies on what is known as sampling. The recording of an existing piece and utilizing it into a new original song and performance. Some prime examples of this technique are songs like “MC Hammers” “Can’t Touch This” which prominently features the riff from “Rick James” “Super Freak”. And it’s not just other people’s songs that are sampled. The band “Megadeth” released the song “Foreclosure of a Dream” which featured a sample of the infamous “Read My Lips” speech from “George H. W. Bush”, about taxation endangering the “American Dream”.

But who would have thought of combing two classic like “Can’t Help Falling in Love” and “Over the Rainbow” into one amazing song? Brother and Sister Kenny and Capri Holland, from Phoenix, Arizona, are not your average siblings. There seems to be no sibling rivalry between the talented teens as they sing their hearts out together on this extraordinary take on two-timeless-classics.

“Can’t Help Falling in Love” was a huge hit for “Elvis Presley” in 1961. It was taken from the movie “Blue Hawaii” and was used regularly to close “Elvis’s” live shows through the 60’s and 70’s. While “Over the Rainbow” was taken from the 1939 award winning movie “The Wizard of Oz” it even won the “Oscar” for “Best Original Song”. So how do you come up with the idea of melding two completely, yet similar pieces of music?

As you will see in the clip below, Young Kenny is a very gifted pianist and singer, and it would be my guess that he is responsible for arranging the incredible piece of music you are about to hear. Then there is his sister Capri, who will blow you away with her divine voice. Kenny has his own YouTube channel and loves to share the duets his performs with his younger sister.

This arrangement has been described as a showstopper, and after you watch it you will know why. The talent of this brother and sister combination cannot be denied as the harmonies will simply amaze you. There have been nearly 7-million-views on this one song alone, leaving most breathless. 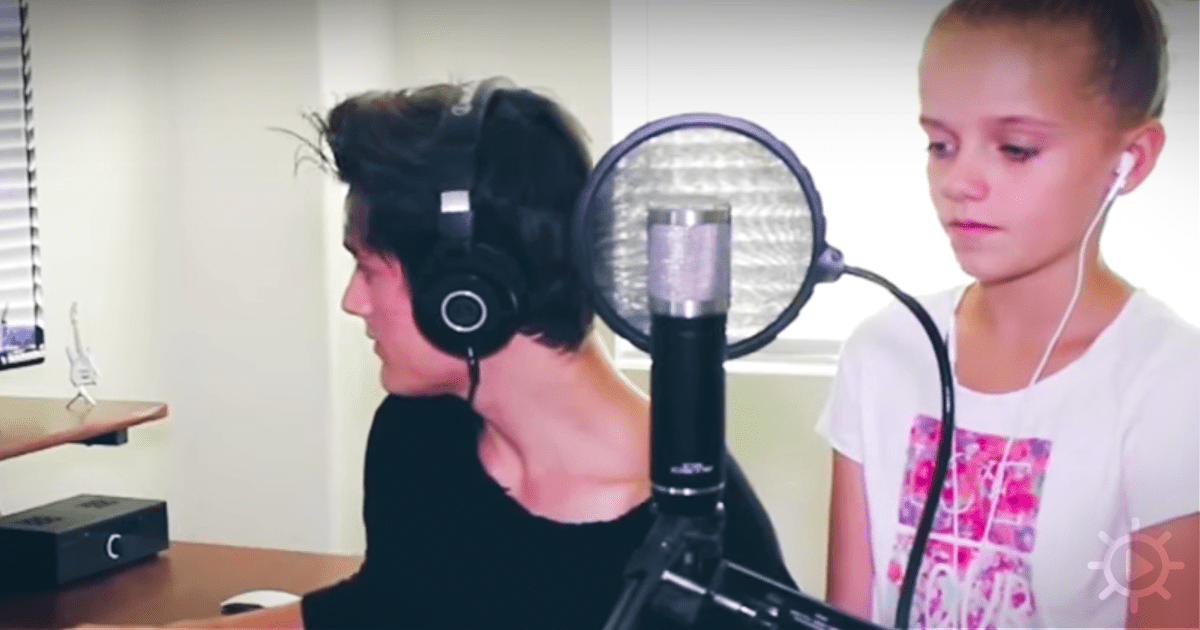