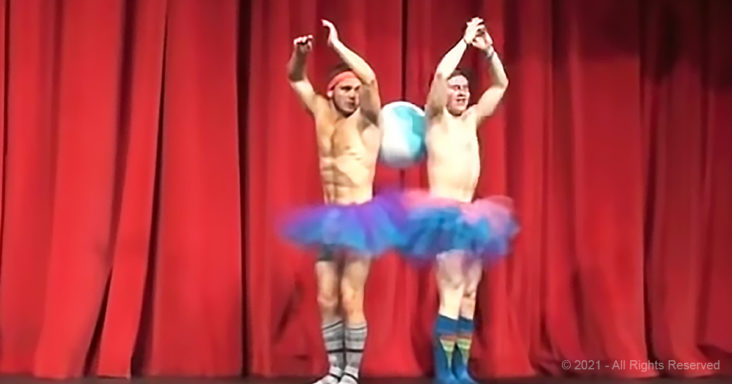 These two teens decided to impress their audience by giving a hilarious performance at the JL Crowe Variety Show.

These two teens, Jaden and Nolan, decided to awe their audience at the JL Crowe Variety Show with a hilarious beach ball dance. It is quite impressive how the boys didn’t need a lot to give a memorable comedic act.

All they needed was a beach ball, two pairs of colorful socks, and some tutus. And we can all agree it does take a whole lot of courage to perform in front of an audience wearing tutus and colorful socks. 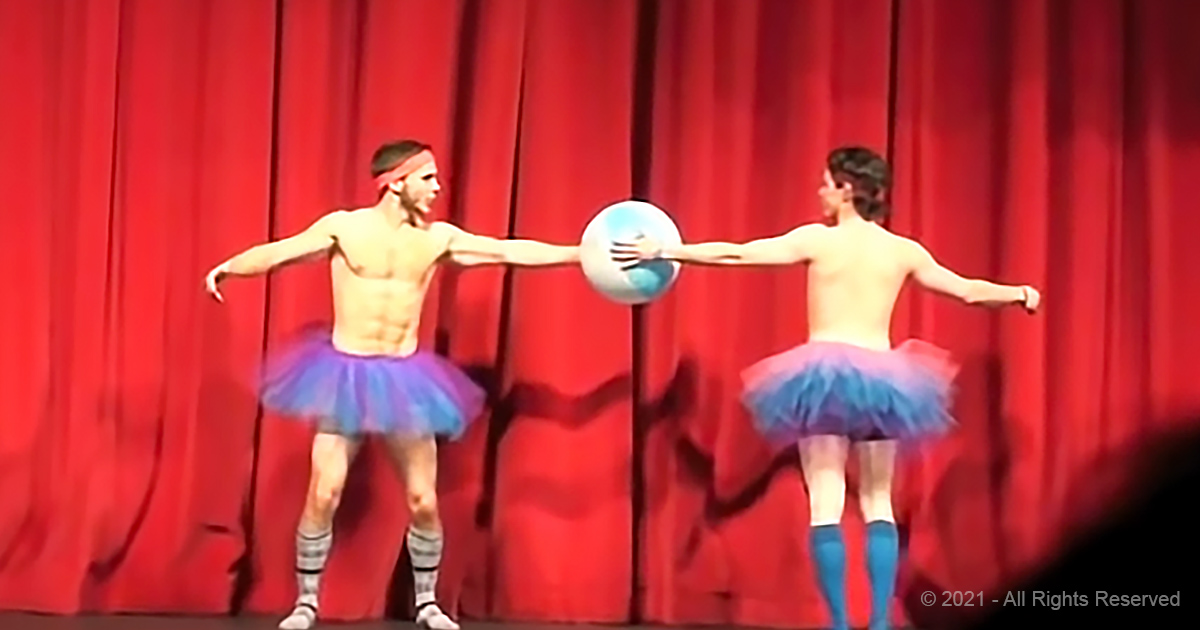 As they get on stage, the two boys can’t hold back their laughter upon looking at each other. The audience did no better as they were also caught off-guard with the hysterical outfit the two were wearing.

Jaden and Nolan commenced their act to the 80s classic by Bonnie Tyler, ‘Total Eclipse of the Heart’. Once they balanced the beach ball between their chests and stared into each other’s eyes you could tell it’s going down.

Their synchronized moves as they rolled the ball made their performance so seamless and outstanding. The audience, however, can’t stop dying with laughter as they watch the two boys go about their hilarious routine.