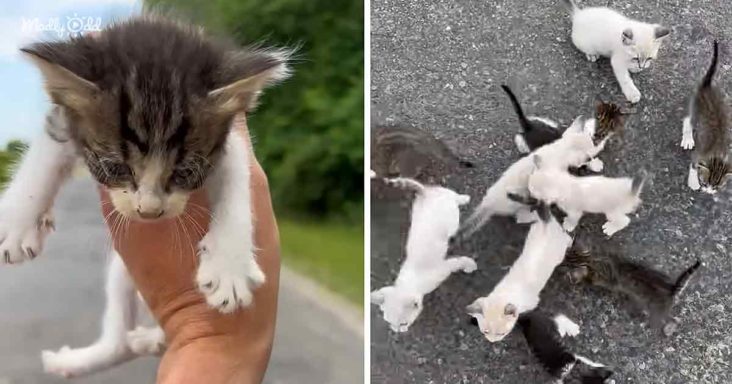 Robert Brantley was driving home when he saw a lonely kitten on the road. The compassionate man stopped his van to rescue the lonesome kitten as he could not leave the poor baby on the road. 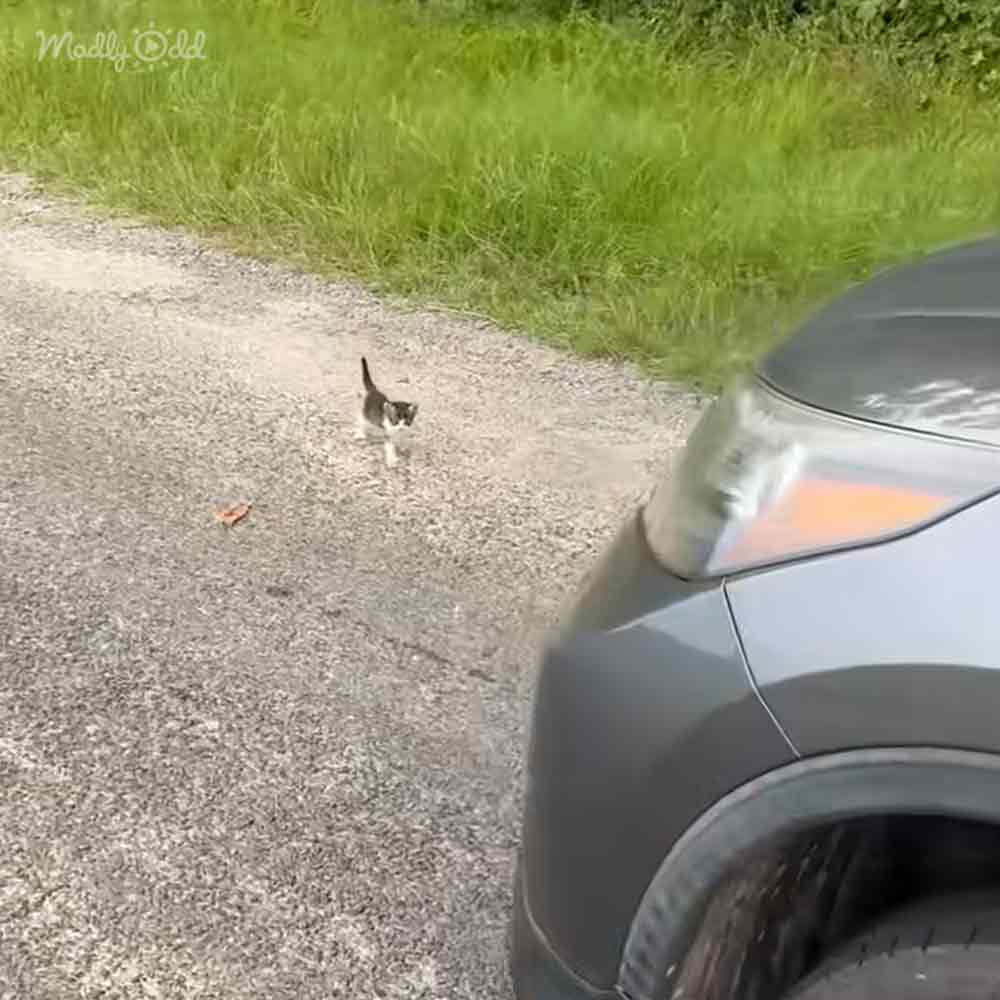 However, as soon as Robert picked up the kitten, the rest of the siblings emerged out of nowhere. They were hiding in the tall grass along the Texas road. The litter of kittens ambushed the kind man as if they wanted him to help them.

The cute kittens surrounded Robert and roamed around his leg. The little ones followed him like they would have followed their dad. The compassionate man could not leave the kitten siblings on the road. 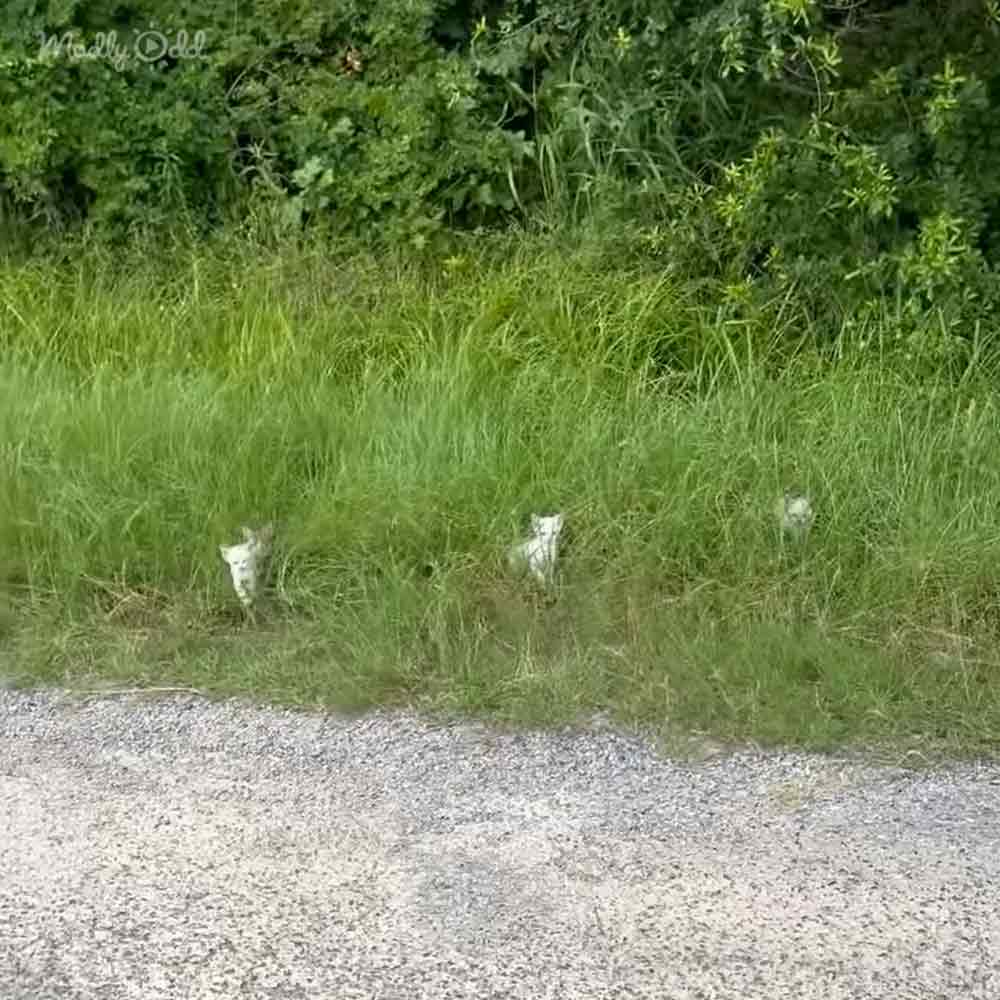 One by one, he picked them up, loaded them in his van, and brought the little ones home. Of course, the 13 kittens roamed everywhere in the car, but that did not bother the rescuer.

Robert named the little ones and took good care of the kittens. They were eating well and were happy in their new home. Then, he decided to give a bath to one of them, whom he had named Scout. 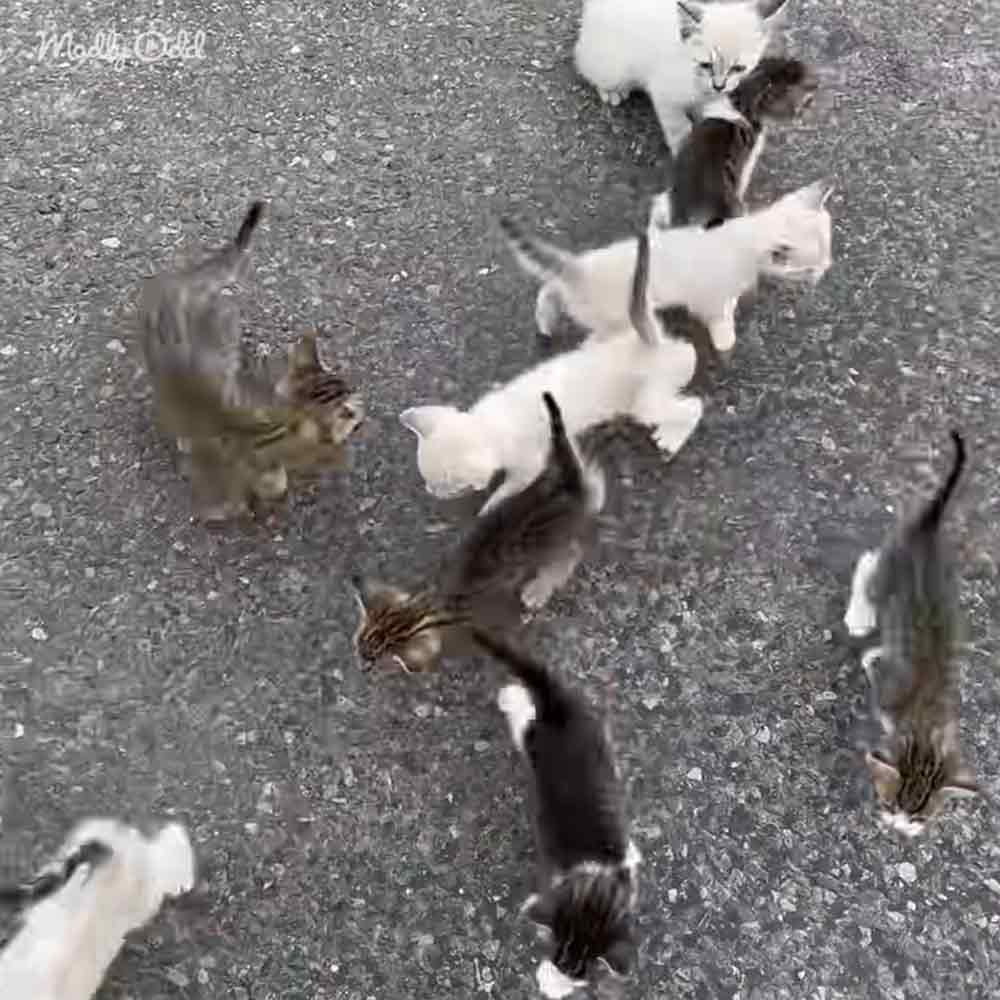 He had a bathtub with a mixture of water and a gel recommended by his social media followers, especially for the kittens. He even got the special soft comb for Scout. Kittens usually don’t like water, but he made sure he was clean.

Later, the 13 kittens played in the yard while Robert prepared a big box with bedding, food, and water. The cute kittens now had a home and a little human (Robert’s child) taking care of them.