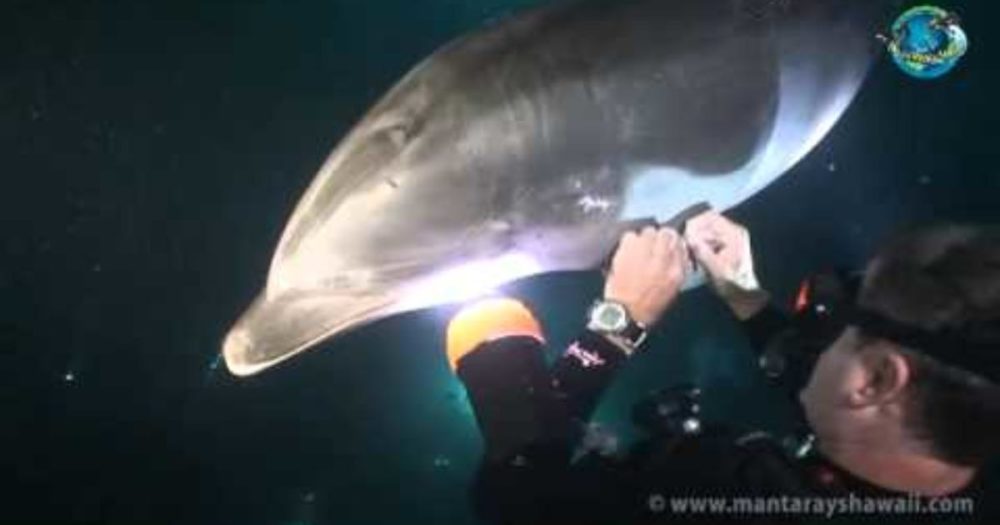 We all have come across a great number of rescue videos on our escapade in the internet. And they are always a pleasure to watch. Some lighten up your day and some make you weep like a baby. But in all these instances, the rescuers themselves seek out the victim. We rarely get to see an animal who actually asks for help on its own. So you can imagine the shock this diver felt when this beautiful dolphin called him over and showed him his injured fin.

When Keller Laros was out diving with his friends, he noticed a bottlenose dolphin who was trying to get close to them. Upon closer inspection, Keller saw that a fishing hook was stuck to the dolphin’s left pectoral fin. So he removed the hook with caution and also cut the wire that had been tangled around its body. 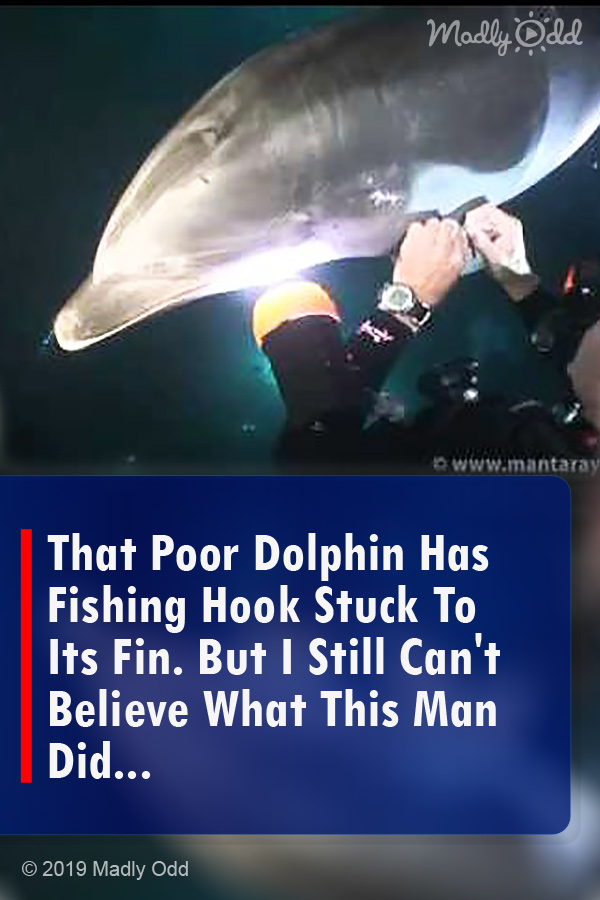