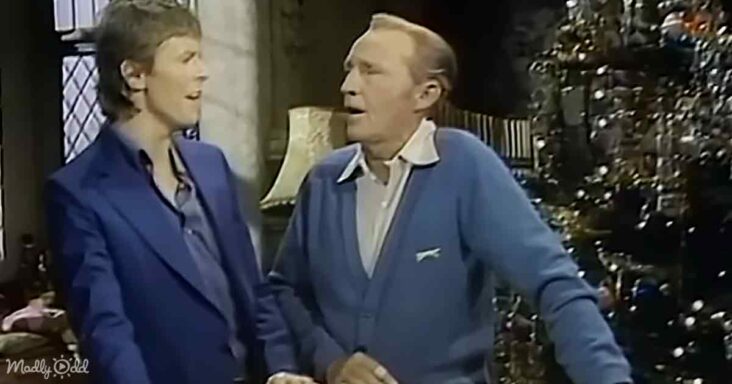 Many Christmas duets are remembered as instant classics. When two big singing stars come together, the results can be magical. This was the case when Bing Crosby and David Bowie joined in singing the classic ‘Peace on Earth/Little Drummer Boy.’ 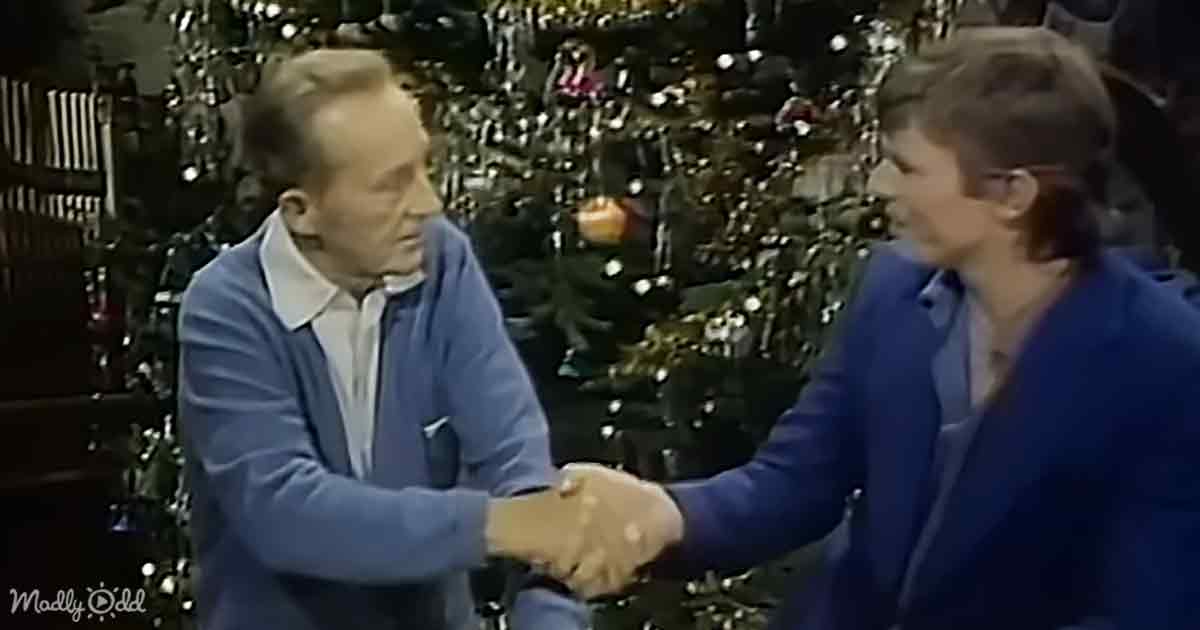 The sketch sees David Bowie using his friend’s piano while reciting a scripted dialogue where the two men lament old age. They look through some piano music sheets before choosing ‘The Little Drummer Boy.’ Their rendition also includes the original composition ‘Peace on Earth.’ 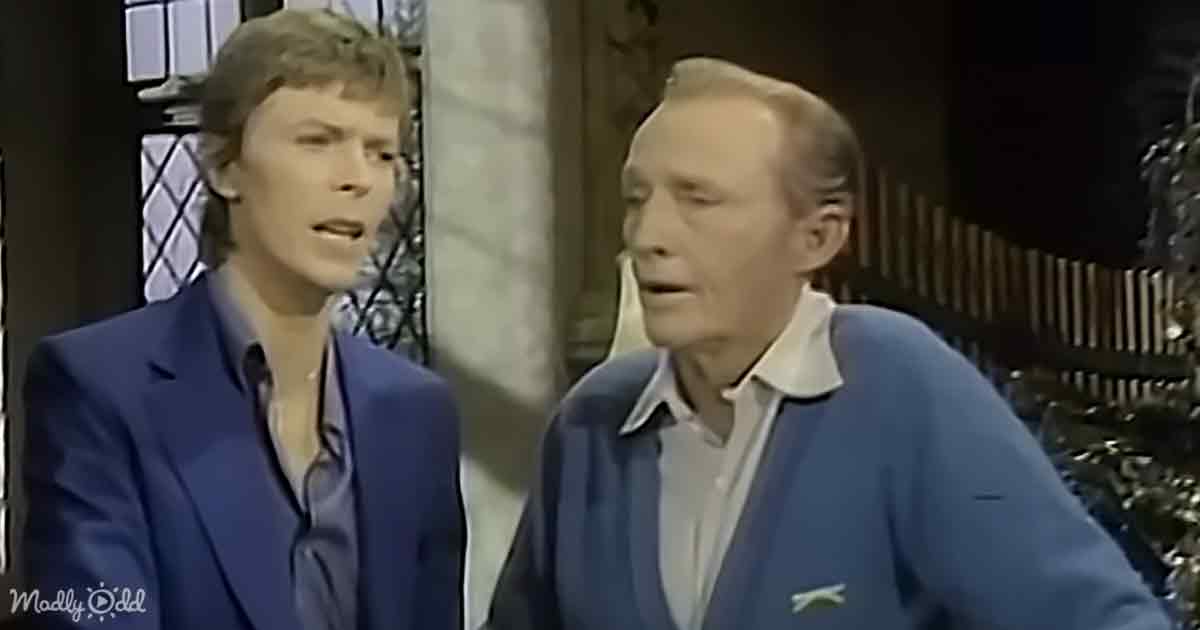 The filmed special also features special guests Twiggy, Ron Moody, Stanley Baxter, and Trinity Boys Choir. The plot revolves around Bing’s family after he receives a letter from a long-lost relative, Sir Percival Crosby, who invites him to spend Christmas in England.

Ron Moody played Charles Dickens, Twiggy sang ‘Have Yourself a Merry Little Christmas’ with Bing, and Bowie’s ‘Heroes’ video was also featured. Bowie later admitted his appearance with Bing was for his mother, saying, “I just knew my mother liked him.” 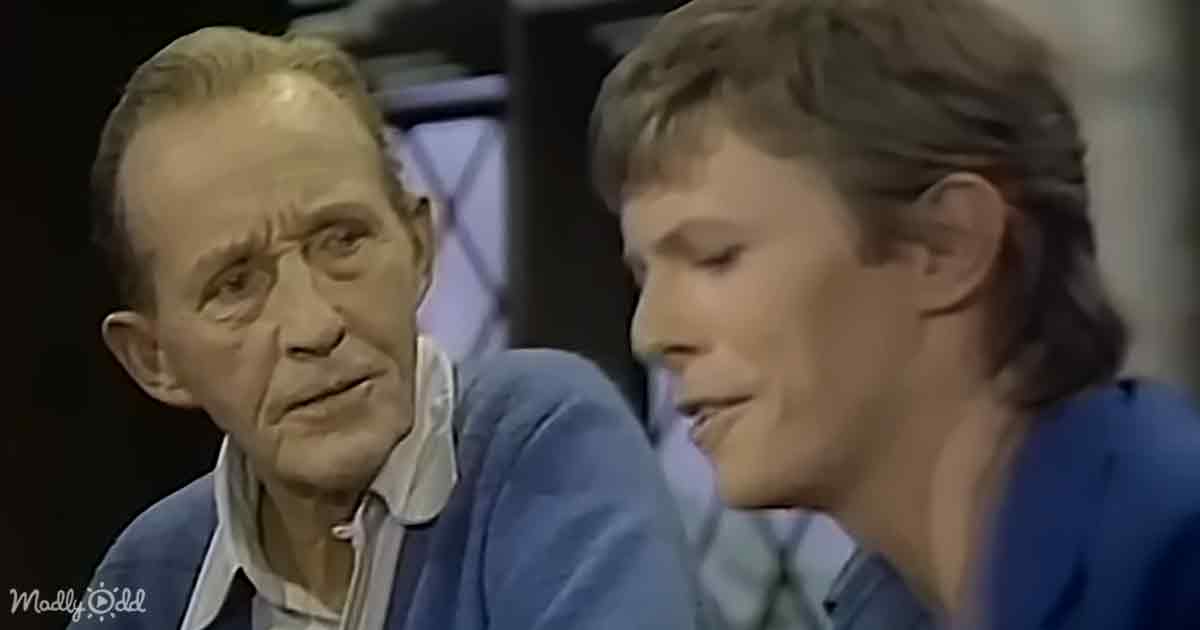 There’s some doubt as to whether Bing knew who Bowie was, but there was no doubt that Bowie hated the song, saying, “I hate this song. Is there something else I could sing?”‘

Little did Bing and Bowie know that their Christmas song would become an instant classic, climbing to number three in the U.K. in 1982. The tune became one of Bowie’s fastest-selling singles, moving 250,000 units in its first month. The wonderful sentiment of peace on earth set with the theme ‘The Little Drummer Boy’ is now another duet with holiday magic. 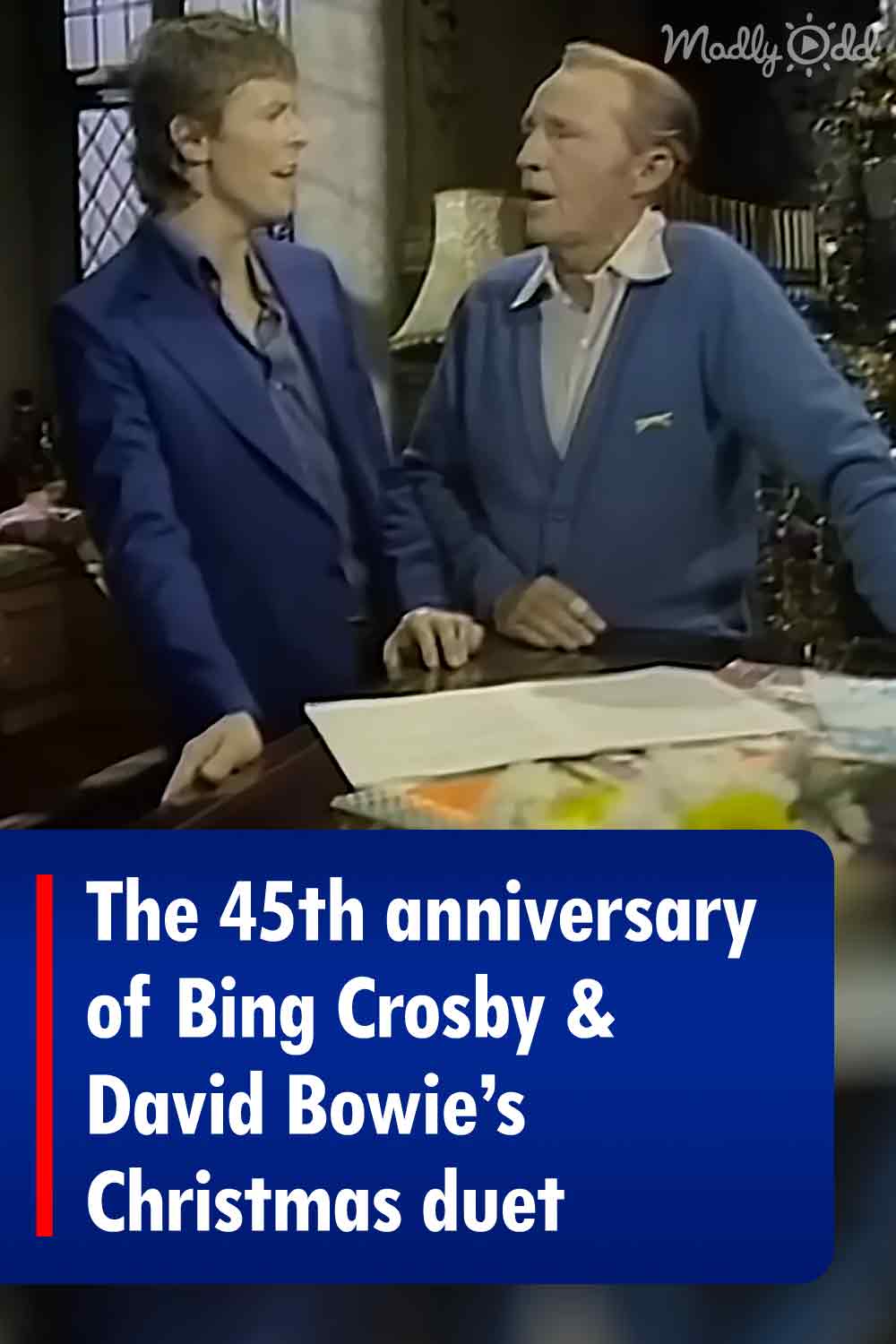