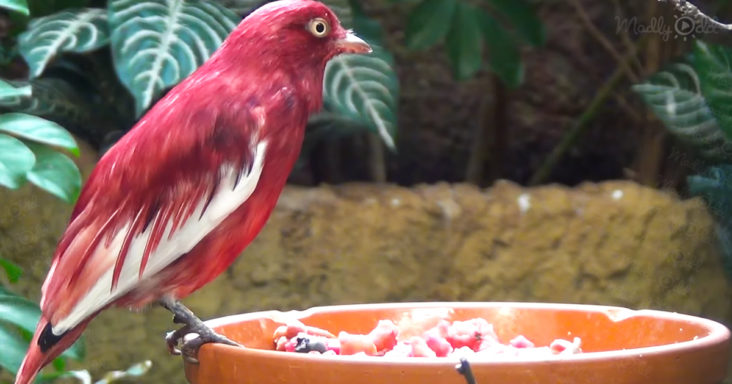 The pompadour cotinga is a bird species from the family Cotingidae. This bird is mainly found in the rainforest of the Amazon and several other locations such as Brazil, Peru, Venezuela, and Columbia.

The pompadour cotinga bird basically lives on fruits, but many have spotted them eating insects occasionally. This beautiful bird can be distinguished by the color of its head and body.

The male cotinga has a burgundy head and body. The wings are white in color, and they have yellow eyes. The females are known to have a body which is grey in color. 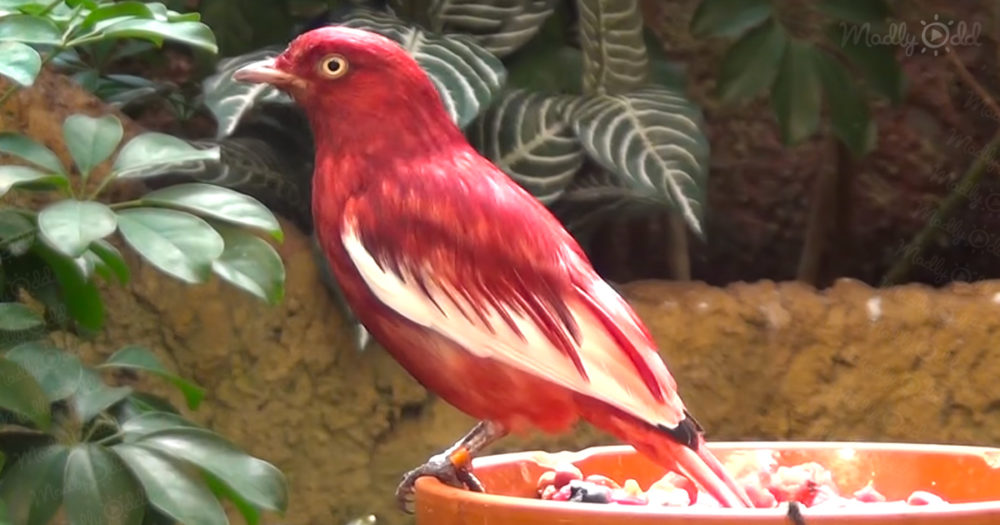 Very little is known about the history, natural behavior, and coloration of this beautiful burgundy-colored bird. These birds live in the canopy layer of the rain forests and the live-in area surrounded by thick vegetation.

These birds are known to make continuous ‘purp’ sounds to communicate with each other. In addition, the males are known to display ritualized chasing to impress the females, and they form a pair soon.

The female cotinga lays only one egg in the nest and pays a lot of attention to it. Once the egg hatches and the young chicken is born, they spend their time with the young one.

If you think you have seen birds of various colors, don’t be surprised when you find the cotinga bird with a shimmering combination of burgundy and white wings. A Cotinga spotted in the bird park in WeltvogelPark, Germany, gained attention for its beautiful color.