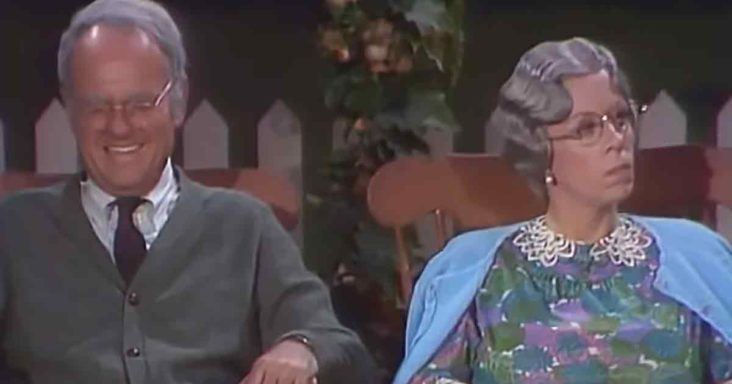 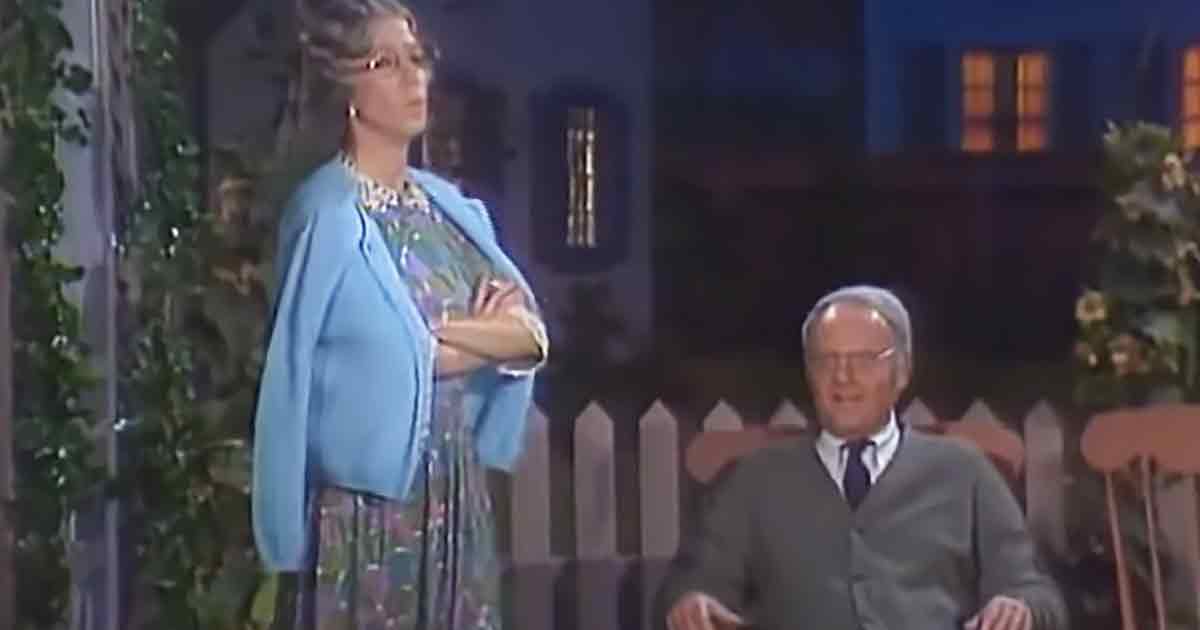 Molly comes out to sit on the porch with Bert, and she’s clearly not happy with him. He gets her chair rocking before she sits down to chat with her husband.

Molly is upset because she thinks Bert has forgotten their anniversary. He says he has a gift for her that she can open later that night. Molly looks at the camera and states it isn’t worth opening. 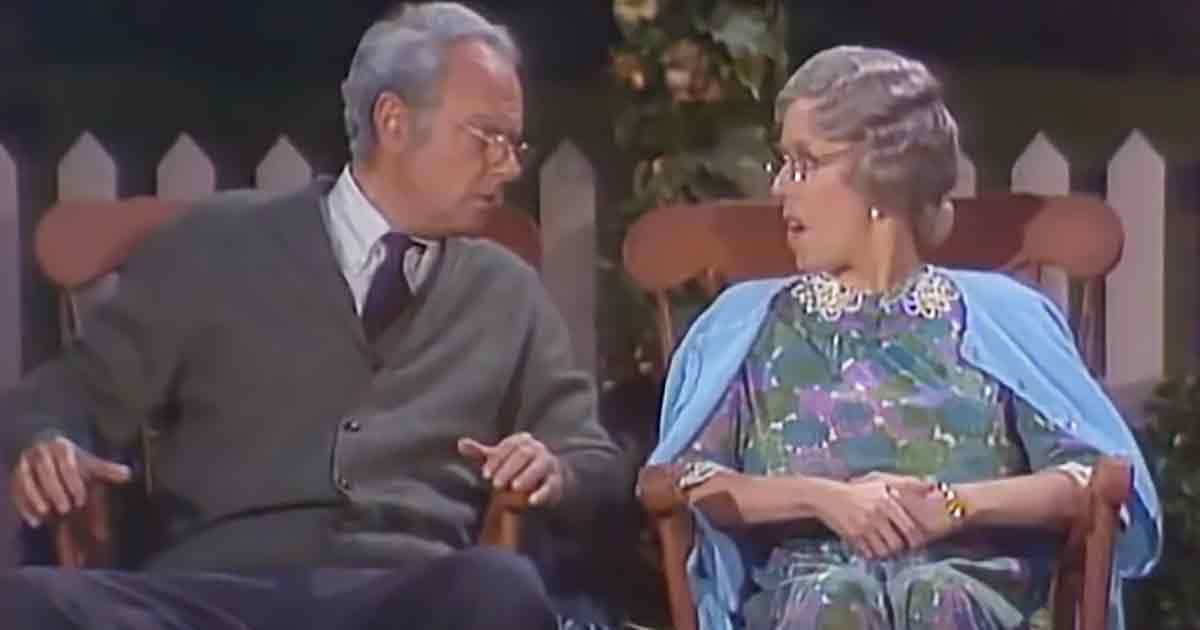 The audience roars with laughter as the two bicker back and forth about the last time they made love. Bert scratches his head because he can’t even remember what it’s called.

Just as Molly is about to give up and go inside for the night, Bert surprises her with a real gift. Burnett and Korman slip out of character momentarily, cracking each other up. 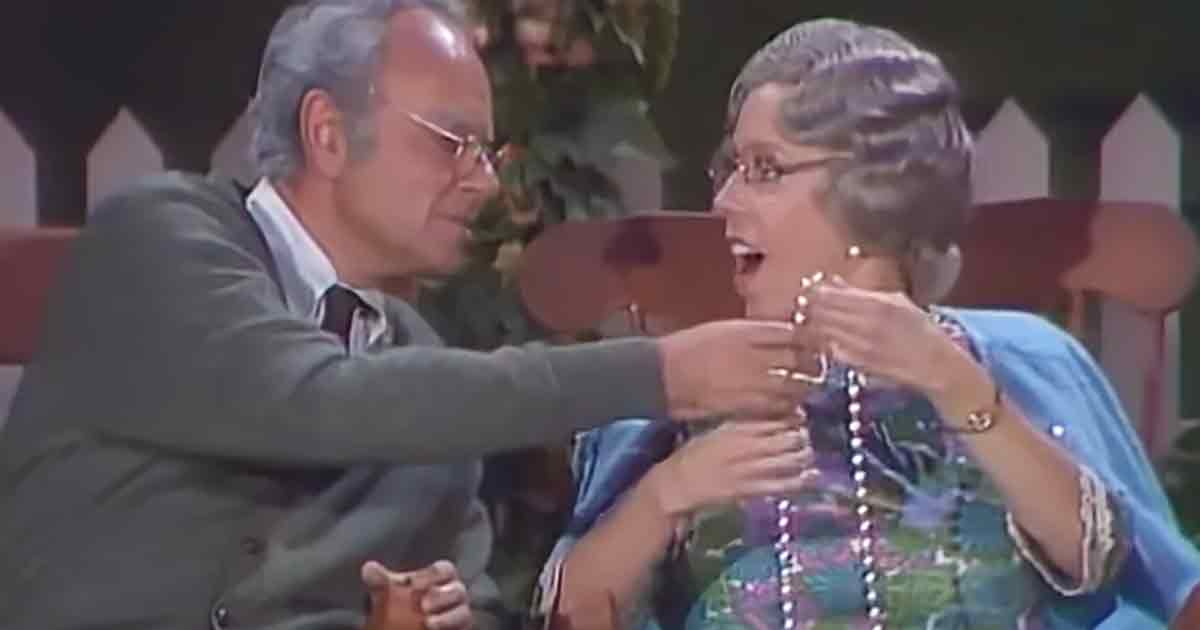 Molly opens up the present to find a beautiful pearl necklace. Bert claims that there is a pearl for each year they’ve been married and suggestively puts a hand on her knee.

Without missing a beat, Molly thanks him for the gift. Claiming to have a headache, she heads in for the night. Maybe poor Bert will get lucky next year on their anniversary!